8 Reasons Why Company Values Are Important 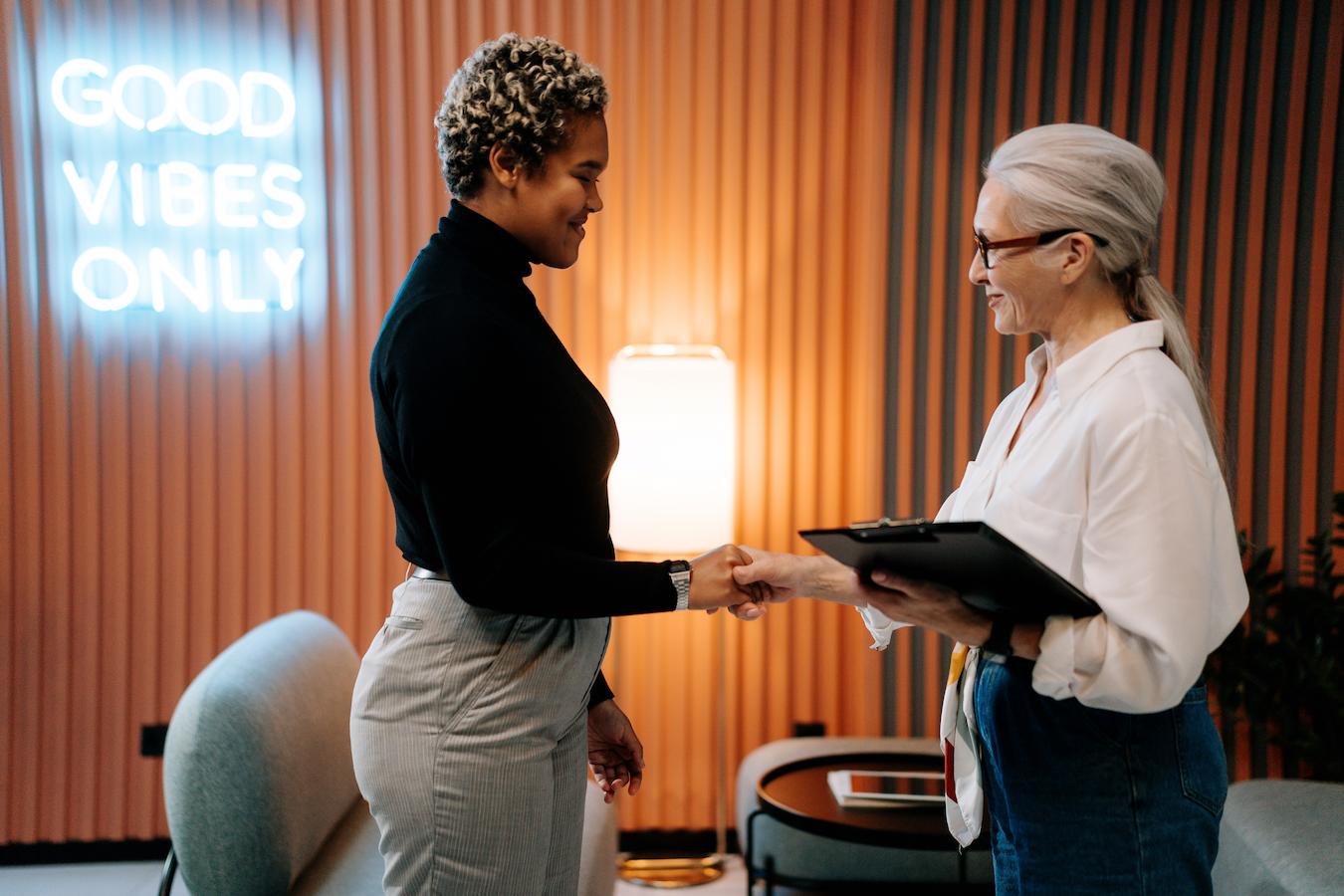 What influences company culture, you ask? Company values. Strong company values have an influence over both their internal and external affairs.

On the other hand, undefined company values tend to do more harm to a company than good. Below, I’ve mapped out 8 reasons why your company should determine its core values to make for a more positive team, a strong culture, and an environment where employees feel supported.

Did you know that a whopping 93% of employees would have stayed at a company longer if the organization had invested in their careers?

That’s right. Employees know when a company isn’t invested in their well-being – not just because there’s no emphasis on work life balance.

But because there are no shared values to tie everyone together. But when a company takes the time to determine a set of core values, employees have a better idea of how they fit into the whole picture.

Not only do core values make for a more positive work culture. Core values can even help you attract the right kind future hires and job seekers to your organization.

I see employees satisfied when a company states its values boldly and unequivocally. Because those employees know exactly where that company stands.

Plus, if you want the hiring process to go easier, company values can help you there too. Simply stating that equal opportunities are among your core values will attract the right kind of people for the job. 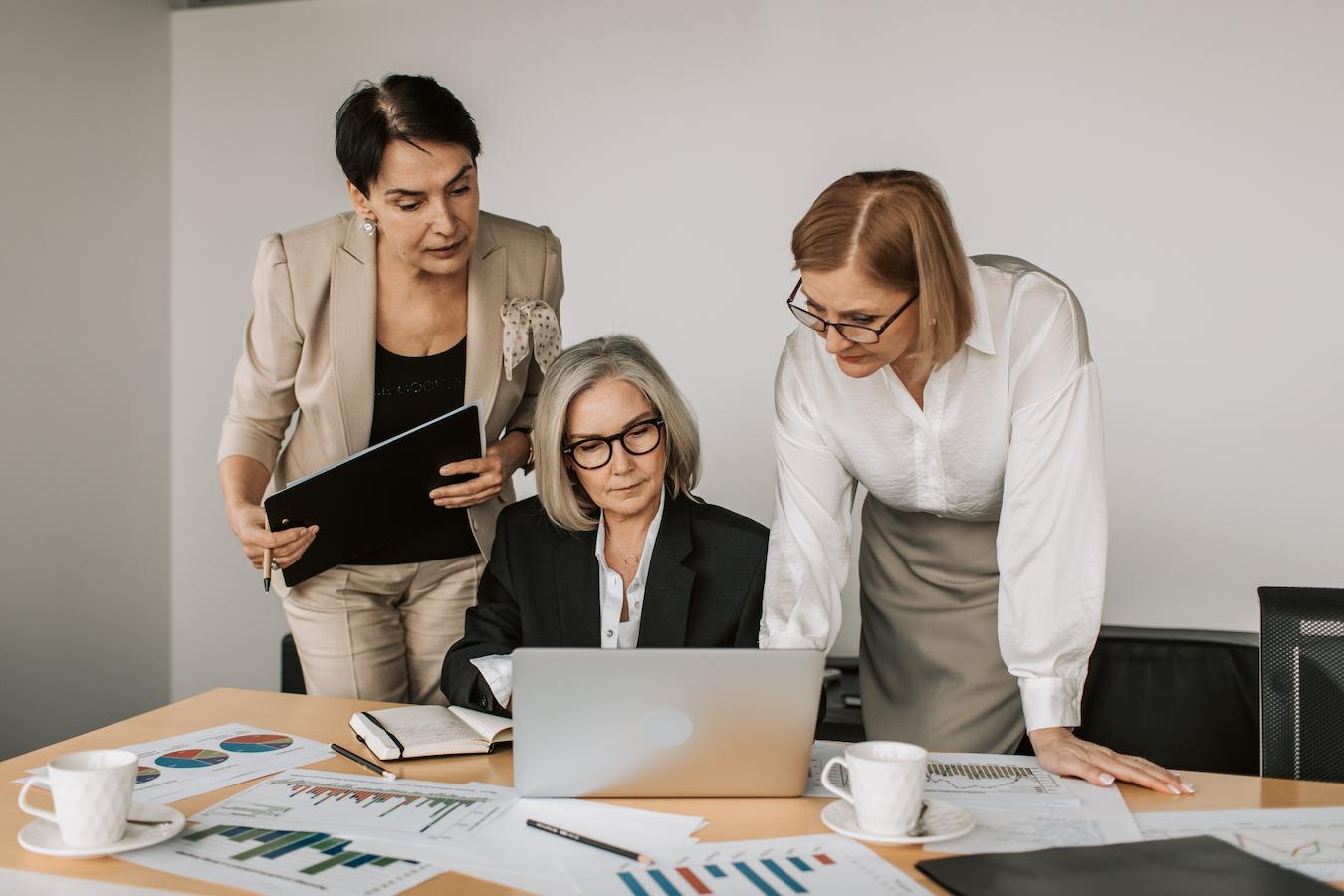 Lost productivity will be a thing of the past too. Because employees understand the driving force behind all actions the company executes.

I’ve seen and engaged in plenty of different communications strategies in my time as a corporate emcee. What I’ve found most telling is that internal communications tend to thrive under the guise of workers who share the same values.

With company values defined, employees communicate on a level basis. They are not having to skirt the conversation in different directions, trying to get a clear answer.

Instead, with the company’s DNA spelled out for them, they know that both employees and external stakeholders have a similarity. That similarity lies in the shared values they all signed on to carry out.

A company’s values can also influence the status quo as well as the fundamental beliefs of the company’s culture.

Common company values include respect for others, having a strong work ethic, and collaborating when necessary. But if this isn’t spelled out to employees, what should employees expect?

Confusion, chaos, and questions. (If only that last one started with a C too – darn!)

But the point still stands. Employees want to have clear company values so they know what to expect from their supervisors as well as from themselves.

Corporate culture influences productivity. It’s as simple as that. Think of it this way.

When you put people in a room and tell them to work, they’re going to wonder why. If you don’t tell them, all you’ll be left with are actively disengaged employees. 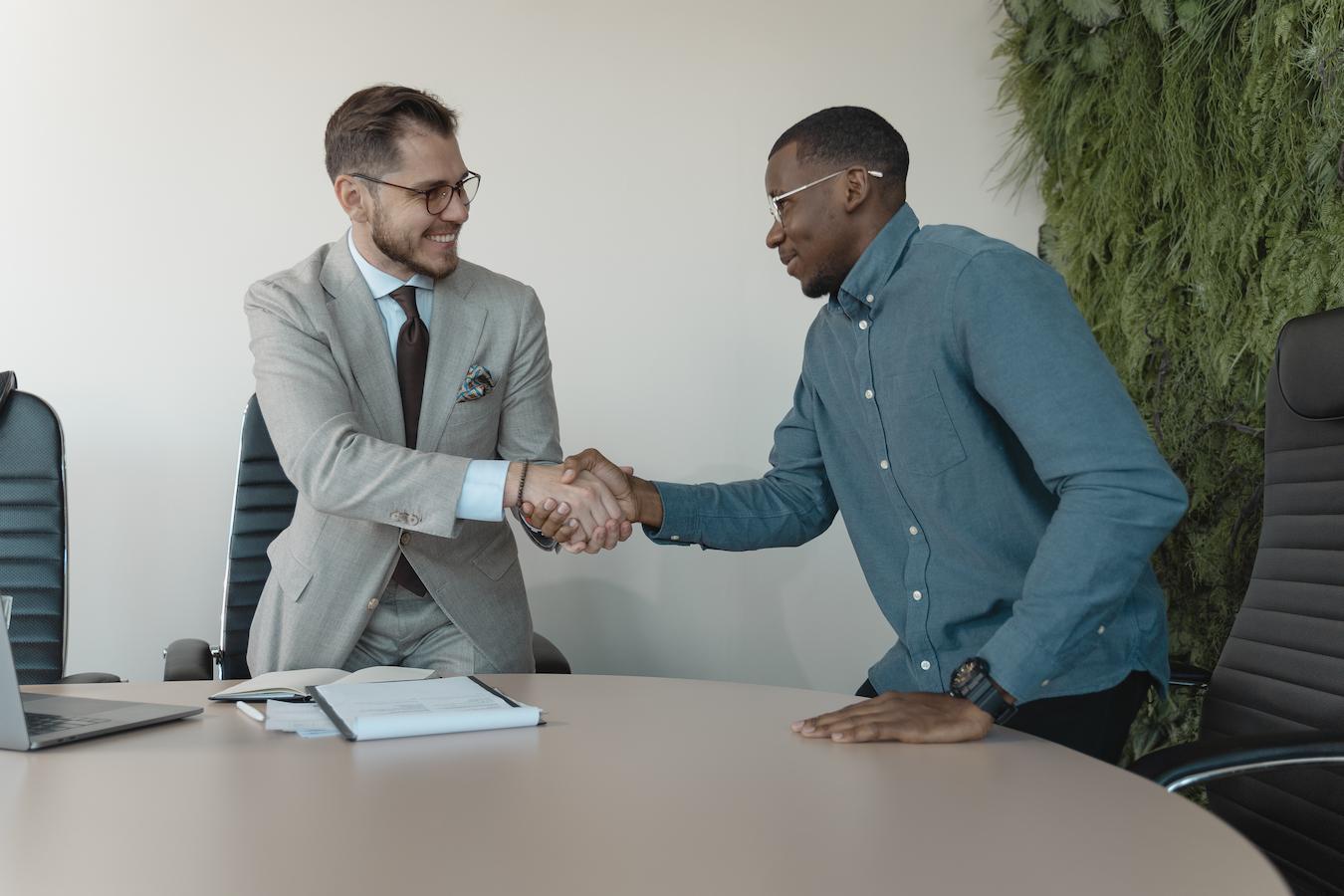 But, give them something to work towards like core company values and they’re off to the races. Most often, the driving force behind employee engagement is their internal question of, “Why?”

Employee engagement also acts as a gateway to customer satisfaction.

So as they engage with customers, employees have those core values at the forefront of their mind. Clients love to see company values in action.

#4. Core values matter when cultivating open and honest relationships in the workplace

As any master of ceremonies knows, communication is the key to everything in life. The workplace is no different.

You want employees to be able to have open and honest conversations. That comes from the values you put forth as a company.

A company’s identity can greatly influence employee communications as well as how business leaders and HR leaders conduct themselves as an extension of the entire organization.

So it’s not just about the internal communications your company experiences. It’s about the image you put out to the world.

Stating your core values gives you an opportunity as a company to share who you truly are. That authenticity speaks volumes to the consumer as well as to those who work for you.

#5. Loyal customers like to know what a company stands for 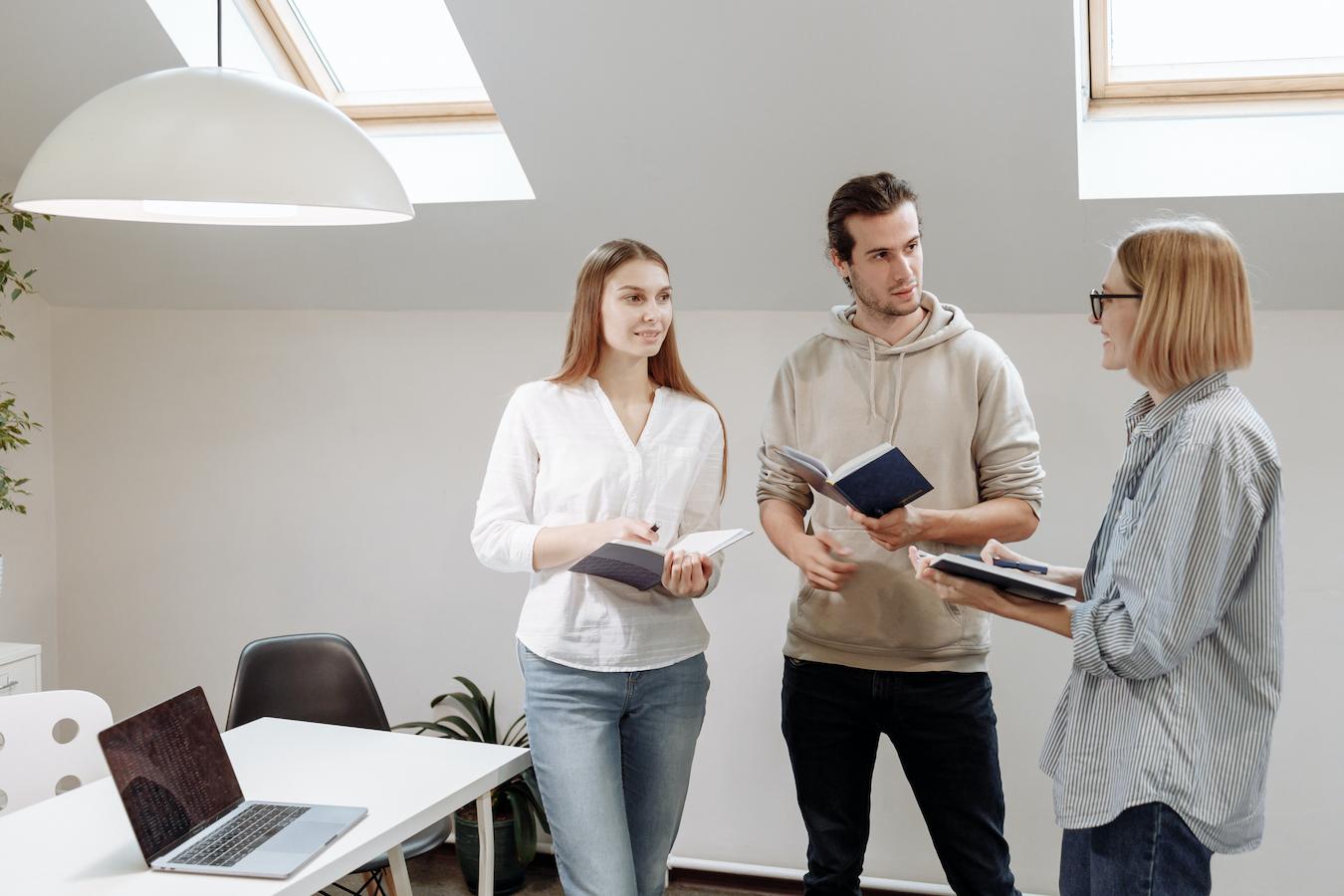 In fact, employees who don’t like their company’s culture are 24% more likely to quit their jobs. That’s something customers notice. Don’t think you can sweep it under the rug.

Now more than ever, customers are looking at where and who they want to put their money behind.

What company exists in a vacuum? Not a single one.

What I’m saying is that an organization’s values have to act in conversation with the world around it. Otherwise, both employees and customers alike start to question its relevance.

Putting your values out there in direct response to the world makes a big impact on how your company is viewed. For example, when the global pandemic first hit, plenty of companies shared their values on safety protocols, procedures, and more.

This gave employees and customers alike a sense of the company’s core values. Especially during a time of unease and anxiety, stated core values such as these can not only protect a company but build loyalty amongst its workers and clients.

#6. Company values also play a part in how you determine company goals

You may have specific goals in mind for your organization. But your company values will determine how you go about achieving those goals. 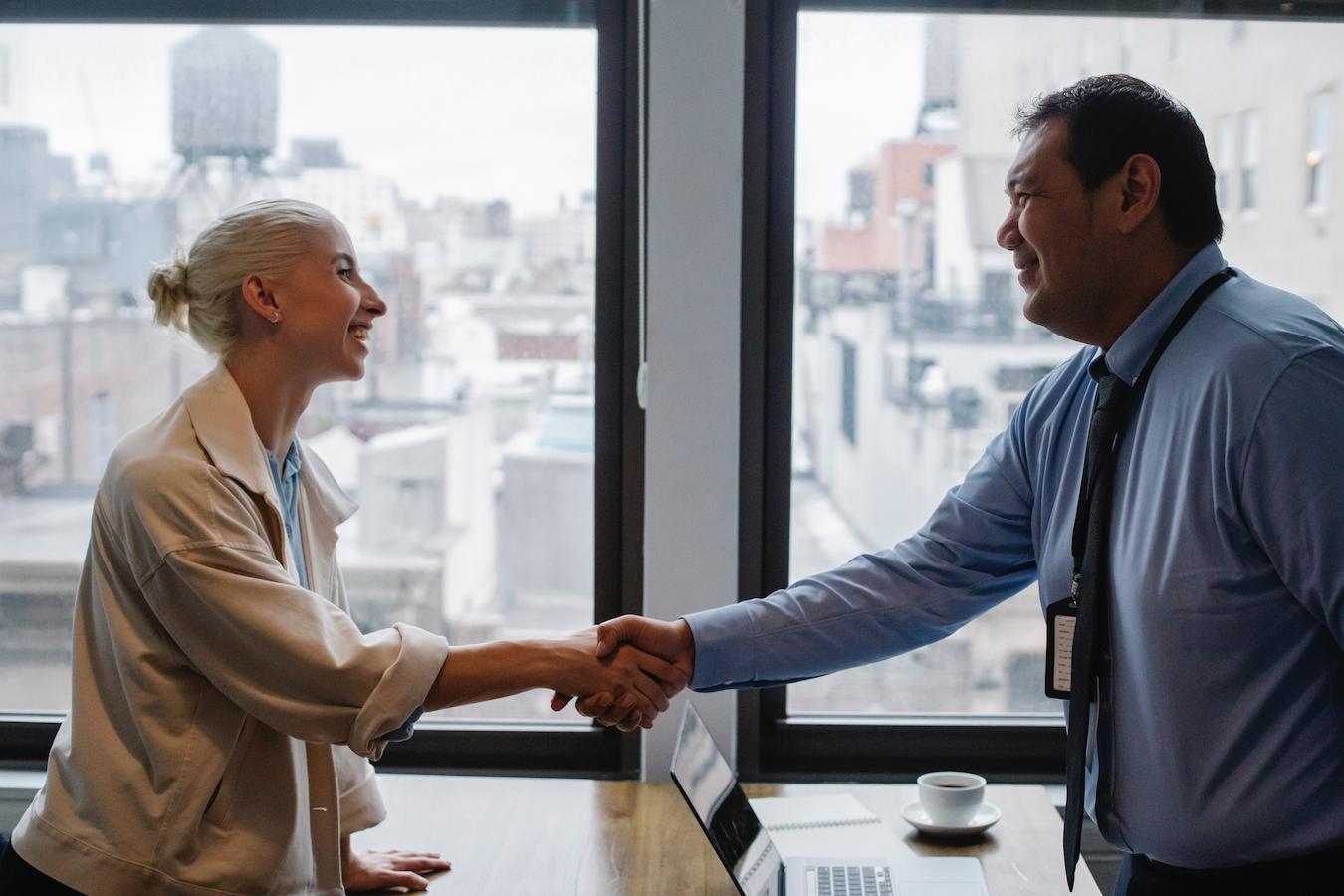 Furthermore, sharing your core values as a company gives clients and employees an idea of how you plan to conduct orders and procedures. So again, it’s a way of establishing expectations for those involved in the company.

Core values aren’t just words you write down in a mission statement. They’re guiding principles that can influence the interview process, peer feedback, and more.

Too often, I have seen companies write down their core values but ignore them in their actions. Just to give you an idea of how much putting values into action means to employees:

38% of U.S. employees want a job that aligns with their interests and passions while 33% of U.S. workers say they would pass on the perfect job if they felt the company culture wasn’t a good fit.

While setting company values in stone is a first step, the next is to act on them. Otherwise, these values mean quite little without anything to back them up.

Instead, these values can be implemented in the hiring process or through regular check-ins with HR leaders. Ultimately what’s at play is the desire for action and a commitment to acting on the written word.

Bonus: How to Secure Corporate Sponsorships in 4 Simple Steps

#7. Core company values shape the future of where you want your organizational culture to go

By now, it’s clear that company values determine the day-to-day operations of a company. But it doesn’t just stop there. 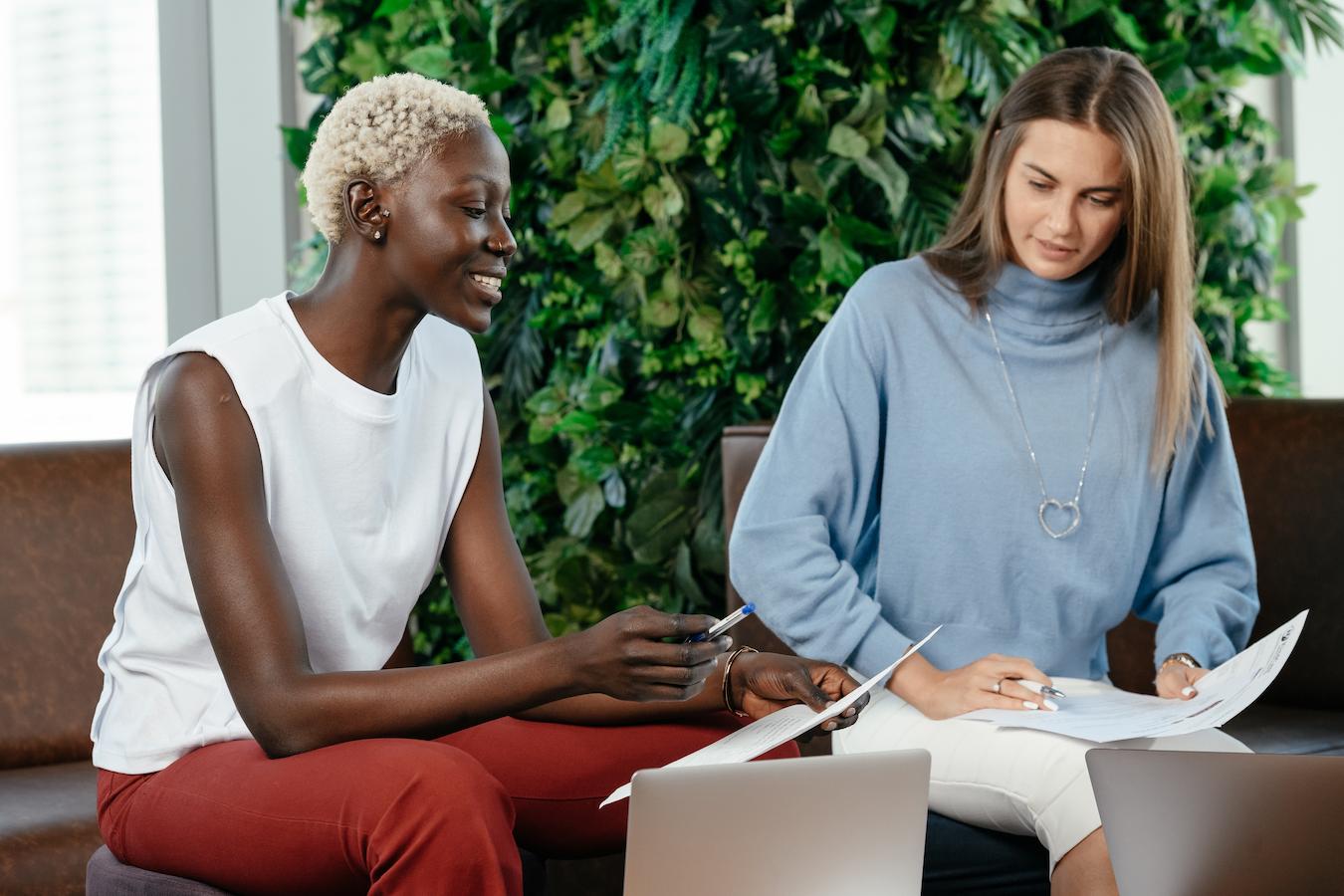 The future of your company rides on the very values you set out to achieve. Because they set you on an intentional path that you have actively chosen to pursue.

Company values play a role in how you want your company defined. Plus, these same principles can contribute to well-defined business goals.

Besides, it doesn’t hurt that 76% of employees believe that having those well-defined goals helps to cultivate a positive working environment. You really can’t go wrong with defining the present while investing in the future.

#8. Having a clear set of values enhances the employee experience as it encourages each employee to pursue growth

Every company thrives when all members are on the same page with one another. But that doesn’t mean individual employees shouldn’t still be working towards their personal goals.

In fact, setting clear company values may even inspire employees to assess their own values. Not only in relation to where they are working currently. 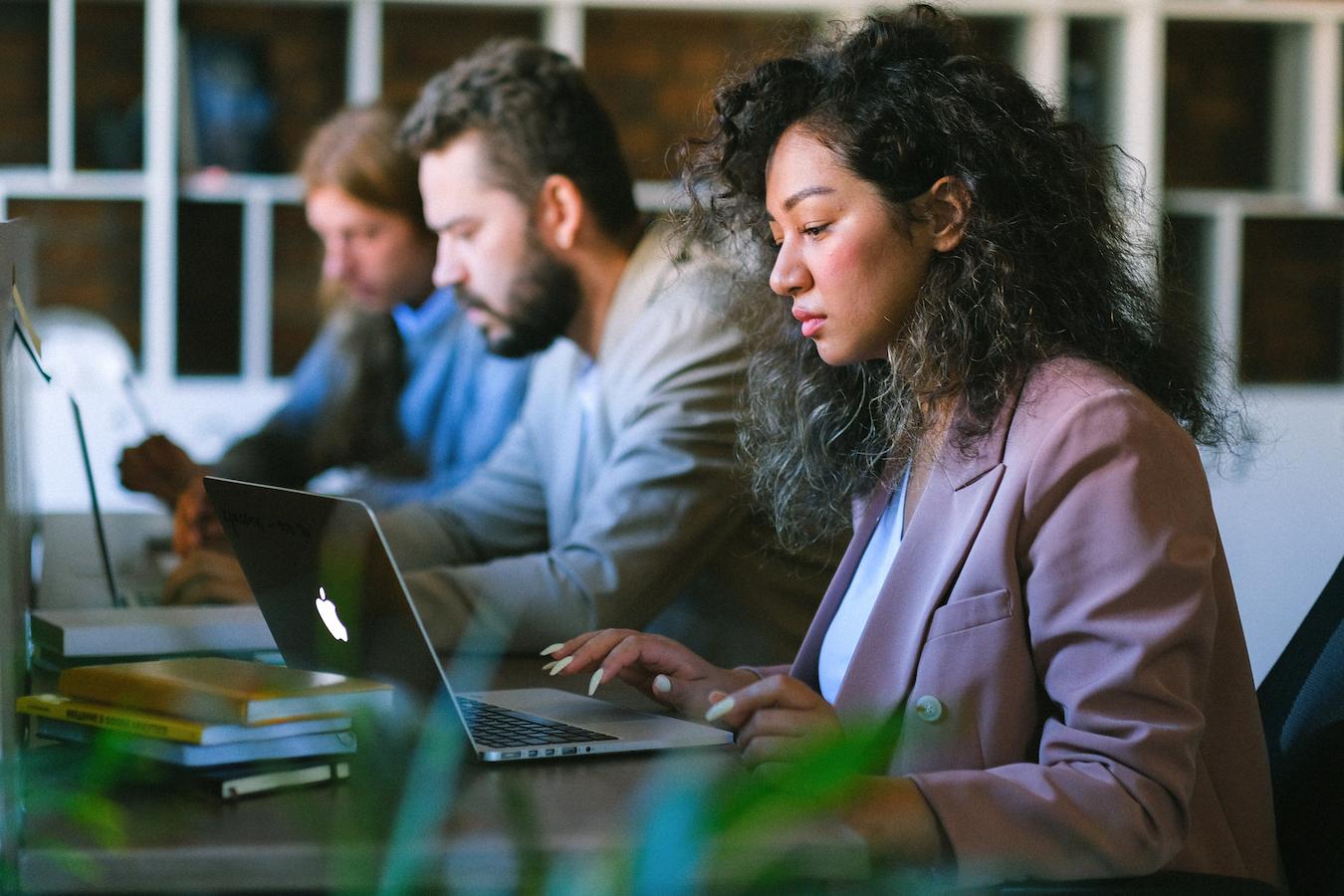 But where they want to be working in the future. This way, you’re able to offer employees a bigger perspective to latch on to while reminding them that you have their best interests in mind.

Regular check-ins enhance the family spirit of the work environment while giving folks a chance to amend stated values to keep up with the times.

Returning to your core values is just as important as making them in the first place. Some values may not hold up over time.

When that happens, it’s time to reassess and edit. Having these regular times to check in with employees and your core values is essential for your company’s continued growth.

So don’t think you can set it down and walk away. It’s something you and your company will constantly be working on. 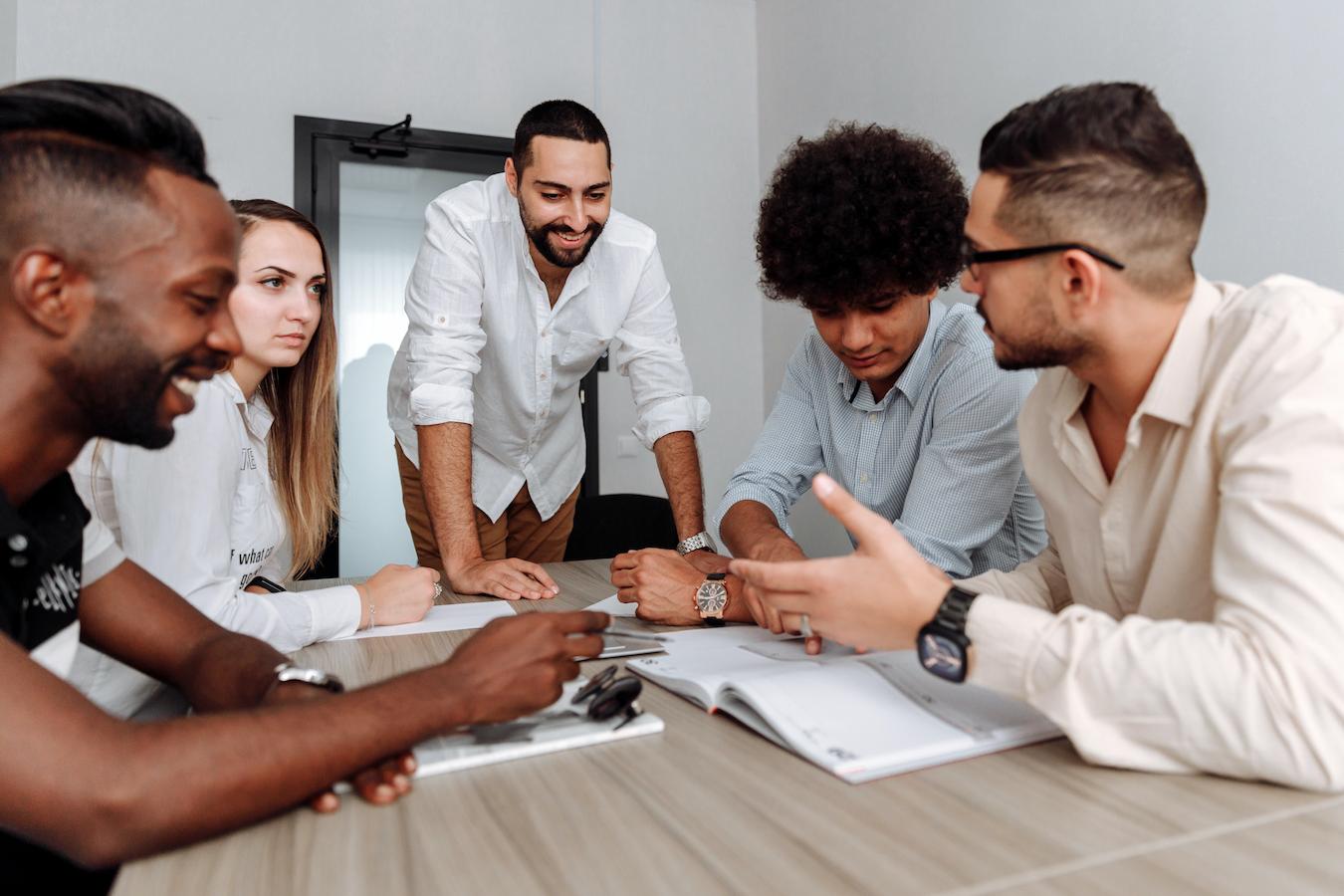 Bringing it all together

As a corporate master of ceremonies, I really can’t say enough about the importance of company values. Give your employees something to work towards.

Remember that you can always go back and revisit them. Make it a point to invest in the identity of your organization. 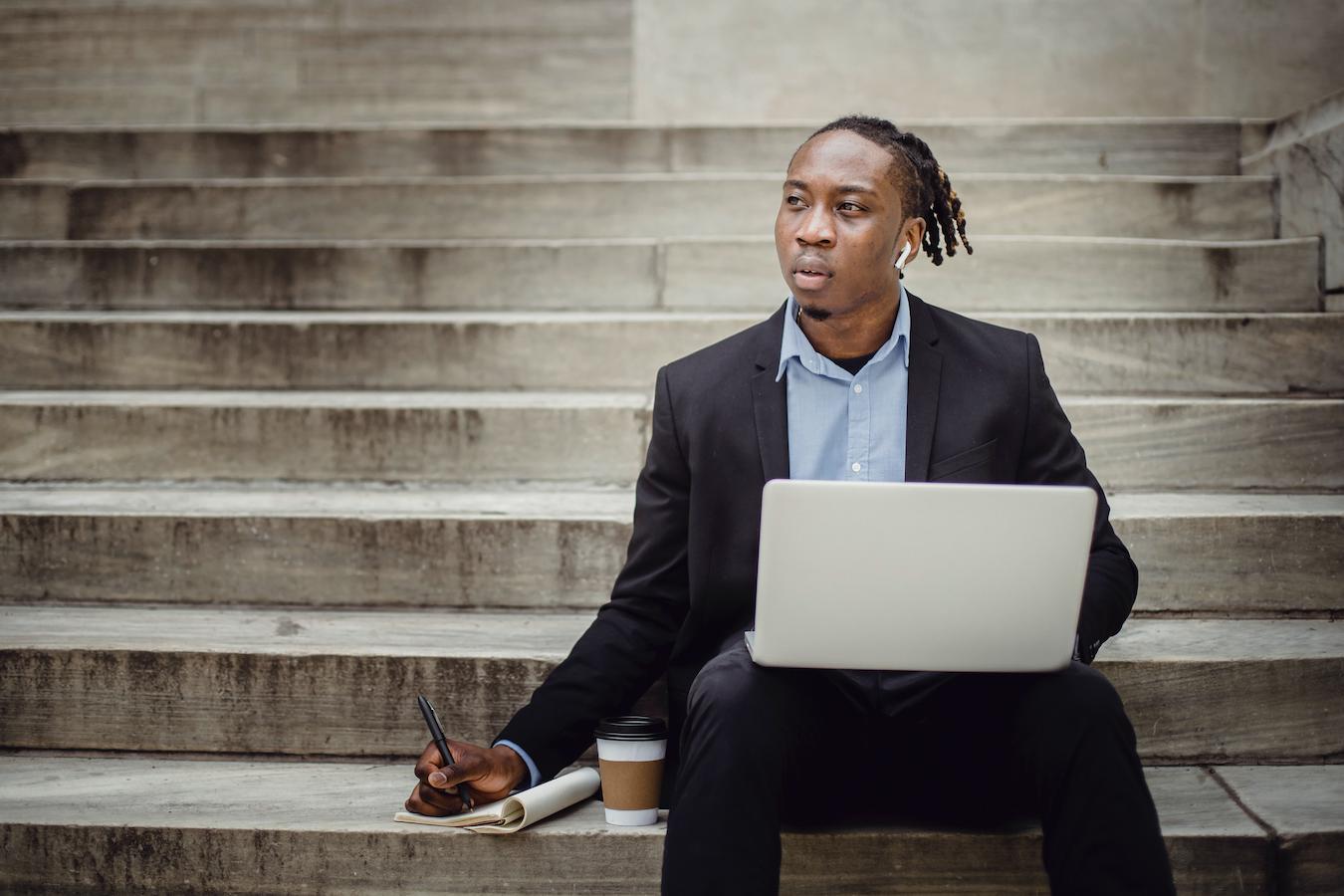 Deep Dive – How To Be A Great Emcee

Deep Dive – How To Be A Great Emcee