5 Reasons Why Logos Is Important For An Effective Speech

There are a few core components that complete the foundation of public speaking. And without these fundamental aspects, any public speaker is bound to lose effectiveness and success. One of these primary aspects is something known as LOGOS.

So, what exactly is logos, and what does it mean for public speaking?

See Related: 10 Reasons Why Leadership Is Important In The Workplace

What It Means To Have A Logical Appeal

Throughout our lives, we interact with many different people and speakers. Sometimes, we hear a motivating speaker that truly touches our hearts and even changes our state of mind. But, other times, we may listen to a speaker talking nonsense.

So, how do we know for sure when a speaker has limited or nonexistent logic? After all, not all speakers know how to properly wield the concept of LOGOS to their advantage.

Logos is a Greek word, which is what the English word “logic” is derived from. Simply put, LOGOS refers to using logical arguments and thinking to support a narrative or argument.

In the case of public speakers, this type of logical argument or appeal is the foundation of any speech or presentation. Without it, audience members will readily perceive the message as unclear or simply untrue.

Why Is LOGOS Essential For Public Speaking?

Logos appeals to the logical side of your audience. And if your audience believes or deems your argument as illogical, your message has already fallen apart.

As a speaker or emcee, you need to ensure your content is logical. But there is a difference between written logic and unwritten logic.

You can orally detail a logical argument. But if you don’t back it up with evidence, it can still fall apart. And if your audience believes you are an illogical or unreasonable speaker, your entire rhetorical argument lacks impact!

It’s clear to see that this Greek word LOGOS has some pretty powerful implications on public speaking as a whole. Regardless, here are five main reasons why LOGOS is critical for public speaking.

#1. Logic Is The Foundation Of A Great Argument

Logos was first described by the Greek philosopher Aristotle. In fact, Aristotle described three appeals in total that establish the foundation of public speaking.

Ethos, pathos, and logos are the three pillars of persuasive speaking; without even one of these principles, the entire speech falls apart. And it’s easy to see how nothing can be seen as credible or even real without the foundation of logic.

If you want to become a reliable source and a persuasive speaker, you need to know how to utilize logical arguments in your work. Logic will be the foundation of your speech, with the rest building upon this primary principle.

However, we can objectively say that any of the three pillars are the foundation of a sound argument. But it’s safe to say that without logic, any emotional connection or credibility you have established will instantly evaporate.

As an experienced emcee, I know how logic is critical to ensuring a speech is well-received and understood. Without it, the entire act falls apart!

An audience won’t trust, listen to, or respect an illogical argument. So make sure you at least have that!

The rhetorical appeals of public speaking aren’t entirely black-and-white. In fact, they intertwine themselves quite a bit.

ETHOS is another appeal that is very effective in public speaking, but it has to do with the level of credibility and trust a speaker obtains from the audience. This particular detail can be much aligned with that of LOGOS.

Regardless, another vital aspect of public speaking is creating believable and realistic rhetoric. Telling wild talks of completely outlandish and unfounded claims will effortlessly establish you as a speaker of gibberish.

That’s why creating credible and logical rhetoric is critical to establishing yourself as a trusted expert.

Your audience will react positively to common sense and will be able to smell something rotten or twisted from a mile away. By using logical reasoning, you can create a believable and persuasive speech that your audience trusts!

#3. Give Your Audience The Push To Come To A Conclusion Before You Tell It To Them

The trick with LOGOS is in using it the right way.

Of course, you need to apply a logical appeal to your work by using rational arguments. But to genuinely radiate logos as a public speaker, you need to find other ways to show your audience you are a credible and logical authority on the matter.

One of the best ways to do that is by encouraging your audience to reach your argument’s conclusions before you do. (This was actually a tip from Aristotle.)

If your argument truly is logical, your audience should be able to reach the conclusion you are going to reveal on their own. Now, not everyone will have the same ideas, beliefs, or assumptions as you, but the general idea is still the same.

You might need to lead them there by using syllogisms. Here is an example:

In this case, the big reveal is that all elephants are animals. Which is not super exciting. But hopefully, in your speech, you will have something much more impactful and meaningful.

Just don’t use fake syllogisms to create fake “logical” connections. This is a powerful tool, and very useful in public speaking!

#4. Obtain Evidence OR Proof To Back Your Claims

The thing about logical arguments is that sometimes you need to back up what you’re saying. Yes, you can easily appeal to logic by using common sense arguments, but sometimes logic isn’t that readily understood.

Another essential thing to remember is that your logical argument should be rooted in facts, evidence, and proof. If any given type of evidence disproves your idea, it’s dead.

Because a logical or rational argument shouldn’t be able to be easily disproven!

Constructing your logical appeal is about creating a solid argument. To do so, ensure you come armed with proof and evidence to back your claims.

Bonus: 7 Tips For Managing Diversity In The Workplace

#5. Standing by Clear Ideas Establishes You As A Logical Speaker

In order for your audience to trust your arguments, they need to trust you as a speaker. And to establish yourself as a logical and trusted source, you must ensure your material reflects that.

Use terminology and phrases that your audience will understand. Play to your strengths to clearly communicate your arguments. Ensure what you’re saying is understood.

If your speech or presentation doesn’t actually make sense, the logical appeal falls apart right away. So craft a clear and concise message, and deliver it flawlessly!

Drawing Out A Logical Instead Of Emotional Response

Ethos, pathos, and logos are the three pillars of persuasive appeals. And each of them has a particular purpose.

To fully understand LOGOS and how to use it, it’s essential to know what the other two pillars stand for.

As we know, logos refers to the logical side of an argument.

And in order to deliver a flawless speech, you need to be able to use LOGOS, PATHOS, and ETHOS together. When even just one aspect is missing, your entire speech will fall apart!

Each of these aspects builds on the other, so keep in mind that only utilizing logos won’t guarantee you a great speech.

To understand logos completely, it’s also essential to know how deductive and inductive reasoning are used to establish logic in an argument.

When you use logos, you can provide your audience with logical and rational evidence for your argument. This can include statistics, facts, and evidence. By providing this, you can build credibility with your audience and establish yourself as an expert!

Creating a speech that truly speaks to your audience should contain all aspects of all three pillars of persuasive rhetoric. And crafting a logical speech doesn’t start and end with logos.

Your statements must be built on credibility, fortified with logic, and delivered with emotion. With each of these aspects covered, your argument will be foolproof and crystal clear. Now that’s the mark of a great public speaker!

If there is an argument built solely on emotion, it is likely rooted in opinions and not in facts. But an idea created solely around logic won’t have the emotional appeal needed to deliver it to an audience.

As a public speaker, your primary goal is to reach your audience. All great public speakers and emcees know that in order to truly excel at their art, they need to connect with their audience. And that is only possible when all three pillars are utilized and utilized correctly.

Public speaking is about more than writing a script, practicing timed pauses, and rehearsing in front of a mirror. Spoken word is a potent method of communication and needs to be treated as the superpower it is!

Once you understand what LOGOS is and how to use it, ensure you actively implement it in your next speech. You may assume that you argue with logic, but when you take a step back, it can look different from an alternative point of view.

Don’t let anything fall through the cracks. Instead, use credibility and authority, logic and common sense, and emotion and passion for arguing your points, and watch how your speeches thrive! 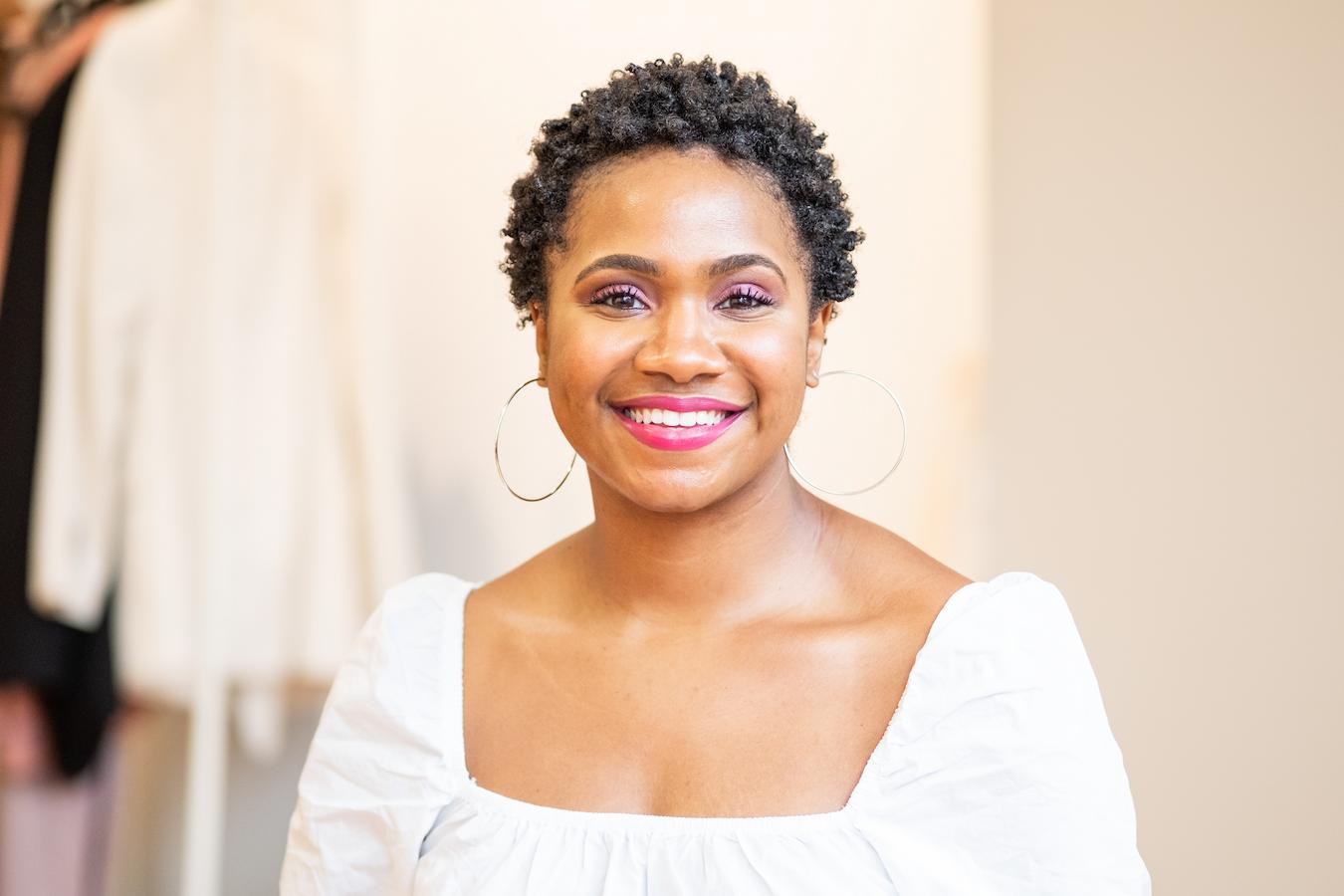