What Is An Emcee? 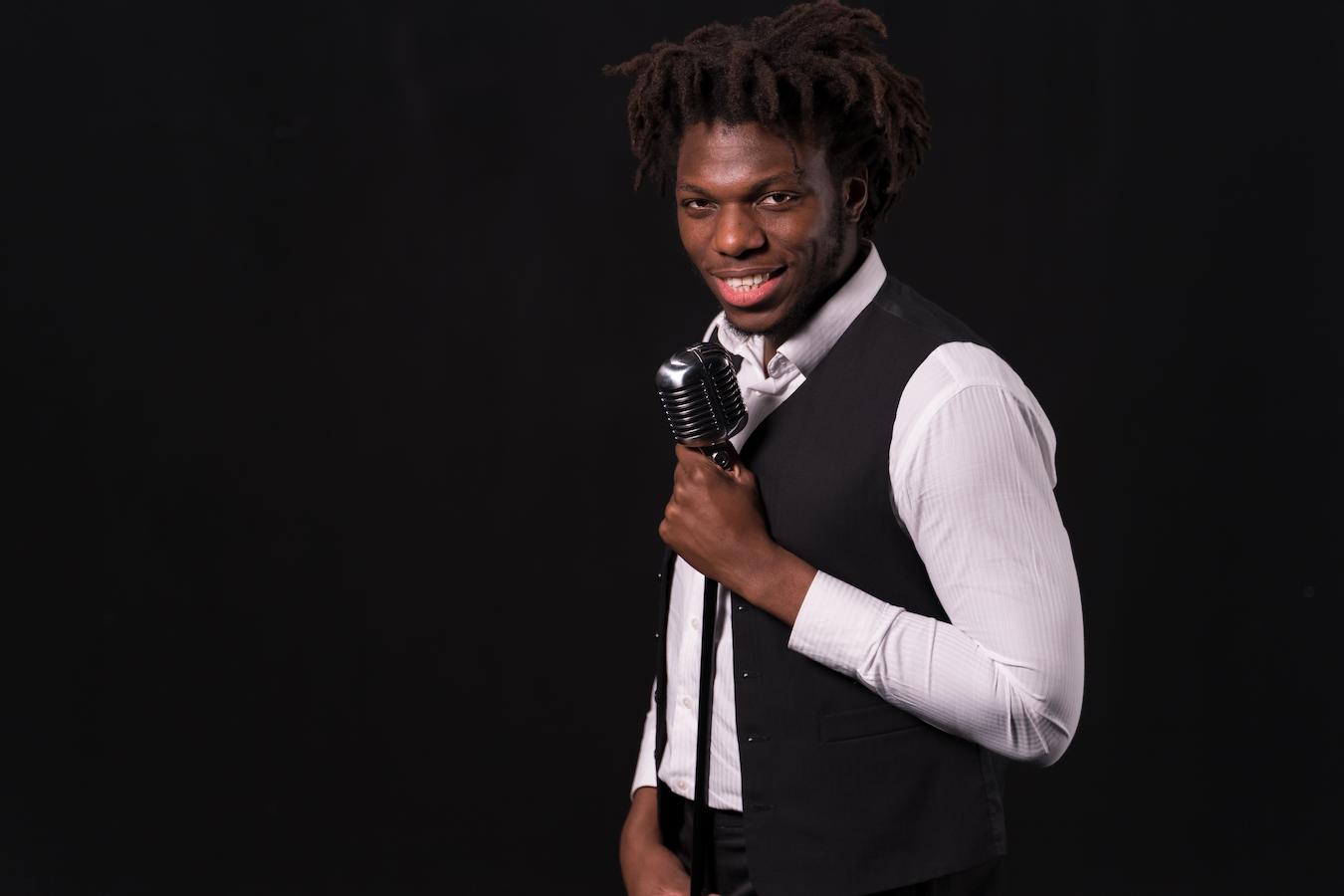 Emceeing is nothing new to me. In fact, in my 25 years of experience emceeing has taught me quite a lot.

Some people think of the hip hop world world when they hear the term “MC.” But I’m here to put that misconception to rest.

The definition of an emcee

MC stands for Master of Ceremonies. And another way to write out MC is emcee.

As a noun, a Master of Ceremonies is the point person who hosts a program of entertainment. But it’s when emceeing is used as a verb that you get to see all of their responsibilities in action.

The responsibilities of an event host

I know you only came for the definition of an emcee. But this technically fits into the very definition of what emceeing and hosting an event entails.

Besides, if this doesn’t prove to you just how important an emcee is to your event, I don’t know what will. Because emcees are the type of performers who know how to get the job done.

#1. Welcoming the audience into the event

Obviously, getting an entire crowd excited and rallying behind you can feel like a daunting task. After all, there’s person after person in the crowd who might not have anything in common with each other.

But that’s where an emcee comes in. An emcee knows how to bring the audience together.

First, by welcoming them into the event. This gives the crowd a point person that they can rely on throughout the event.

#2. Making sure the audience knows what to expect

Next, an MC will make sure the crowd knows exactly what’s to come. Of course, you can save a special surprise here and there in your event.

But for the most part, an audience likes to know what to expect. Besides, this is the perfect opportunity for a corporate emcee to get the crowd excited for a particular performer or speaker that’s coming up.

And this just lays the foundation for a good energy in the room. See? It’s not just about controlling the microphone, now is it?

#3. Laying down house rules, if any

Okay, this might be more akin to being an MC as a hip hop artist. But let’s say you’ve got a job for an emcee as auctioneer host.

Well, in that case, your emcee will need to let the audience know how to bid. Or what kind of behavior is appropriate and/or tolerated.

Of course, this part of an emcees’ job can feel more informative rather than entertaining. But a good emcee will know exactly how to meld the two together, making for both an informative opening that’s also an entertaining act.

#4. Introducing another speaker or performer

Every event or business meeting will have a different number of speakers come on stage. But an MC will need to know how to get the crowd just as excited for each person about to make their stage entrance.

An MC will also give any background information on the next person up. So this way, the audience has an idea of what the upcoming talk will be about.

Or, if it’s a particularly big-name speaker, they’ll just get even more excited than before. An MC is all about building up that hype after all.

#5. Keeping the show on track and on time

You might not know it. But an MC’s job also requires that they act as a stop watch.

If there are any difficulties on stage, they’ll need to know how to pick up the slack later on. Live shows are all about the unexpected.

Unexpected delays, unexpected hiccups, etc. But a good MC will know how to handle these bumps in the road with finesse.

You know how at parties there’s a little bit of dead time in between acts? Well, an MC is here to get rid of that dead air on stage and keep the momentum going.

As the next couple of acts get set up, an event emcee might address the audience. Or at least distract them from what’s going on behind the scenes if acts require additional setup.

Even if it’s happening on the stage right in front of them. Some say that emcees are also like magicians and, in this case, I’d have to agree with them.

At any event or conference, there’s a lot of information to take in. So it’s only understandable that an audience member might zone out after the first thousand words spoken.

But an MC adds just enough flair to the act that the audience will be hanging on every word. And not just when the MC is on stage.

But when the other acts or speakers come on too. It’s all about building the hype and keeping the train chugging forward.

#8. Being able to improvise when needed

A big part of the job as emcee is being able to improvise. And that’s a skill that you’ll definitely be happy you paid for.

Because improvising isn’t as easy as it sounds. It’s about thinking on your feet or taking inspiration from one word and stringing a whole story together.

Sure, that makes it sound easy. But you never know when you’re going to need a little improvisation in the middle of an event.

After all, it’s a little awkward to have somebody come up to the microphone and say, “Well, that’s it. Bye!” Right?

But part of my job as emcee for your event is about thanking the audience for their attention and attendance. Giving them any additional information they may need. And bidding them a gracious farewell.

Why hire an emcee?

So, I still haven’t persuaded you that an MC is the right one for your job? Well, here are a couple of other reasons why you’ll appreciate having an MC by your side.

To give your event an ensemble feel

Are people attending an event or a one-person show? Get an emcee in there not only for their skill, but to give the crowd a little variation.

Besides, imbuing an ensemble feel makes everyone feel validated. And there’s nothing more empowering than that.

Odds are you’ve got plenty more to focus on than simply being at the mic. So let the emcee handle that part and you can focus on the rest.

That way, you’re not stretching yourself too thin. And you’re taking advantage of the resources you have around you.

To get a speaker that’s guaranteed to entertain your audience

If you want any guarantees out of your event, it’ll be the guarantee of attendee satisfaction. So if you’re at all worried about how to entertain the crowd, go with a seasoned professional.

We’ll know how to interact with the crowd and how to make them feel both at home and excited. Trust us, it’s a skill we’ve practiced and perfected over time.

To have a designated microphone controller

A hot mic can sometimes feel like a hot potato. You’re constantly looking for somebody else to toss it to.

But having a designated microphone controller like an emcee can get rid of at least some of that anxiety. And if you really hate holding a mic?

Then definitely get an emcee for your event. We’ll never admit it but holding a microphone in front of a crowd is truly our bread and butter.

You might have thought you were just getting the definition of the noun, MC, when you entered this post. But if you got more than you asked for and you enjoyed it, then that’s exactly what an emcee is supposed to do.

So now that you know a little bit more about emcees, consider us for your next event. We really do know what we’re doing. 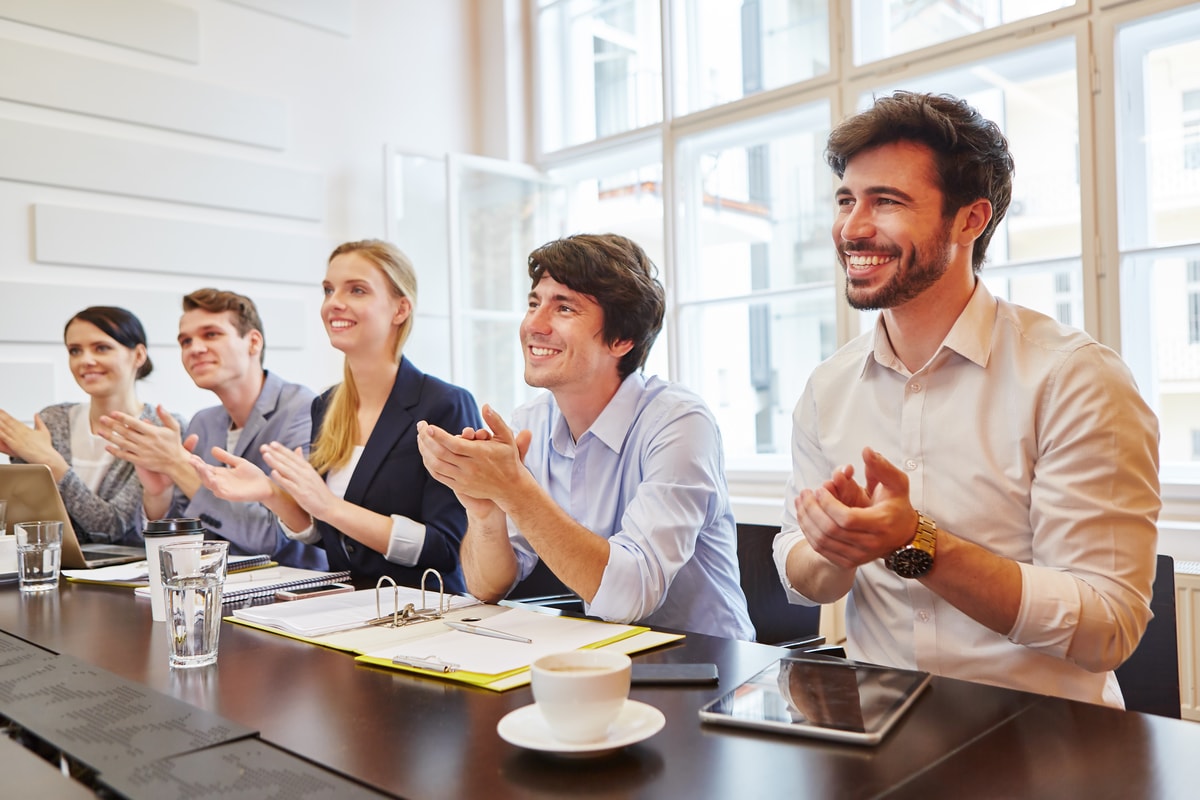 20 Great Quotes To Help You Deliver A Killer Speech

20 Great Quotes To Help You Deliver A Killer Speech