How To Create A Captivating Keynote Speech 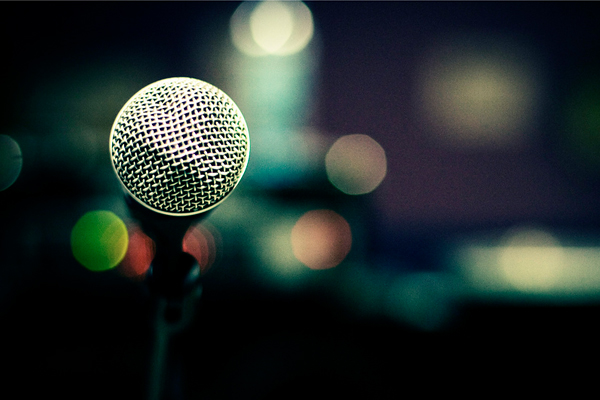 “Let every man or woman here, if you never hear me again, remember this, that if you wish to be great at all, you must begin where you are and with what you are . . . now.”

Over the years, I have delivered many keynote presentations. But I haven’t come close to the record set by legendary speaker Russell Conwell back in the late 1800s. Conwell delivered one captivating keynote speech “Acres of Diamonds” 6,152 times! Now there’s a guy who stayed on message.

He pulled this off before the invention of cards or Southwest airlines. The speech generated millions of dollars. Conwell funneled that money into his ream—building a college for underprivileged but deserving students. He raised nearly six million dollars—that’s like 3.2 zillion dollars today. The university he founded, Temple University in Philadelphia, is still thriving today.

Conwell became famous as a lecturer. His keynote message was delivered as part of a traveling tent show that visited towns in America’s heartland, presented musical performances, plays, political speeches, and spellbinding storytelling. Russell Conwell’s “Acres of Diamonds” talk was part sermon, part drama, part stand-up comedy, and always entertaining. He never got tired of delivering his “Acres of Diamonds” message. Each time he shared it, he made it seem like it was the first time he had ever given the speech.

What was the main idea behind his famous keynote speech?

Conwell told about a farmer who lived in Africa. The farmer was tired of farming—it was such tedious, hard work—and he became obsessed with the quest to find diamonds instead of raising turnips. Vast quantities of diamonds had been discovered on the African continent. This farmer was convinced that mining diamonds was a much better kind of work that digging turnips. He sold his farm. He left his family and friends and wandered all over the African desert.

Here’s the sad part . . .
Years slipped away. The poor farmer never found the diamonds he longed for. He ended up completely broke and miserable. He threw himself into a river and drowned.

Here’s the amazing part, and the lesson:
Meanwhile, the new owner of his farm picked up an unusual looking rock and put it on his mantle as a conversation piece. A visitor came by, and when he saw the rock, he nearly fainted. He told the new owner of the farm that the crazy-looking rock on his mantle was actually a diamond. A very large diamond! It would, in fact, prove to be the biggest diamond that had ever been discovered. The new owner of the farm said, “Really?” The whole farm is covered with them.” And indeed it was.

The farm turned out to be the Kimberly Diamond Mine . . . the richest diamond mine the world has ever known. The original farmer was literally standing right on top of his own “Acres of Diamonds.”

Here’s the point of Russell’s legendary keynote speech: Everything you are looking for is right under your nose! You are smack in the middle of your own “Acres of Diamonds” right where you are now.

Magicians are known for closely guarding secrets. Some magicians say, “The best way to hide a secret . . . is to put it in print. The idea is that people don’t notice what is in plain sight. Here’s a true story about a magician friend of mine: Dana Daniels is an award-winning comedy magician. He does a hilarious act with “Luigi” . . . his “psychic parrot.”
Back before 9/11, when you could actually get through airport security without having to undergo a colonoscopy, Dana wanted to save the hassle of traveling with Luigi in a birdcage. So, he resorted to smuggling. He thought it would be a fun challenge. Dana hid Luigi in his inside coat pocket.

When Dana checked in at the baggage counter, the ticket agent looked at him and said, “One bag to check in?” Dana said, “Yes, sir.” The man then asked, “You want to check in the parrot?” Dana thought, How does he know I have a parrot? Did he see my show last night? He he was bewildered, so he thought he’d just blow it off an said, “What parrot?” The ticket agent looked up at him and said, “The one on your shoulder.”

“If you’re looking for a helping hand,
there’s one at the end of your arm.”
~Yiddish Proverb

One of my own favorite keynote messages is entitled: It’s Right Under Your Nose! The main idea, inspired by Russell Conwell’s “Acres of Diamonds” is that what you are looking for may be hiding from you in plain sight.
Your best opportunities are right in your own backyard.

One day I was rushing off to the airport to catch a flight. I couldn’t find my cell phone. I was hunting everywhere for it, while talking to my friend about it . . . on my cell phone.

We tend to look everywhere else for what we already have in hand.
My wife and I took a bunch of nine-year-old boys to the movies for our son James’ birthday party. ON the ride home his best friend Ryan suddenly burst into tears. “Oh no! I left my iPod in the movie theater!” Are you kidding me? We were almost home and guests were waiting for us at our house.

We called Ryan’s mom and left her a message, “You need to go to the movie theater. Ryan left his iPod there!” We called the theater and (after listening to the recording of the eighteen movie screenings,) asked the manager to search our seats. “Please help us find this little boy’s treasured electronic device.” Ryan was in the car, crying. The kids felt it was an emergency. WE MUST FIND RYAN’S iPOD.

We pulled into the driveway, got out of the car, and Ryan instantly stopped crying. He said, “Oh. Cool. It was right here in my back pocket.”

What’s in your back pocket? Who is already in your address book? What opportunities are awaiting you—in your own backyard?

As the wise philosopher, Justin Bieber, once sang, “The grass is greener . . . where you water it.” When you notice, choose and cultivate what you have, something powerful happens. Your attention moves from looking for what’s “out there” to realizing that what you are looking for is right here.

Adam Christing is a popular Event MC and Funny Motivational Speaker. He is the author of Your Life is a Joke: 12 Ways to Go from Ha Ha to AHA! (For more information go to Adam Christing’s Website)