Best MC Jokes For A Conference 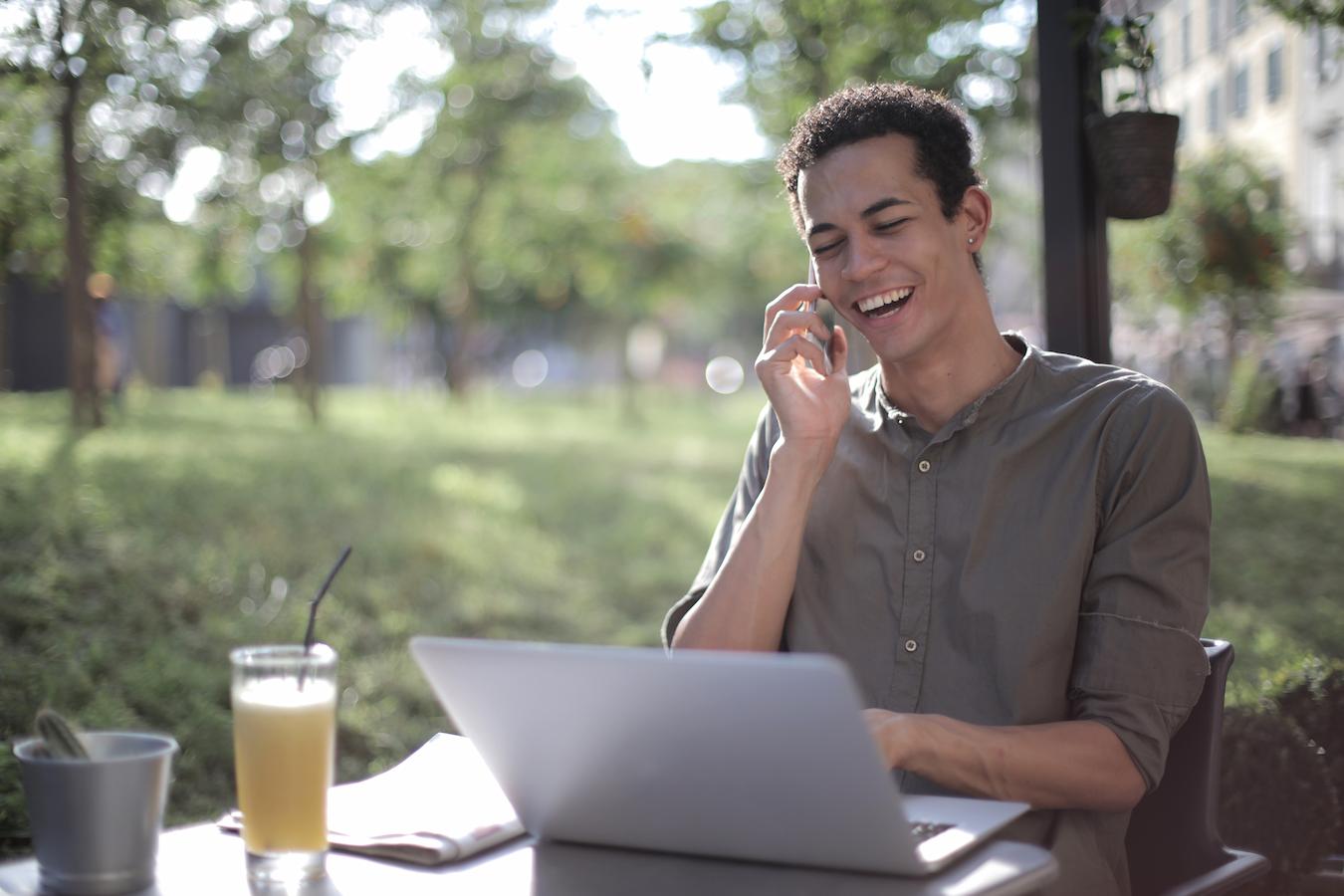 There’s nothing like making people laugh. That’s why I’ve made an entire career out of it.

But if I’ve learned anything over the years, performing at business meetings and conferences, it’s that a little humor can go a long way. Not only does humor help to break the ice amongst the audience.

It can also help you form business relationships down the line. So, let’s get cracking into some of the best jokes you can share with your colleagues.

See Related: How To Emcee A Meeting

Icebreaker jokes for your co-workers

You might be sitting down for a video conference. Or maybe you’re getting ready to present the first slide of your presentation.

Either way, acting as a corporate MC means getting your audience to laugh. And that’s the first step in kicking off fun meetings. Not to mention it makes everyone in the company feel like a team.

That’s why these favorite jokes of mine are all about clean comedy. There’s no use dividing the room when what you really want to do is bring folks together.

And you definitely don’t want that one guy to not understand it while everybody else does. So here are some surefire jokes that you can fire off amongst your colleagues.

Meeting jokes to kick things off

Let’s say you want to impress the Vice President of the company as they sit in on a meeting. Or maybe the material you’re discussing is just in need of a little lift. 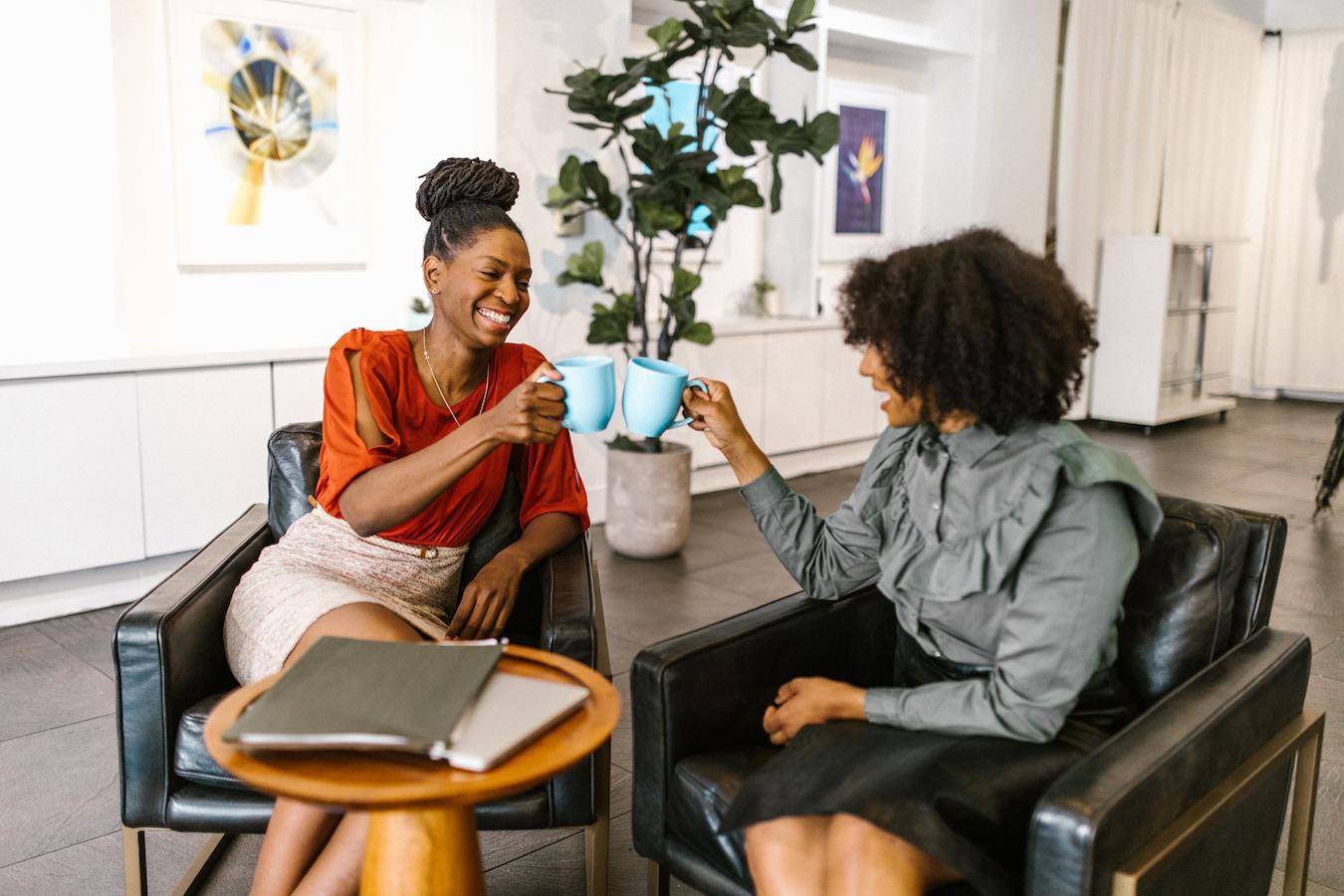 After all, humor is here to help your business meetings run smoothly. Because a team that knows the power of laughter is bound to be a team with exceptional people skills.

So, without further ado, here are a couple of fun ways to break the ice and make this meeting the best one yet.

Speaking at a conference can feel somewhat intimidating. And if you’re not used to speaking in front of people, then you’ll definitely want a joke or two to start off your presentation.

After all, jokes remind us to have fun. When we get tense, they release the tension.

So offer up a joke or two. Even if it’s only for you. There’s nothing wrong with trying to get on the audience’s good side when you first step on the stage.

Good icebreaker jokes for a presentation

If you’ve been preparing all night for a presentation, then you’ll probably need a joke just to let off some steam. That’s why one-liners are great. 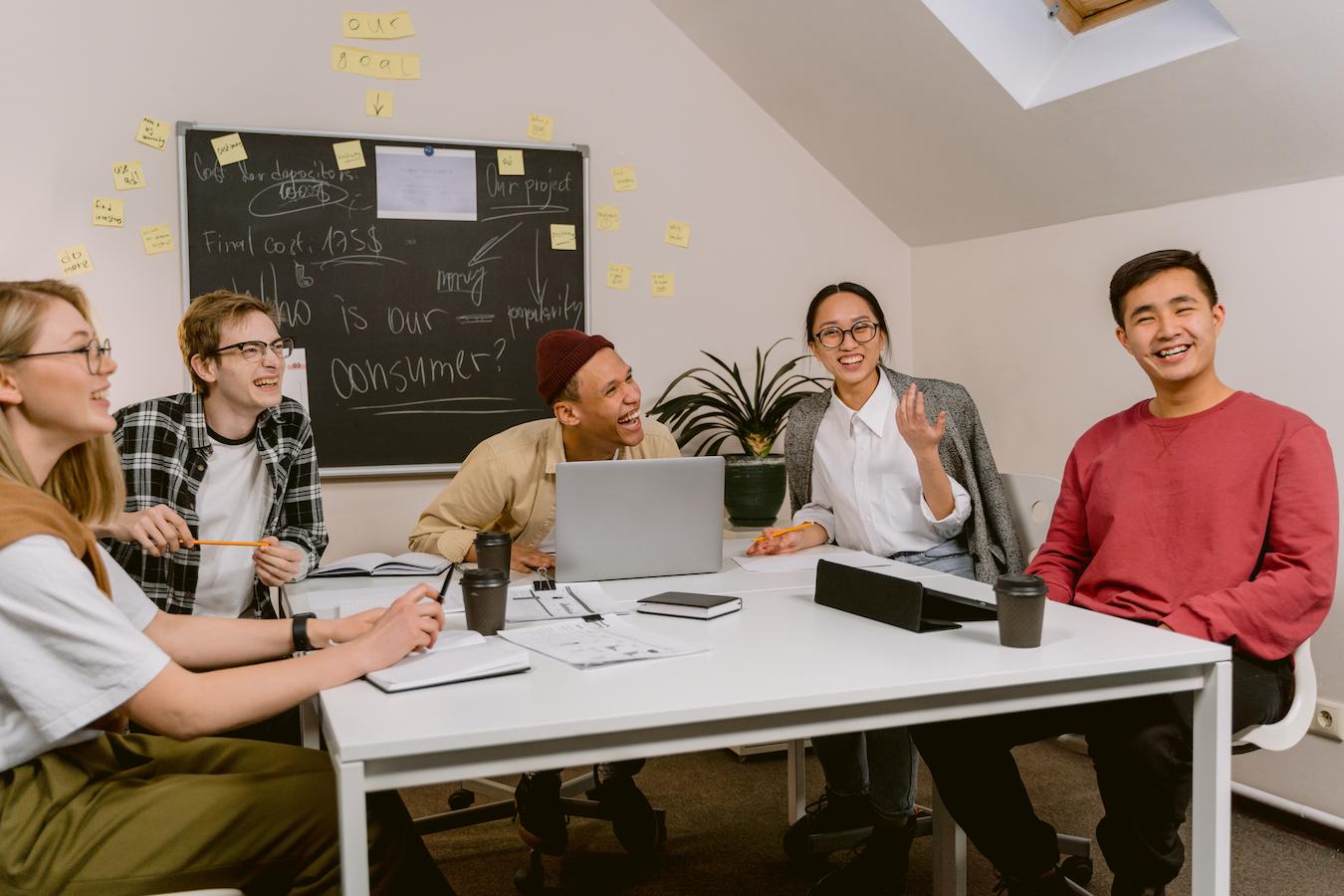 They’re short, sweet, and add just a little humor to the mix. Besides, you’ll be talking for most of the presentation anyway as the master of ceremonies.

When you tell your joke, everyone will start to laugh. And that gives you a moment to breathe.

Bonus: What Does The Master Of Ceremonies Do?

Sometimes, there are certain jokes that are better left for larger crowds. And besides, those are the exact kind of audiences you’ll want for a joke that solidifies you as the most amazing speaker yet.

So start your event off with a humorous quip. Or infuse humor into the entire event if you will.

Just because you started your presentation off with something funny doesn’t mean that has to be where the funny ends. In fact, when you create a funny atmosphere, you keep everyone in a jovial mood.

And your speech may even get better traction that way too. So it’s as much a way to create a community amongst the group as it is a business strategy.

Of course, these are just a couple of funny ideas for you to tossle with. And there may be times when joking with a large crowd simply doesn’t make sense. 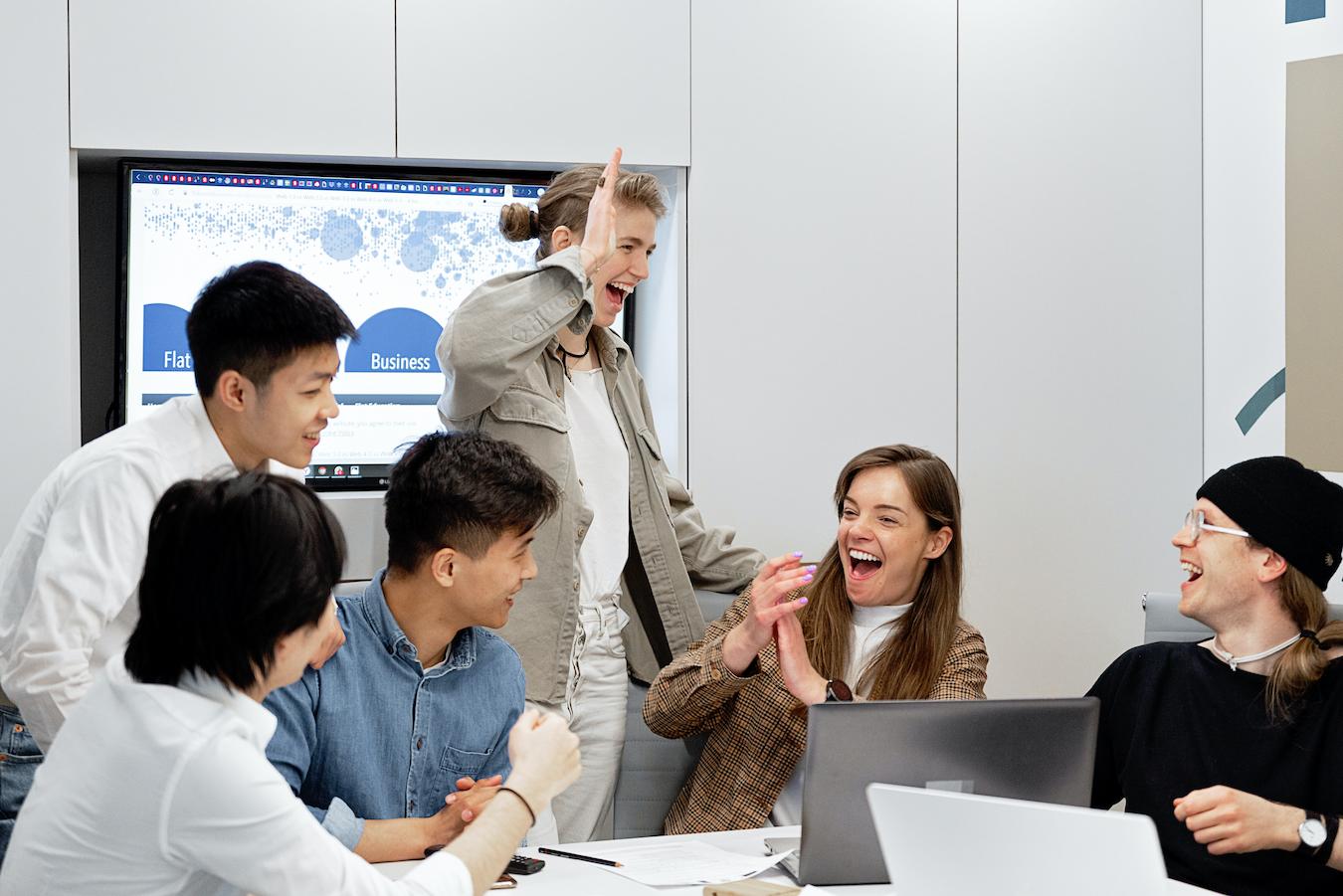 But if you want your boss to know that you’re the resident office clown who still gets some work done, consider telling these jokes in the break room. You’ll become that one employee with an epic story.

Or maybe your manager will take more of a liking to you. Either way, breaking the ice between folks is the best way to start doing business and forging relationships.

Jokes for a sales meeting

Let’s say you’re about to talk solely about numbers. Well, that doesn’t seem too thrilling, does it?

Then why not go ahead and start the meeting off with something funny? Bring the room to life, then dive into the material you need to share.

You’ll find that that little dose of humor is the best thing for a successful presentation or meeting. The idea is simply getting everyone to let their guard down so that they can face the material and focus in a good mood.

Hopefully, these funny bits can get incorporated into your next meeting, just to lighten up the room. But if you’ve got questions, then I’ve got answers: 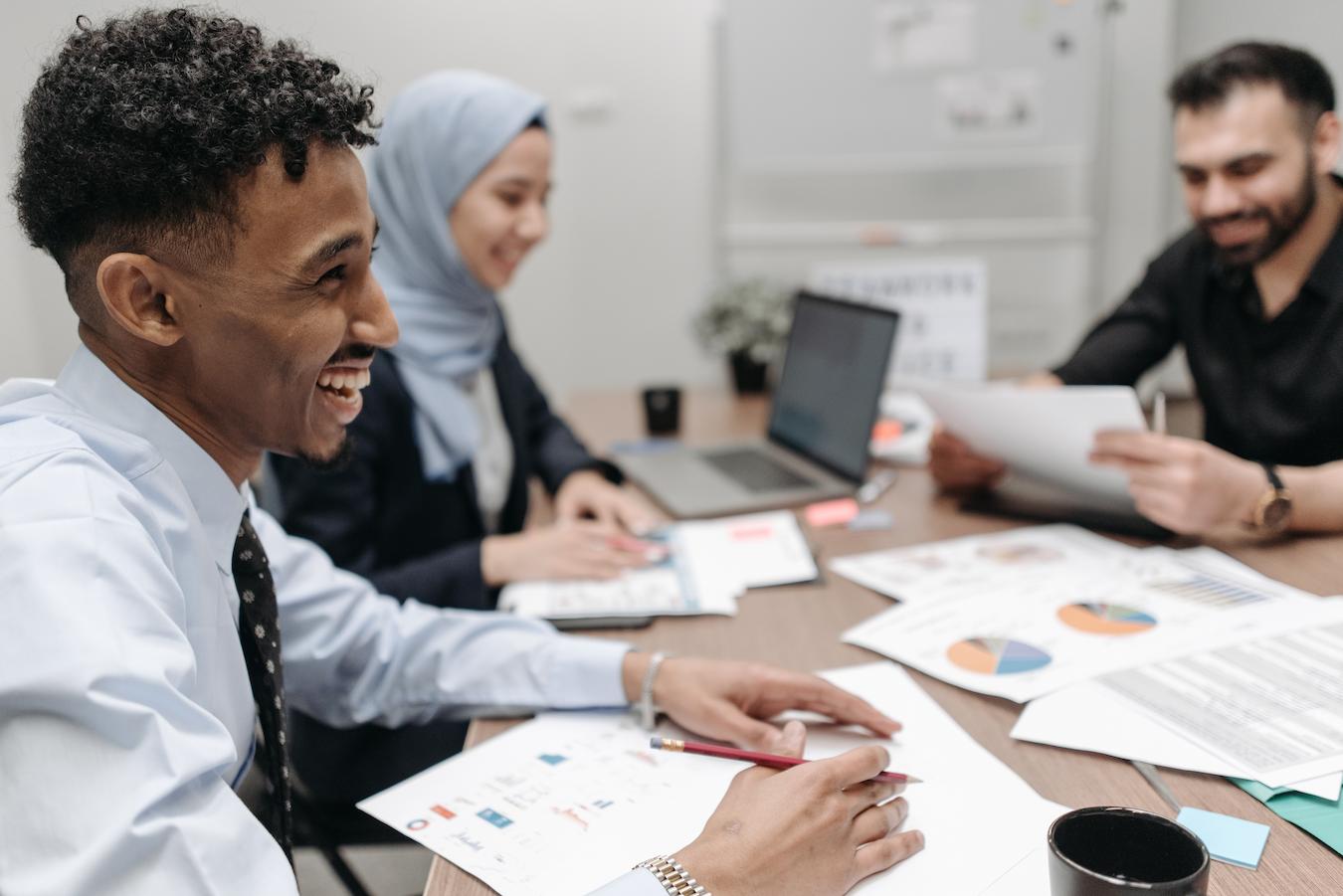 What makes a perfect joke?

A good joke will always have a setup and a punchline. But aside from the technicalities of joke making, it really boils down to whether or not it’s genuine.

At the end of the day, these jokes are here to forge relationships and make people laugh. So long as your intention stays true, and your jokes stay clean, they should hear your message loud and clear.

Do you have to have a background in creative writing to craft a good joke?

Not necessarily. After all, there are plenty of comedians out there who don’t have a formal education in creative writing, per say.

Sure, it might help. But typically, a good joke is one that resonates with people.

What kind of jokes are appropriate to tell at work?

The kind of material I take into a corporate event will always be light and jovial. Never divisive or offensive.

After all, I’m the founder of Clean Comedians with a motto of, “It doesn’t have to be filthy to be funny!” And that’s true!

So steer clear of making a comment that’s offensive or crass. Work isn’t the place for that kind of comment and it does more harm than good.

Why is humor important in the workplace?

Have you heard about how laughter actually boosts productivity? Well, it does.

And that’s why all of these jokes aren’t simply jokes. They’re tools to use at your disposal to help the work flow at your particular organization.

Why start business meetings with a few jokes?

People tend to let their guard down when they laugh because, well, they’re literally releasing tension. And that’s a kind of bond that really can’t go underestimated.

In a corporate setting, I’d say yes. Long form jokes are all good and fun.

But when you want to break the ice, it has to be quick and to the point. Besides, with a corporate event, you likely only have a couple of minutes to break the ice with the audience – so it better be a good one-liner.

As an event emcee, I’ve seen the power of humor in a conference room. Not only does it get folks to light up.

It brings people together. So if you’re needing a little extra help in your presentation, start with a joke.

It should always be tasteful. Never offensive.

Because your goal is uniting the room. Not dividing it.

So go on out there and give it your best. I’ll be rooting for you!

Keep Reading: How To Host A Hybrid Event 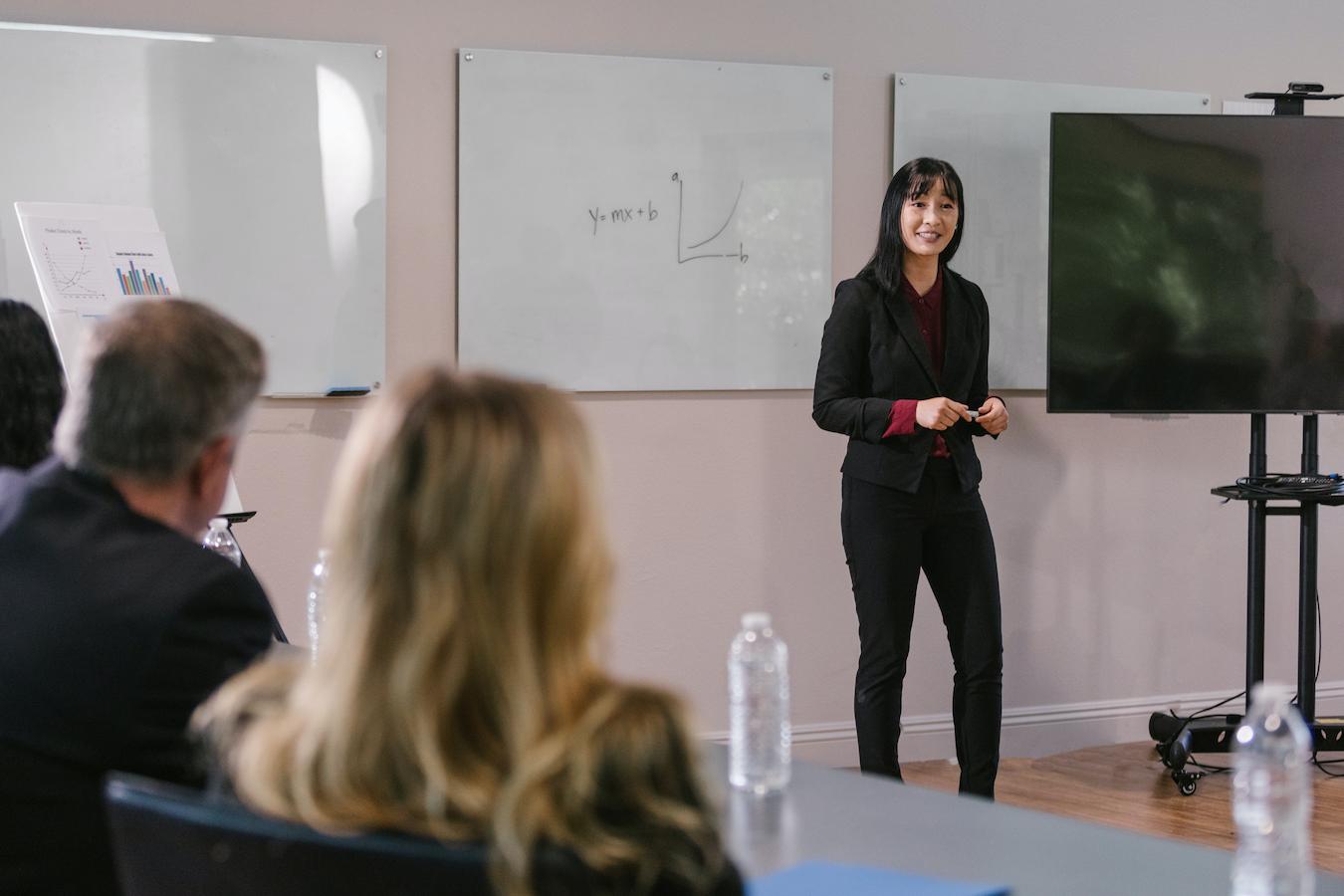 How To Host A Hybrid Event

How To Host A Hybrid Event