Introduction: The History Of Emcees – How To Be A Great Emcee

By Adam ChristingApril 28, 2022How To Be A Great Emcee 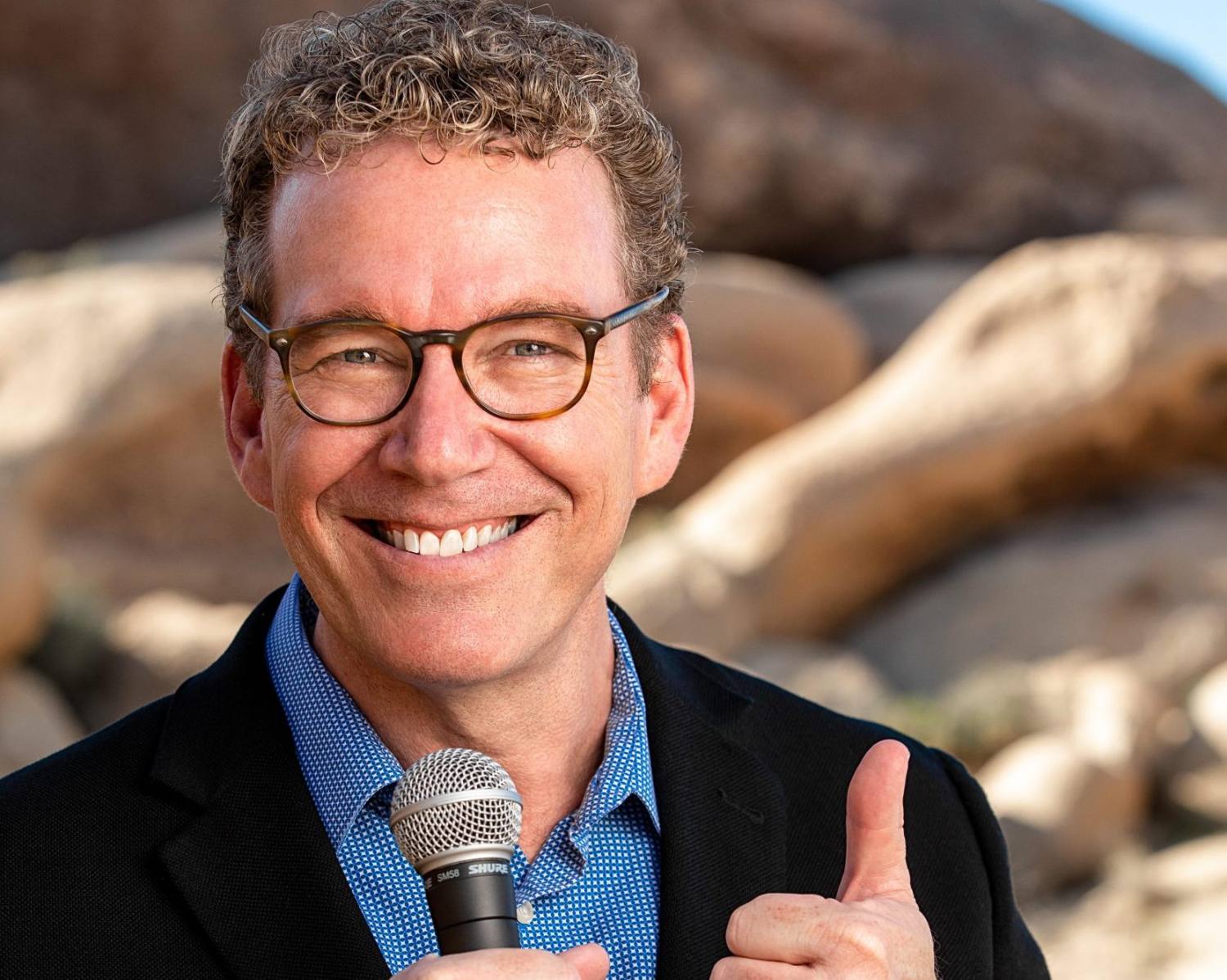 “We’ve got a really big show for you tonight.” -Ed Sullivan, Host of “The Ed Sullivan Show”

What is an Emcee?

There are several names for this role:

My goal in these blogs is to help you understand the work of the on-stage personality who makes a personal connection with an audience and leads them through an event experience by making introductions and providing continuity.

There are many duties attached to the role of Emcee. These including:

As you can see, this is a long list. And there are many other aspects involved with being a great MC.

How do I know? My name is Adam Christing. I have hosted more than 1,500 in-person and online events in my 30+ years working as a Master of Ceremonies.

It has been the ride of a lifetime.

If you are new to emceeing, it can feel overwhelming when you realize how much your role can impact the success of an event. But here’s what I want to tell you: You can do it and do it well. I will be sharing hundreds of tips, secrets, and lessons with you here. Here’s the first one:

A Good Emcee Makes It All About Them

I see myself as a “Mission Realization MC.” What does that mean? It means that I endeavor to help the event sponsor realize the mission for the meeting and help the audience experience it in a positive way. Let me simplify this for you. No matter what type of event I am emceeing, my three aims are always the same: I want to engage, entertain, and empower the audience.

Along with “running the show”, the following phrase can become your purpose statement as a Master of Ceremonies. My job is to: Make the organization look good and make the audience feel good! Do this and you will do well as an Emcee.

These chapters will help you learn the ins and outs of every aspect of emceeing. Before we jump into this Ultimate A to Z Guide, I want to give you a some backdrop on this field.

You have been enjoying the work of emcees on stage and screen your whole life. Before we dive into the main chapters of this work—about how you can become a fine master of ceremonies–let’s look at…

A Brief History of Hosting

The Master of Ceremonies in ancient times was a highly esteemed role. It carried tremendous status and responsibility. In antiquity, being an MC involved presenting important leaders, leading sacred rituals, and following the cultural customs associated with group and tribal meetings.

There is a display at the Assyrian gallery museum in Baghdad, Iraq. It shows a man, separate from other dignitaries. He is the Master of Ceremonies leading a procession of Assyrian officials forward into a solemn gathering. (710 BCE)

Emcees are “presenters” of people, ideas, and special ceremonies.

There have been mystical MCs. Siddhartha Gautama, aka the “Buddha” gathered followers and introduced his spiritual principles to various groups in India (Late 6th century BCE).

John the Baptist was a prophet in Israel. He introduced Jesus of Nazareth to his followers by saying, “Look! This is the lamb of God.”  (27 CE)

In Christian church history, the role of Master of Ceremonies may go back to the time of the Emperor Constantine who proclaimed Christianity the religion of the Roman empire. Later, this “Minister of Ceremonies” ensured that sacred rituals and liturgies were properly orchestrated for the Pope and other church dignitaries.

This important role continued throughout the Medieval period, through the Renaissance of the 16th century, and all the way up until the modern era of 1970’s up until Vatican II.

Today, Diego Govanni Raffelli serves as the Papal Master of Ceremonies for the Roman Catholic Church. Eight additional Masters of Ceremonies serve to assist him! These MCs assist the Pope and cardinals by presiding over important religious ceremonies.

Frank Fay was likely the first ever stand-up comedian. He also pioneered the style of the modern comedic MC. Fay was confident, unflappable, and skilled at off-the-cuff humor.

In his heyday, during the 1920’s at The Palace in New York City, Fay would warm up an audience, intro/outro other entertainers, and keep the show rolling. Fay influenced dozens of comedians of this era.

Many would go on to become well known hosts of their own radio and TV shows including Milton Berle, Jack Benny, and Bob Hope.

Frank Fay was charming but also arrogant. Comedian Fred Allen once remarked, ““The last time I saw Frank Fay he was walking down lover’s lane holding his own hand.” Sadly, Fay was also anti-Semitic. Before he died, he was detested in show business circles because of his bigotry.

Will Rogers personality was the opposite of Fay’s. Rogers was famous for saying, “I never met a man I didn’t like.” He became America’s funny and folksy downhome philosopher. After he rose to stardom via his rope-twirling comedy act, Rogers became a radio host and a tireless master of ceremonies for various charities.

Rogers emceed the Academy Awards in 1934. Photoplay Magazine stated, “Will’s wit changed the affair from the customary ceremony of long-winded speeches into a joyous riot.”

Bonus: How To Be An MC For An Event

Johnny Carson was considered the king of this genre of late-night TV when he hosted The Tonight Show (1962-1992). Carson would warm the studio audience up with his comedy monologue and then interview and ad-lib with his guests during the show.

Oprah Winfrey is probably the most successful talk show host in television history in terms of audience size (40 million weekly viewers) and commercial revenues during her run from 1986 to 2011.

Popular TV game shows have been attached to well-known hosts including: “You Bet Your Life” with Groucho Marx, “Let’s Make a Deal” with Monty Hall, “Family Feud” with Richard Dawson, and later Steve Harvey, “Jeopardy” with Alex Trebek (1984-2020), “The Newlywed Game” with Bob Eubanks, “The Price is Right” with Drew Carey, and before him long-time host Bob Barker (1972-2007).

“Wheel of Fortune” with host Pat Sajak, and Vanna White, may become the longest running and most popular gameshow in television history (1981 until present).

While vaudeville may have ended around 1930. Talking Pictures (movies) and later television programs would continue the tradition of the variety/talent show. Few were as successful as “The Carol Burnett Show” hosted by Carol Burnett. She was the first woman to host a show of this kind.

The program opened with Burnett chatting with the studio audience and featured comedy sketches, song and dance numbers, and many improvisational moments with comic-actors like Tim Conway and Harvey Korman.

Many other popular TV shows have been comedy-variety programs. These have been hosted by personality plus emcees. Some of these include: “Your Show of Shows” hosted by Sid Caesar, “The Flip Wilson Show” hosted by Flip Wilson, and of course “Saturday Night Live” which showcases guest hosts in the emcee role including comedians George Carlin, Richard Pryor, and Steve Martin.

Arguably the most impactful emcee in the history of American television was Ed Sullivan who was not known for being humorous but for being a presenter of other talented people. While hosting “The Ed Sullivan Show” from 1948-1971, Sullivan brought comedians, variety acts, dancers, actors, circus performers, magicians, singers, and pop superstars like Elvis and The Beatles into American homes every Sunday night from 8 to 9 pm Eastern Time.

TV talent shows have been quite popular around the world. In the United States most of these have featured hosts including: “The Gong Show” in the 1970’s with Chuck Barry, “That’s Incredible!” co-hosted by Fran Tarkenton, John Davidson, and Cathy Lee Crosby.

There is a long tradition of magical emcees who combine wit and wizardry. Some of these names include Hollywood Magic Castle legends like Billy McComb, Terry Seabrooke, and Nick Lewin.

These affable emcees would host the magic acts in the club’s “Palace of Mystery.” On television, Penn Jillette and Teller host the popular show “Penn & Teller: Fool Us” where magicians attempt to baffle the famous comedy-magic duo.

Perhaps the most popular magical master of ceremonies was the late Paul Daniels in Great Britain. He hosted “The Paul Daniels Magic Show” on the BBC from 1979 to 1994 and was known for his catchphrase: “You’ll like this…not a lot, but you’ll like it!”

In the world of music clubs and block parties, the term MC became associated with rap music and hip-hop culture. The letters MC took on new meaning: “microphone controller” and “move the crowd” for example.

The top MCs in the world of rap were known for generating crowd excitement surrounding the DJ. Several prominent hip-hop artists merged their names with the term MC, including Young MC, MC Lyte, and perhaps most famously, MC Hammer.

Other Types of Emcees

The list of groups that utilize a formal or informal emcee is practically endless. Here are just a few examples:

At almost every meeting, someone is asked: “Will you serve as the MC?”

Even recovery groups utilize meeting hosts. Alcoholics Anonymous was founded in 1935. AA and other 12-step groups select an unpaid volunteer as chairperson to emcee their meetings.

This person welcomes newcomers, invites members to read and share, and monitors the conversations, so that everyone may participate. Like all good emcees, this man or woman also makes sure the meeting ends on time.

Nearly every type of program can benefit from using a professional meeting host or master of ceremonies. Many times, the person in charge of a meeting will ask someone within the group to emcee the program. “Hey, Johnny in our sales department is a lot of fun. Let’s ask him to MC our annual dinner!”

This can work at times but can also lead to disappointment or even disaster. A good event emcee, though almost always humorous, is much more than a jokester. In the October 2015 Toastmaster magazine, Gilda Bonnano says it well:

When you are the master of ceremonies…your role is crucial to the success of the program, whether it’s for your company, a professional association, or a nonprofit organization. A bad emcee can ruin an event while an excellent one creates a seamless and engaging experience in which speakers feel comfortable and the audience feels included from start to finish.

Now, we are ready to move past the definitions and history to cover the nitty gritty of what an emcee does and how you can become a great one.

Welcome to How to Be a Great Emcee: The Ultimate A to Z Guide for the Master of Ceremonies.

I am honored to have you here as my reader.

Are you ready for a wonderful time?

Keep Reading: Agenda – How To Be A Great Emcee

This is an excerpt from Adam Christing‘s forthcoming book, “How To Be A Great Emcee: The A to Z Guide to Hosting Events” by America’s #1 Master of Ceremonies. Follow along as new chapters gets posted to this blog category each week. 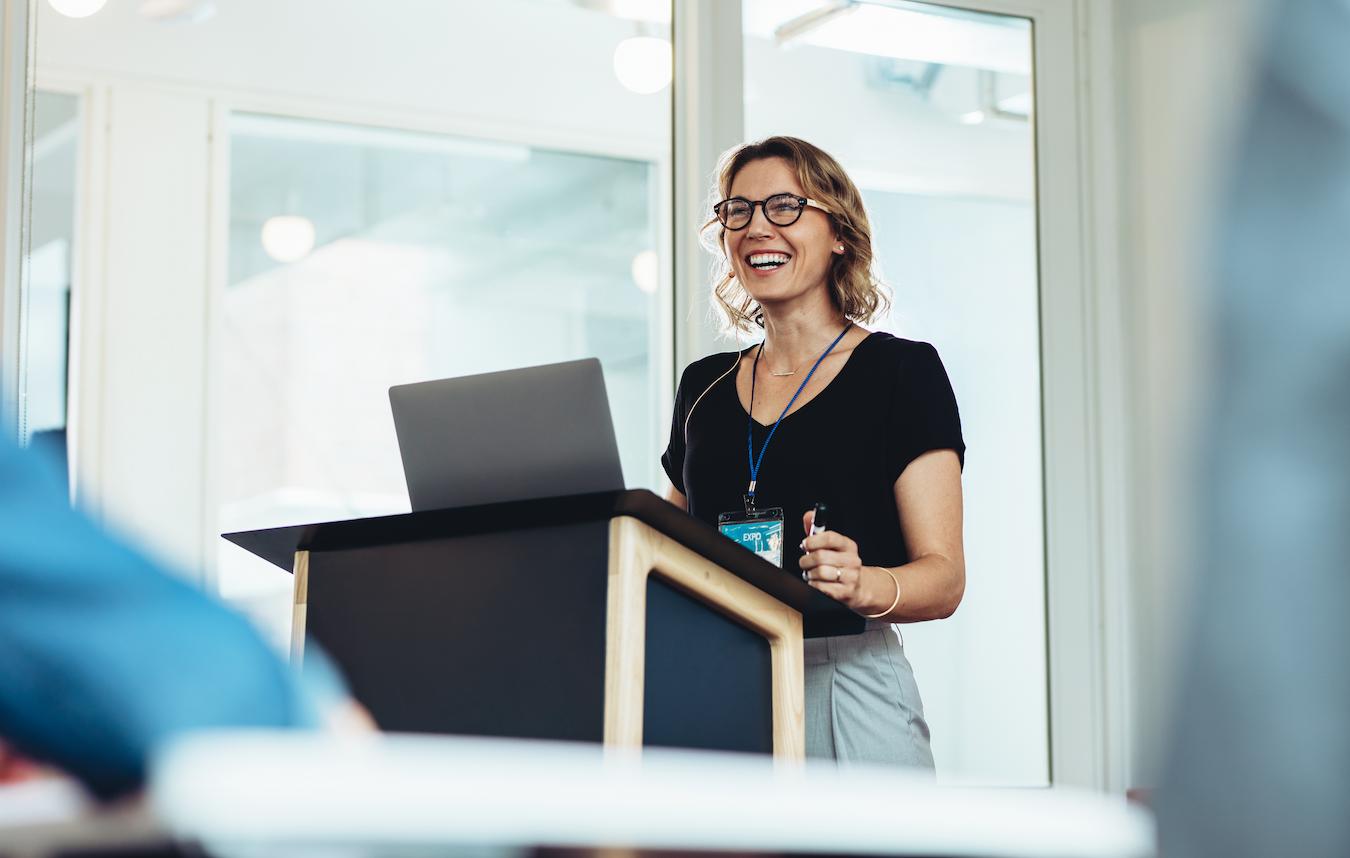 10 Reasons Why Public Speaking Is an Essential Skill

10 Reasons Why Public Speaking Is an Essential Skill