How To Host A Networking Event 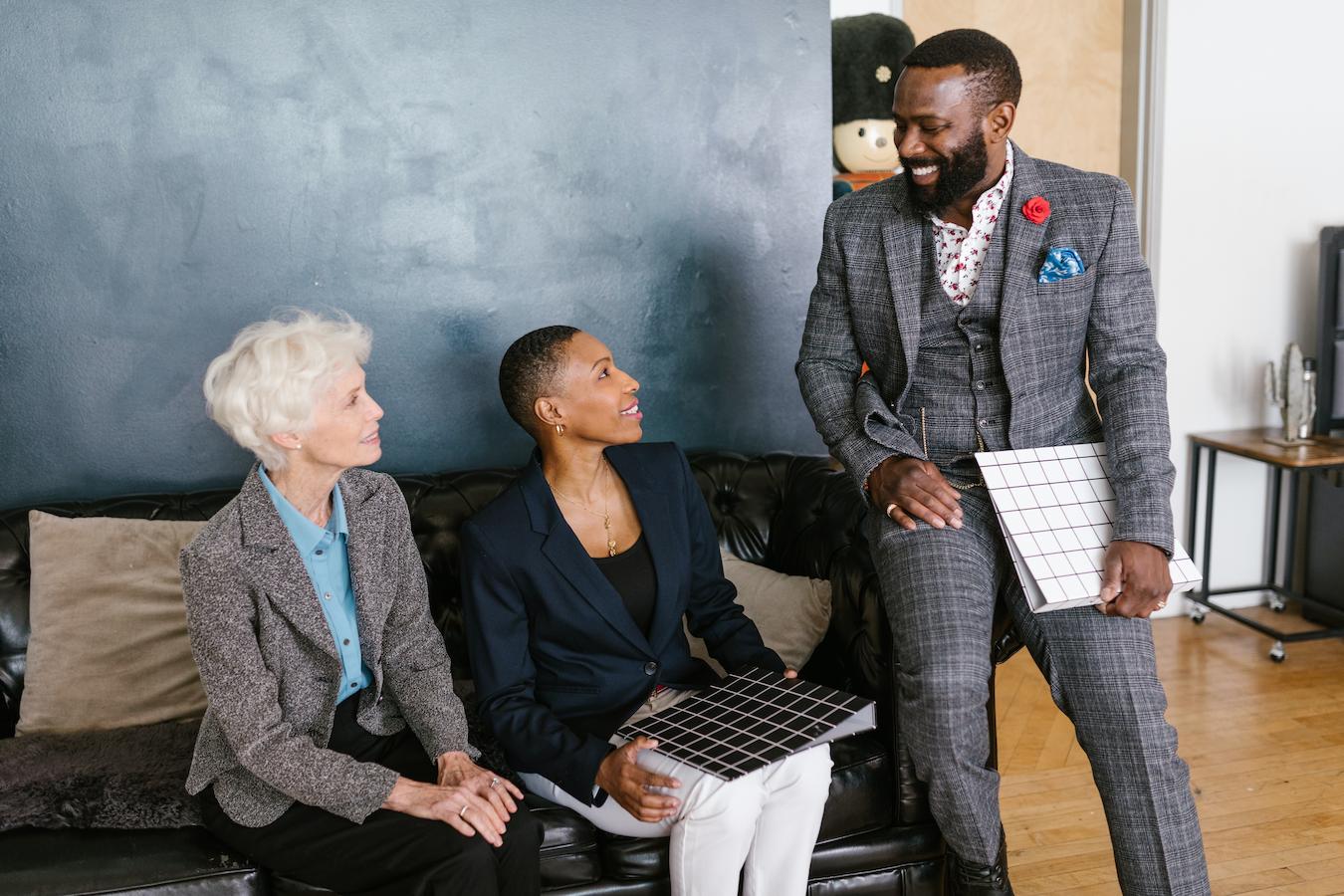 Successful networking events don’t just happen on their own. Odds are, your company has had one on their mind for quite some time.

But things just haven’t come into focus yet. Your goal is to make the next event a stellar one.

One where like minded people and business professionals can create new connections. Here’s how you can connect people, plan a great networking event, and maybe even indulge in a few networking opportunities yourself.

See Related: How To Host A Hybrid Event

#1. Failure to plan is planning to fail

You probably grew up hearing this saying. And over time, maybe it lost its meaning.

But let me say it one more time for you: Failure to plan is planning to fail. A successful event calls for advance action.

Whether it’s hiring event planners. Forming an event planning committee within your own group. Or securing an amazing Master of Ceremonies well ahead of time.

Hosting a networking event should seem simple enough. After all, you’re there to connect attendees and create business relationships.

But combing through every detail early on will be your key to success. That means determining the registration process, whether there will be drink tickets and door prizes.

How participants check themselves in. Whether name tags will be given out. See? There’s quite a lot to go over.

#2. Choose a focus that goes beyond small talk

Every networking event will require some level of small talk. But you don’t want attendees to have to be left to their own devices.

This is where getting an amazing event host comes in. A host will know how to create an atmosphere that fosters connections.

They’ll not only introduce a guest speaker to the stage. But they’ll engage attendees to network with one another in a way that can benefit the whole group.

Furthermore, an event host can further your event’s purpose. Whether that’s just getting a few people together. Or making meaningful experiences for more people in a large group altogether.

How can you help build professional relationships?

One of the biggest mistakes you can make with your own networking event is having attendees list off their resume to one another. That’s not engaging.

If that’s how most networking events go, it’s better to just send each other emails with everyone’s business information attached. But a networking event is about getting to know the person. 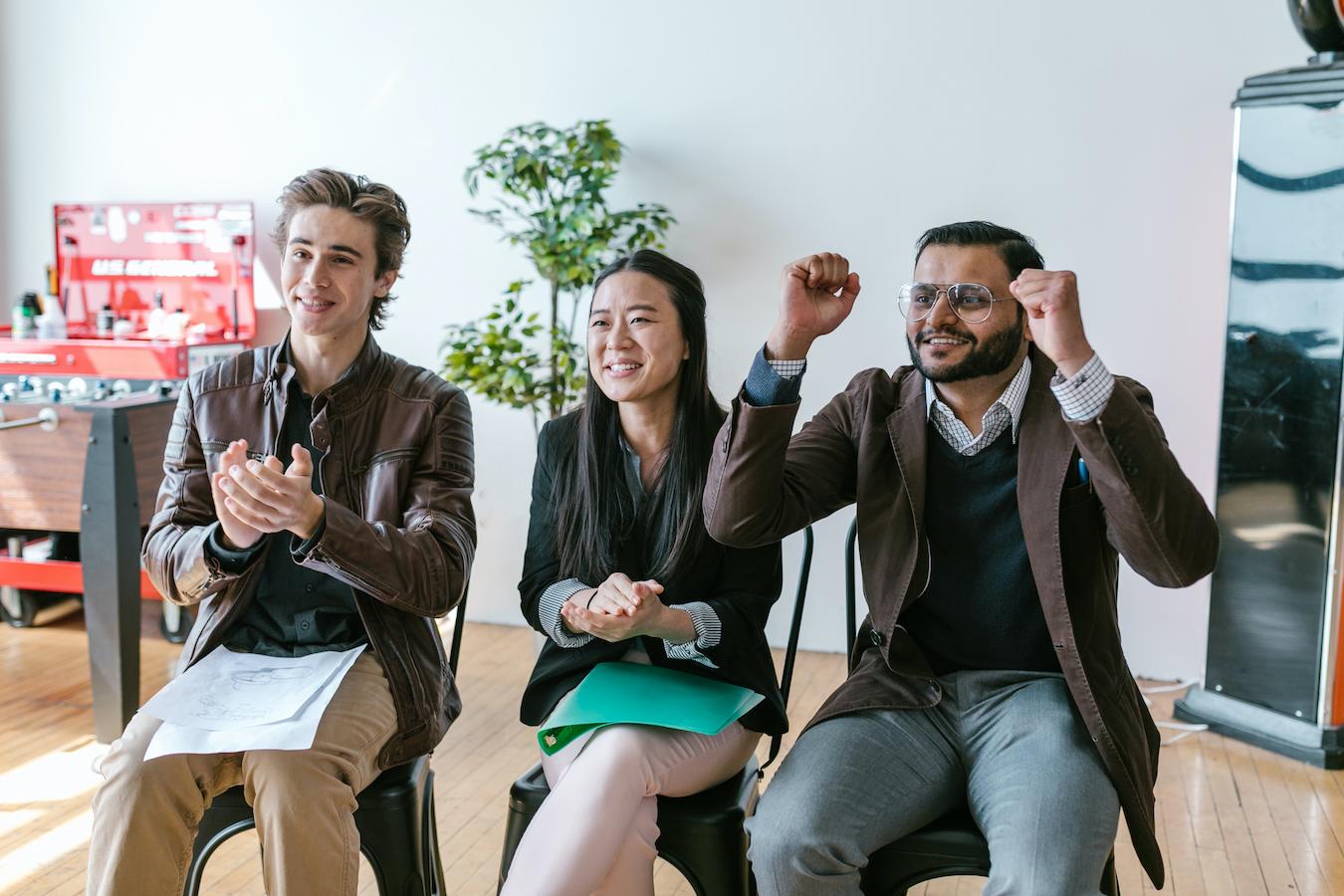 It’s getting them to laugh. Because a great event engages the whole person. Not just who they are on our resume.

So having some icebreakers at your networking event will help to get everyone thinking on their feet. No more rehearsed answers in their head. But a present willingness to connect.

There are plenty of ways to host your networking event. So, which one is the right one for your group?

A virtual networking event is perhaps the greatest way to secure a big audience. After all, nobody has the excuse of too much of a commute!

Besides, there are plenty of businesses that are going virtual now. So having a virtual networking event sets things off on the right foot.

Hosting a virtual networking event might seem intimidating. But that’s why hiring a virtual emcee will be your best bet at engaging attendees and making sure they get to network from the comfort of their own homes.

Going hybrid with your networking events might seem trickier. But then again, they may offer the most convenient option for folks ready to network in person and virtually.

Again, and I cannot stress this enough, getting a seasoned MC will be your best bet in this scenario. You don’t want virtual attendees feeling left out of the loop.

And a great MC will know how to keep them engaged. Whether that’s through technological tools or otherwise.

Whether it’s a virtual networking event or in-person, sometimes, networking needs a little push. As in, a time push.

Speed networking offers both a fun opportunity to get attendees to network with one another. And it also allows attendees to show off how they do under a time crunch.

Something I’m sure you’ll be looking for in an employee at your business. So consider these kinds of networking events both a chance to connect and a pre-job interview, if you will.

#4. Find a great venue that will also draw potential clients

If you’re hosting your networking events in person, a great venue will do wonders for your attendee turnout. You never know just how many participants you’ll have attending.

And simply because of where the event is being held. So add this to your to-do list.

In fact, reach out to a venue far in advance. Just to ensure that you can host your networking events there in the future.

That “future” event will sneak up on you, as we’ve already determined. So do your due diligence early and draw more business professionals to the site.

Exposure is great… but stick to your target audience

Okay, this one does come with a caveat. Yes, you want to expand the number of participants at your networking events.

But you don’t want to steer too far away from your target audience. After all, your networking events are meant to bring like minded people together, right?

So if it doesn’t make sense to reach out to a certain demographic, don’t worry about it. You want your networking events to fit within a cohesive structure.

#5. Create buzz with an event app

Social media rules. No, literally. It rules our lives. And we just have to go with it.

But this is actually good news for your networking event. Because social media gives you a free tool to promote your event and even your business.

Creating an event app will show attendees that you’re not only technologically advanced. But that you’re organized and proficient in modern technology.

Furthermore, you may start to attract certain attendees who are interested in bringing new ideas to the table. And isn’t that what networking is all about?

On your app or website, you can post highlights about the venue. Or even give a sneak peek to who’s hosting.

All of these little Easter eggs will generate buzz for your upcoming events. And it’s always a great idea to spotlight any other organizations or businesses you’re collaborating with in the process.

Besides, having a social media presence may just attract more people to attend. Nowadays, folks aren’t going to go to a discreet gathering that’s not being advertised publicly.

It’s cool – and safer – to be transparent. So introduce your brand and your mission outright to draw the most people to your networking events.

#6. Hire an MC with big talent… and a small ego

Yes, you’re going to keep hearing me say that you need a corporate emcee to host. And I’m not going to let you quit on this idea.

Because these types of events need a leader in charge. One that knows how to stir an audience and bond them through laughter.

Just before sending them off to introduce themselves to one another. But when it comes to hiring a corporate emcee, there are a couple of rookie mistakes you’ll want to avoid.

A good emcee knows that hosting an event doesn’t mean that they’re the starring role. In fact, an emcee is simply the facilitator who creates connections.

Then, they step back and watch the magic happen before their eyes. You’ll want this type of emcee especially for your networking events.

Otherwise, what’s the point of the event in the first place? To gather strangers in a room and listen to an emcee talk about themselves?

No. This event is about you. And everyone who decided to attend. And that is what should be celebrated, uplifted, and spotlighted. Not your emcee.

If you have an event emcee at your event, they’ll likely be welcoming everyone in. But that doesn’t mean you get to hide in the corner in the meantime.

Instead, you should also be greeting everyone. Every. Single. Person. 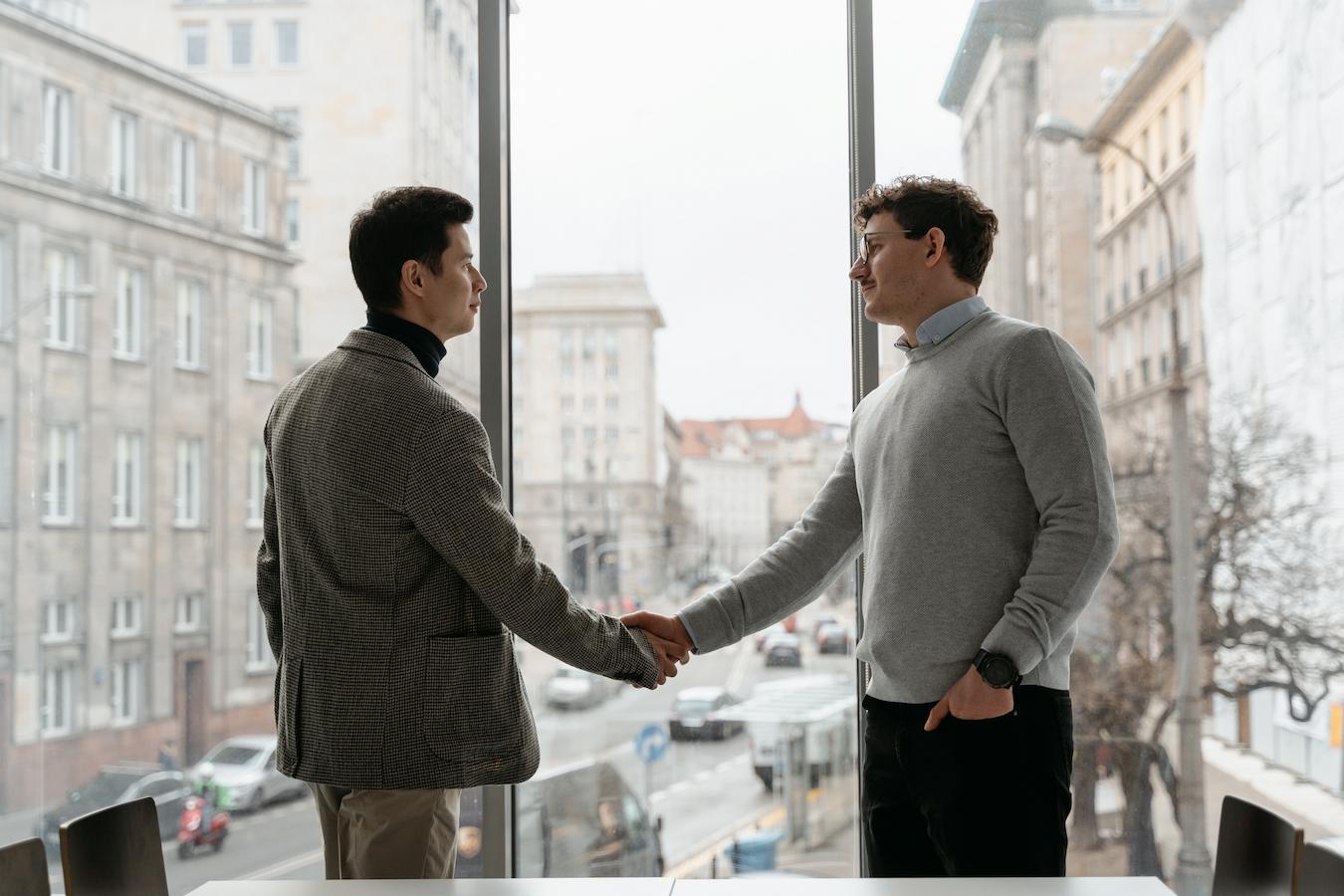 Because they need to be able to put a face to a name. Networking is all about creating human connections.

Besides, your event will greatly benefit from your willingness to step up and present who you are and why you decided to hold this event in the first place. After all, it’s a great way to introduce yourself to people.

“Hi, I coordinated this entire event.” See? You already sound impressive. So don’t be shy and greet everyone you invited to attend. And even the ones you didn’t.

Try saying that one five times fast! But really, we all know those individuals who’d rather corner themselves off at an event than get in on the introductions.

So, if you have some extra staff available, recruit them as anchors. And no, I don’t mean anchors in the sense that they’ll keep those people in the corner.

Instead, anchors will be on the lookout for anyone sequestered off. They’ll go over, introduce themselves, and bring them into the bigger event circle to get acquainted with everyone else.

After all, not everyone is an extrovert. So some people just need a little bit of a push.

There’s nothing wrong with giving young professionals a little nudge

There is a strategic way to include people in the conversation. So choose your anchors wisely.

You don’t want somebody to go over and say, “Why are you over here all alone?” That simply draws attention to the fact that perhaps they’re shy, making them even shyer than before.

But, like a great MC, these anchors will know how to meander over. Introduce themselves.

And start getting acquainted. And all without drawing attention to the fact that maybe this person doesn’t do well with big events.

Besides, nobody likes to be called out. So choose your best people-persons on staff to instigate a conversation with those who are waiting for someone to say hello to them.

#9. Follow up with new attendees and start planning your next networking event

Communication is something you have to work at constantly. So rather than letting that momentum of your successful event go, consider building upon it.

Plan the next set of networking events that you want to hold later on in the year. And reach out to past event attendees to share the good news that there’s more where that came from.

There’s nothing wrong with building upon your past successes. In fact, some might say that’s the strategic thing to do.

A successful networking event shouldn’t end right then and there

On the other hand, let’s say your networking event didn’t quite go as planned. There’s nothing wrong with that.

In fact, it offers you the opportunity to collect feedback and construct a better, more efficient networking event for the future. No matter the outcome of your event, you’ll always want to follow up.

Whether it’s to ask for feedback. Or remind folks of future networking opportunities down the line.

Either way, you’ll be maintaining that line of communication going forward. And that alone will keep the momentum of your event going in an upward progression.

And that’s how it’s done!

There are plenty of ways to maximize your next networking event. So use these tips to get the most out of these opportunities.

Keep Reading: What Does An Event Host Do? 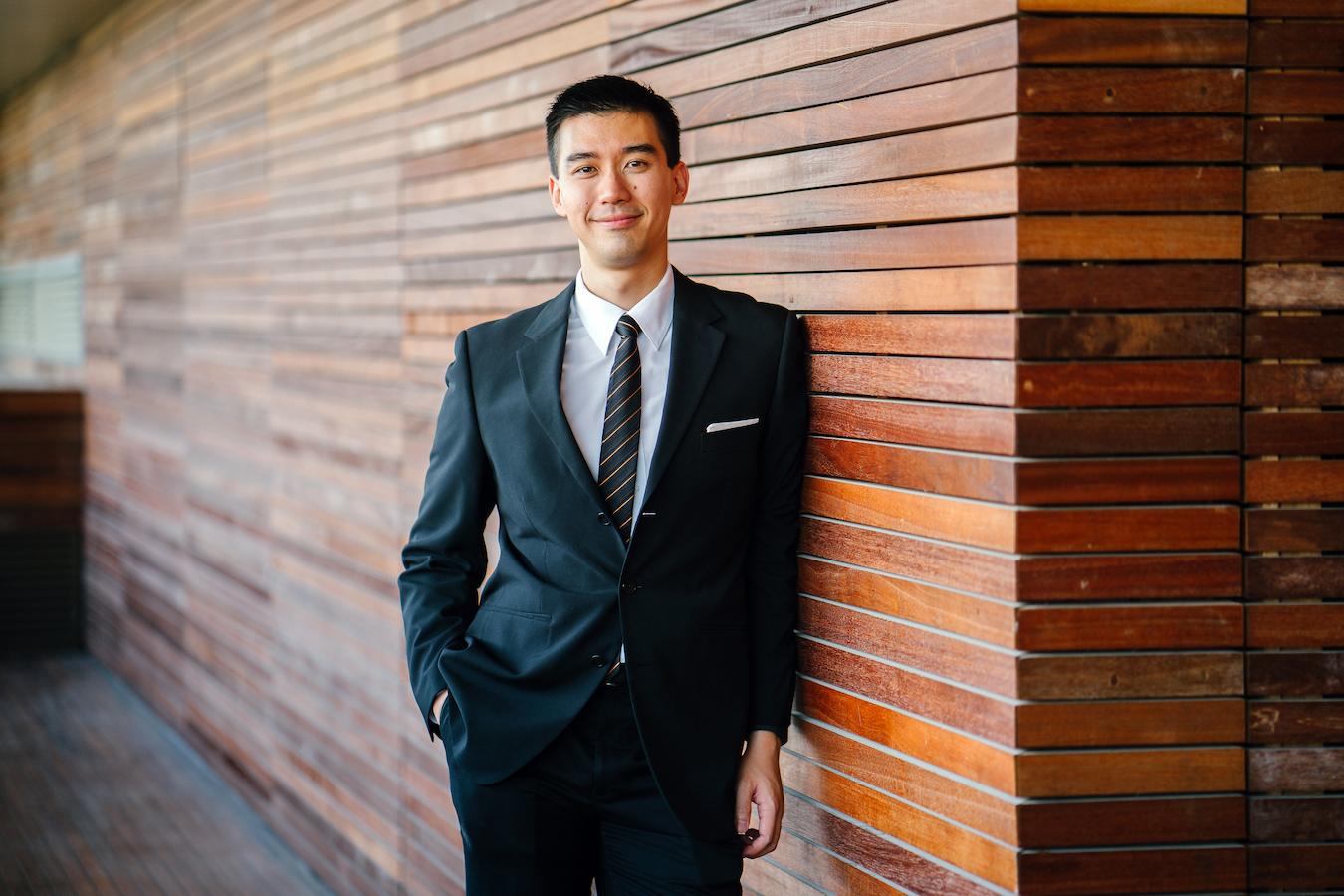