Zingers! – How To Be A Great Emcee

By Adam ChristingDecember 30, 2022How To Be A Great Emcee 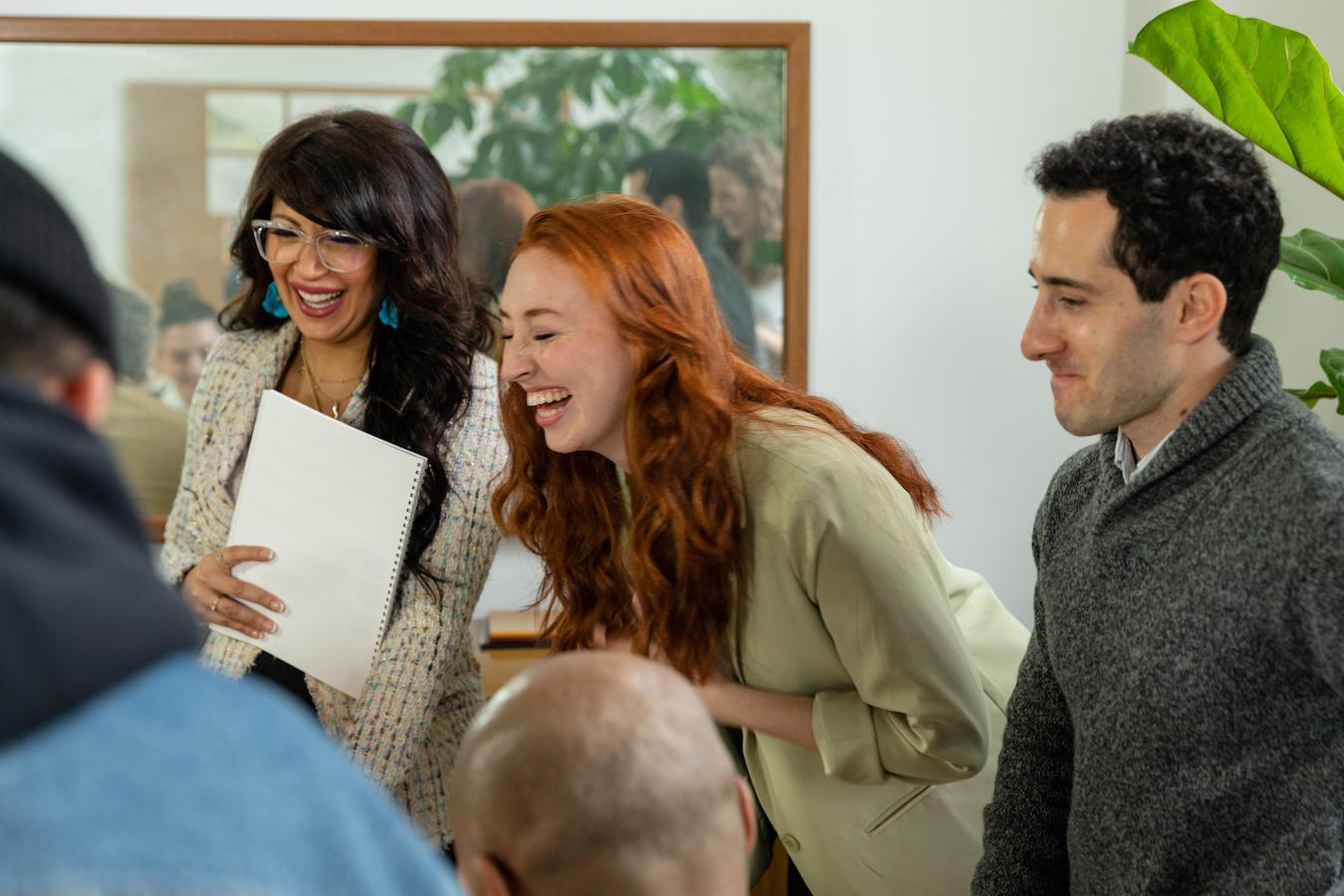 “Everyone enjoys a fitting reply; it is wonderful to say the right thing at the right time!”

About 150 years ago, before people watched YouTube, they watched debates. The Lincoln/Douglas debates were very important politically. They were also very entertaining.

When Stephen Douglas accused Abe Lincoln of being two-faced, Lincoln responded with a classic “zinger.” He said, “If I had another face, do you think I’d wear this one?”

As an event host, you will want to showcase your wit. When you learn what a “zinger” is– and how and when to use it– you will be giving your audience a verbal treat.

Hostess makes some delicious cupcakes that are called “Zingers.” But what exactly is a “zinger” in the context of public speaking and emceeing?

One dictionary describes “zinger” as “a striking or amusing remark.” Collins Dictionary says that a zinger is a “witty remark or something that is lively, interesting, amusing, or impressive.”

When you add zingers into your repertoire (and look up repartee, too– another fun one to know when it comes to the words you use), wonderful things happen. Let’s unpack it a little more.

See Related: You – How To Be A Great Emcee

Short and to the point

Like most good one-liners, there’s typically a set-up and a punch line. But get this: usually the “set-up” is what’s happening during the event, and the zinger is the punch line itself. 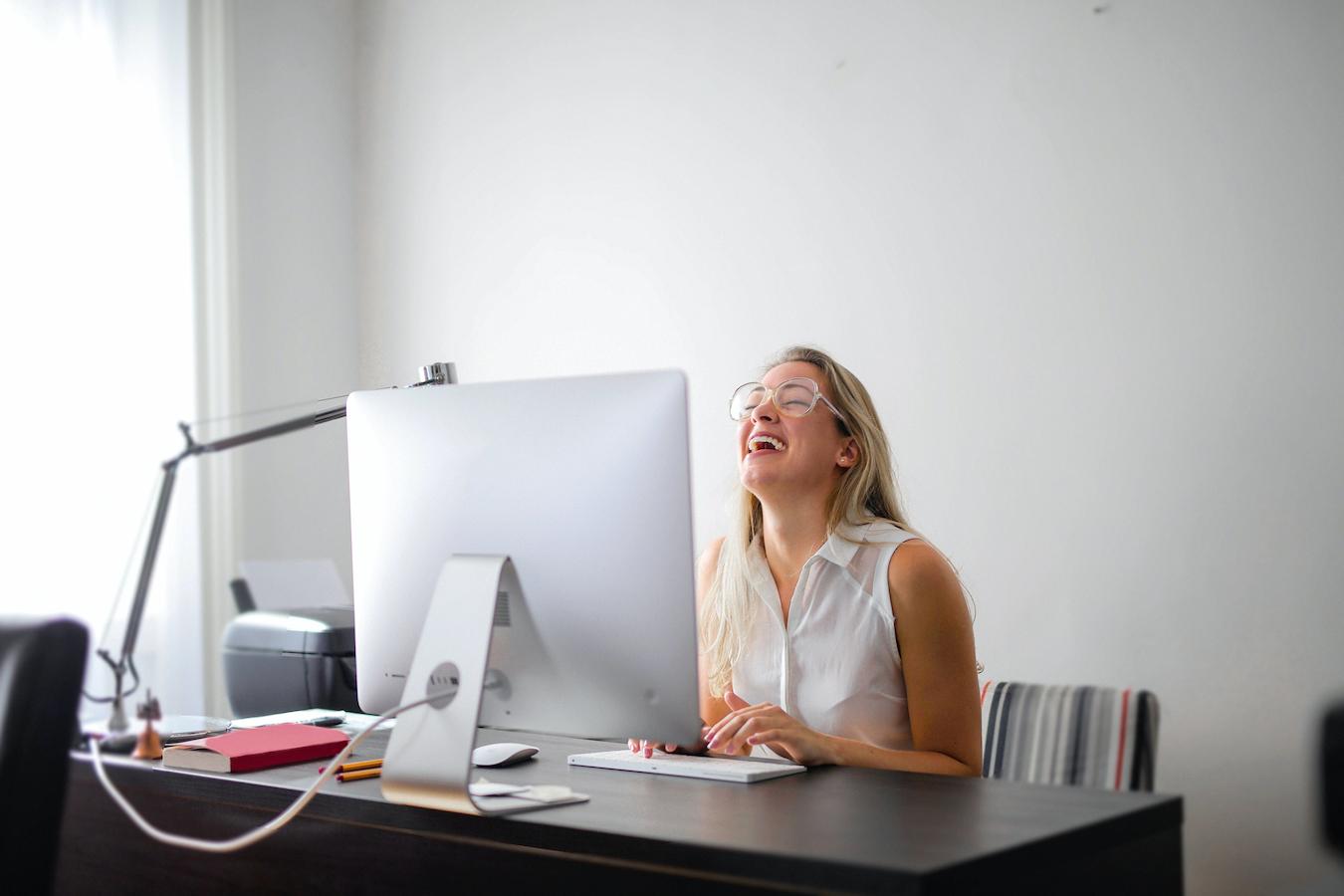 For instance, if someone in the program was talking about houses, you might add in Zsa Zsa Gabor’s line:

“Speaking of houses, Zsa Zsa Gabor once said, ‘I’m a wonderful housekeeper– every time I marry a man, I keep the house.’”

You get the idea. The objective of a zinger is to interject quick, playful humor into the program (at appropriate times, of course).

Use what’s happening at the moment to set the table for your short and to-the-point witty remark.

You must be careful here because sarcasm often has a sting to it. Whenever possible, you want the zinger to be self-inflicted, not aimed at the audience, and certainly not aimed at the meeting planner or other speakers you’ll be sharing the stage with.

If the audience likes you and trusts you, you can get away with a touch of sarcasm. But again, be very careful and make sure not to say anything that might offend anyone in attendance.

Follow the rule I’ve been repeating throughout this book: When in doubt, leave it out.

Said at just the right time

As you may know, one of the crucial elements of humor is timing. You don’t want to force a zinger into an event.

You want to have it ready in your mind (or on a 3×5 card) and insert it if, and only if, it adds a spark to the moment.

Think of a zinger as a flavoring on a great meal: it’s not necessary, but it enhances the taste.

When You Learn to Use Zingers:

Here are a few things to keep in mind as you begin to practice adding these quick-witted remarks into your work as an emcee:

When You Learn How To Be Witty, Remember…

What a witty remark looks/sounds like to an audience

The impression the attendees should have when you share a zinger is, “How in the world did he come up with that?” 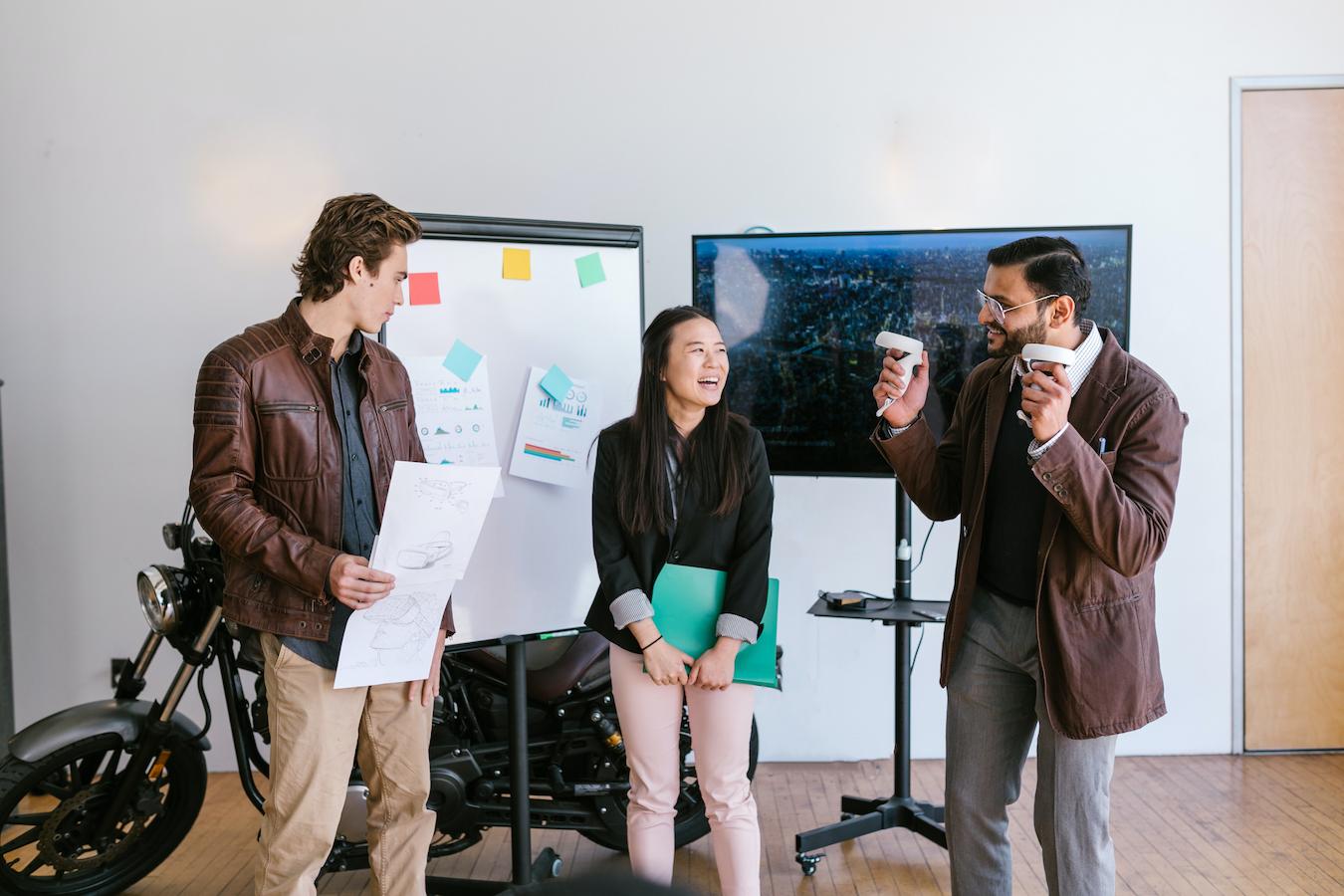 The truth is, you may have delivered that particular zinger dozens of times before, but to the audience, it feels like you said just the right thing at just the right time. To them, it will feel like a very spontaneous remark– which makes it all the more amusing.

I probably have access to about a hundred zingers that I’ve used in the last 30 years of my career, but I find myself going back to a few favorites over and over again.

It gives me a sense of freedom and confidence knowing that I can draw upon them as needed, almost like a Rolodex of clever remarks in my mind.

You can practice zingers even when you’re not onstage. I want to encourage you to try them out in your work environment, at home, or even in some of your email exchanges with friends or coworkers. This is how you will know whether they work!

Where to find zingers

I published an entire book called Comedy Comes Clean that’s packed full of zingers. The subtitle is “A Hilarious Collection of Wholesome Jokes, Quotes, and One-Liners.”

There are many sources for one-liners that are apropos for various situations. I recommend that you collect books filled with short quotations.

Aphorisms are also great to use. The difference between an aphorism and a one-liner is that generally with an aphorism, there’s some embedded wisdom in the quotation.

One instance of this might be director Billy Wilder’s line, “If you’re going to tell people the truth, you better be funny or they’ll kill you.”

When to say them (and when not to!)

One of the worst things you can do is to attempt to cram a witty remark into a situation that doesn’t call for it.

I was once invited to preside at a memorial service and the spouse of the deceased asked me to throw in a lot of jokes. As I was reading the room (filled with a lot of mourners), it was obvious to me that weaving in a bunch of zingers was not appropriate for the setting.

The best time to share a zinger is when the audience least expects it, but you also need a situation in which something has been said or done onstage to set you up for your witty remark. It’s a delicate balance that you will master with practice! 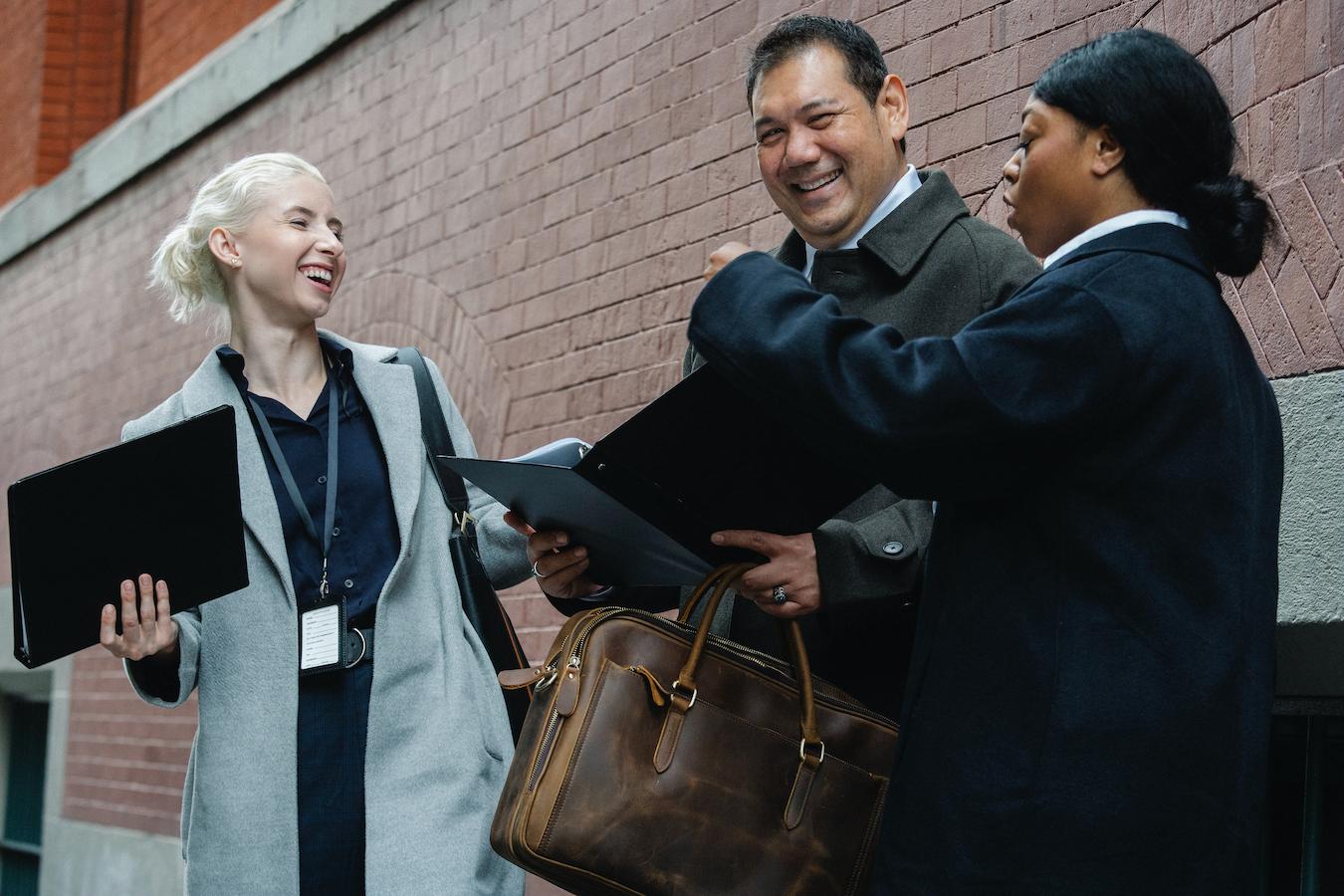 Example: About 75 years ago, a server in a nightclub dropped a tray and it crashed very loudly to the ground. The comedian on stage said, “Oh, just set that anywhere.”

He got a huge laugh, and stand-up comedians have been stealing that line for decades ever since.

You may come up with a wonderful on-the-spot zinger that becomes an ongoing part of your repertoire.

How witty people deliver a zinger

They usually consist of only one or two lines that pack a punch, so you want to deliver them in a punchy way.

Don’t deliver a zinger under your breath. It’s very important that the audience hears every word, or the zinger won’t land. Make your brief comment, pause, then POW– hit them with the zinger.

Now that we have covered what makes a zinger effective and how to deliver them, let’s go over some specific examples of some of my favorites.

Bonus: X Factors – How To Be A Great Emcee

When dismissing attendees who have just been served lots of meals and snacks:

ZINGER: Until we eat again…have a great night!

When the audience has just witnessed an inspiring performer or speaker:

ZINGER: Well, if that doesn’t light your fire…your wood is wet!

When a professional musician or other artist demonstrates an incredible skill:

ZINGER: Just imagine what he will sound like when he goes full-time!

When you are reminding attendees about tomorrow’s start time:

ZINGER: Be on time. Don’t make the mistake I did. I asked the front desk for a wake-up call. The guy said, “OK. You’re overweight and you need a new haircut.”

When you make a mistake on stage:

ZINGER: Hey, I put the FUN in dysfunctional!

When you are moving donors into the fundraising part of the program:

ZINGER: My wife and I recently raised our standard of giving.

When you are inviting the audience to make a commitment:

ZINGER: I always give 100%. Unless I’m donating blood.

As I mentioned earlier, you have to be careful with zingers. You don’t want them to be badly timed, forced, or in poor taste. 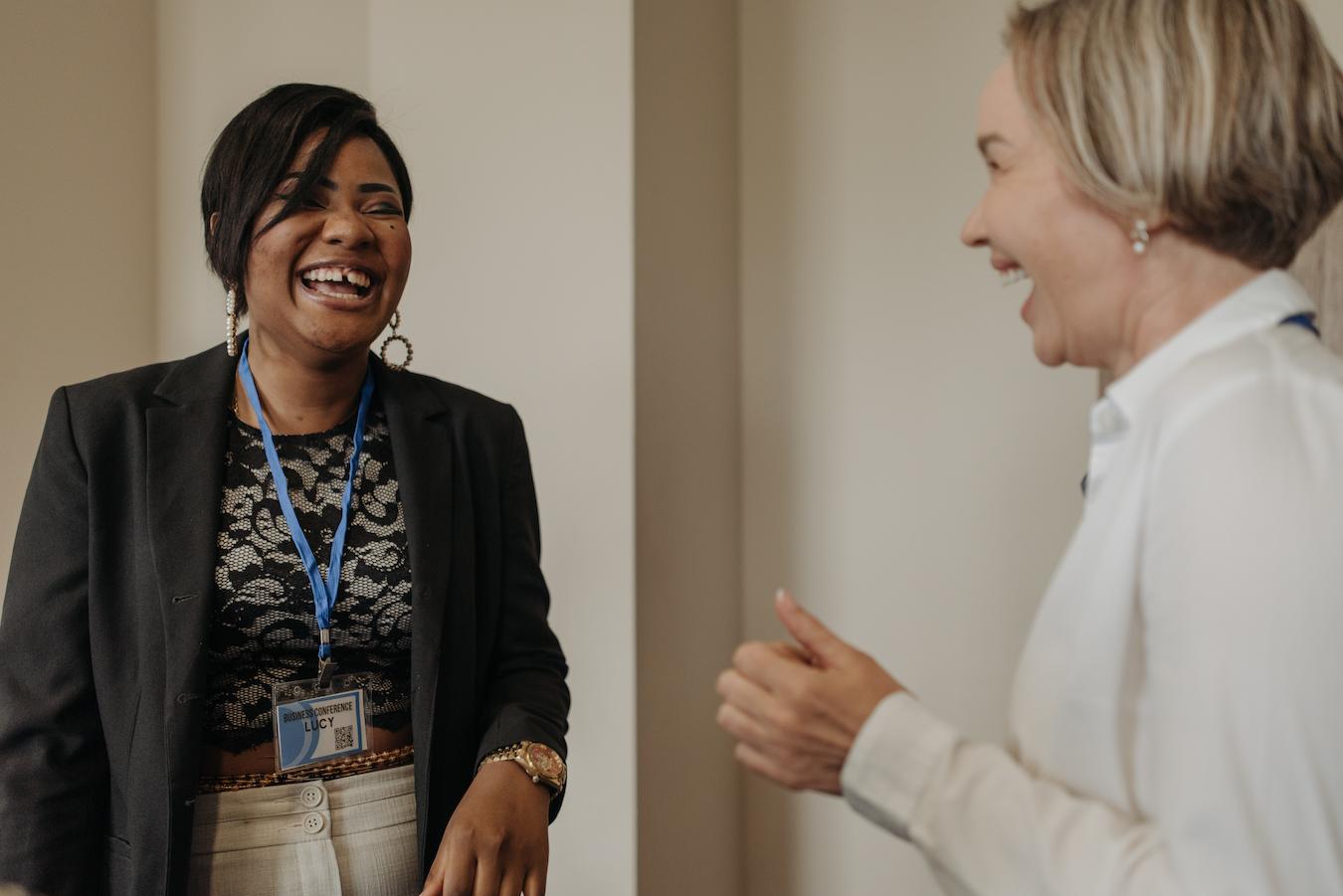 You must be able to read the room and have a certain level of confidence that your audience will be amused by what you’re about to say. Let’s talk briefly about a few other mistakes to avoid when delivering your zingers.

1. Using too many in your program

Zingers hit so hard because they are rare and unexpected. If you start peppering in too many, your audience will come to expect them, and your zingers will lose their impact.

You don’t want to be overly “cheesy,” for lack of a better word. Limit your zingers to occasions where they will really pop.

This will have the opposite effect you’re looking for. As the event MC, your role is to delight attendees, not to disturb them. It wouldn’t be appropriate to make the leaders of the company the butt of a joke, for instance.

Another important note: It’s probably a good idea to stay away from content that is overly political or religious. The last thing you want to do is offend your audience or embarrass the organization that hired you to emcee their event.

3. Delivering a zinger with passive tone and body language

Zingers are most effective when you deliver them properly. Their impact comes not only from the words but from your tone and open body language as well. A great line needs to be delivered with confidence! 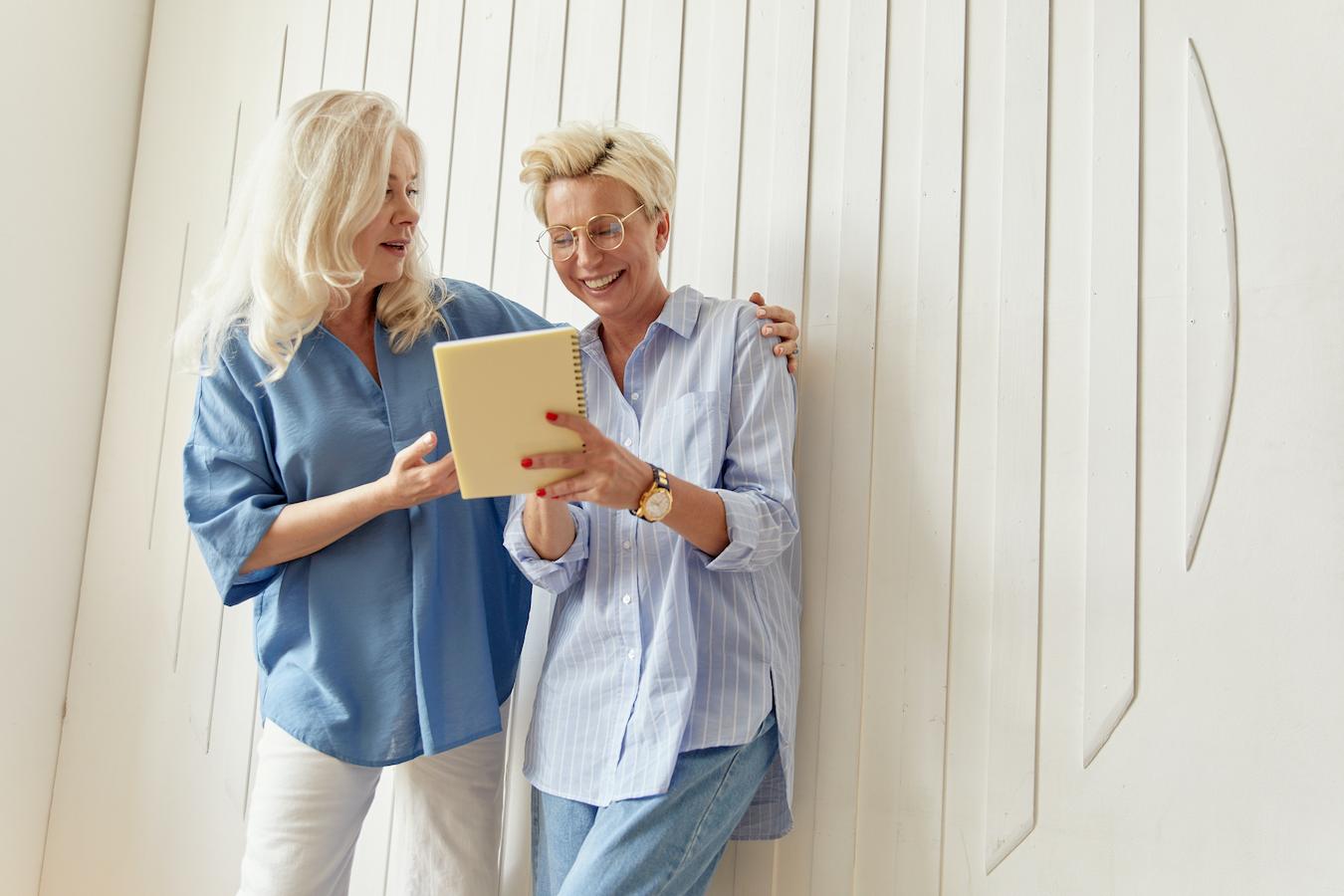 When you are hosting a live meeting or making any presentation, never underestimate the power of inserting a well-timed quote, one-liner, or zinger!

These short, funny, statements will help you build rapport with your audience and make you look wonderfully witty in the process. And to your listeners, a zinger can feel like a burst of spoken sunlight that brightens the event!

Keep Reading: Introduction: The History Of Emcees – How To Be A Great Emcee

This is an excerpt from Adam Christing‘s forthcoming book, “How To Be A Great Emcee: The A to Z Guide to Hosting Events” by America’s #1 Master of Ceremonies. Follow along as new chapters get posted to this blog category each week. 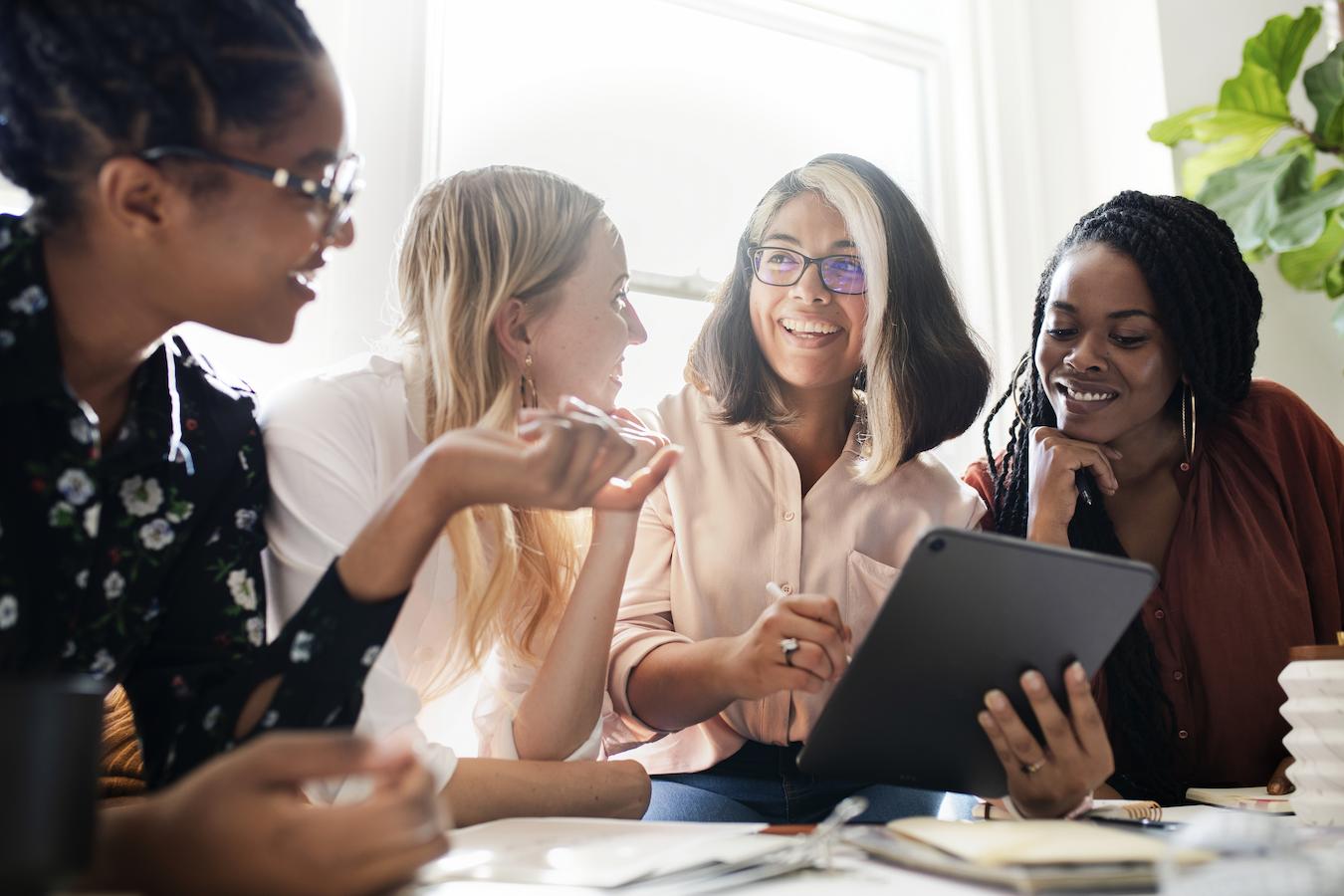 7 Ways To Improve Your Workplace Culture For 2023

7 Ways To Improve Your Workplace Culture For 2023