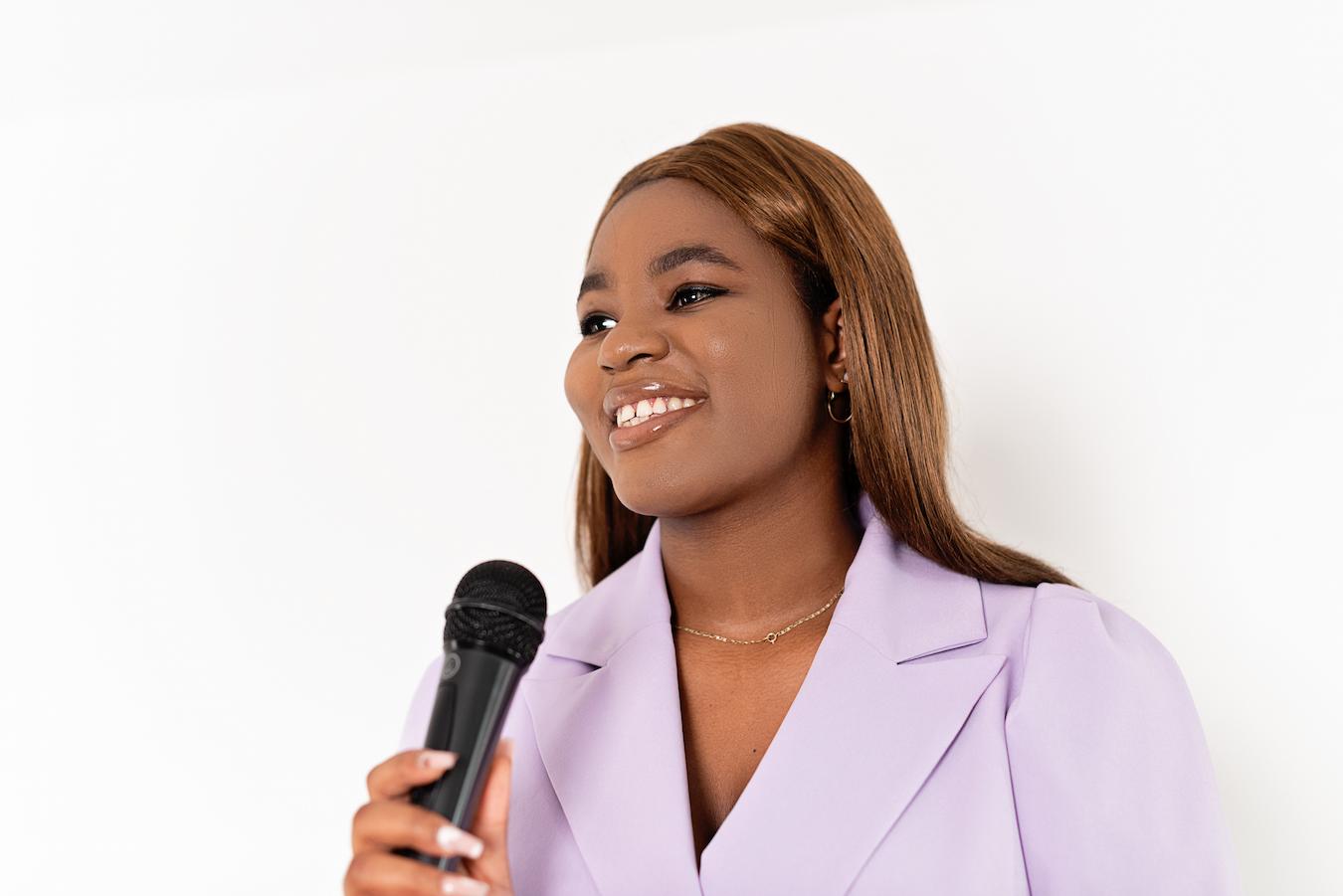 What’s the best thing about live events? Is it the high energy vibe?

Getting the chance to experience something with an entire audience? Or maybe the content of the event itself like an awards ceremony or wedding day?

All of those things certainly contribute to the excitement of a live event. But there’s one thing that can make or break an event despite all of these good things going in its favor.

And that thing is the emcee. A good and effective emcee can take all of the excitement in the room and amplify it with stage presence and pizzaz.

But a poor emcee who’s a bit nervous may take that hype and bring it down to zero energy, making it a painful experience for all. Luckily, I’ve laid out a couple of advanced tips to make sure that doesn’t happen.

So, are you ready to kick off your event emceeing career on a high? Then, read up and get ready to tackle those event proceedings.

First and foremost, a Master of Ceremonies needs to know what type of event they’re emceeing – a live event, a hybrid event, a virtual event. This seems obvious.

But like any school assignment, you want to know exactly what the audience should expect. If you can, meet with the people organizing the event beforehand.

And make sure you know all that the occasion calls for. Whether that’s congratulating award winners or simply getting the audience engaged for a keynote speaker.

All of this information will help you formulate your emcee presentation. And it will also kickstart your relationship with the stage manager and other professionals involved.

Besides, just think of how unprofessional it would be to just show up to the event with no prior knowledge at all. That’s a big no-no in my book…

Now that you know what type of event you’re emceeing, it’s time to figure out your role in it. Of course, as Master of Ceremonies, you’re tasked with bringing in those positive and energetic vibes.

But do you need to create an elaborate opening ceremony that will blow the audience’s socks off? Or are you there to ensure the audience’s understanding of the events happening?

Getting clarity on your specific responsibilities will help you make a good first impression. And it’ll give you a clear view of the program ahead.

Additionally, you’ll also want to know whether the event caters to the audience’s interest. Or if you’re going to need to convince them of something.

You’re there for the audience. But you’re also there for the event organizers that hired you. So finding the right balance to make everyone happy is what makes being an emcee both a challenge and a reward.

#3. Clarify your role as a professional emcee

This is somewhat related to the previous point. But in short, this is about laying down your groundwork for the people organizing the event.

As Master of Ceremonies, you’re there to establish credibility, interact with audience members, and get folks genuinely interested in the material at hand. But just because you have ultimate control over the show doesn’t mean you’re the star of it. 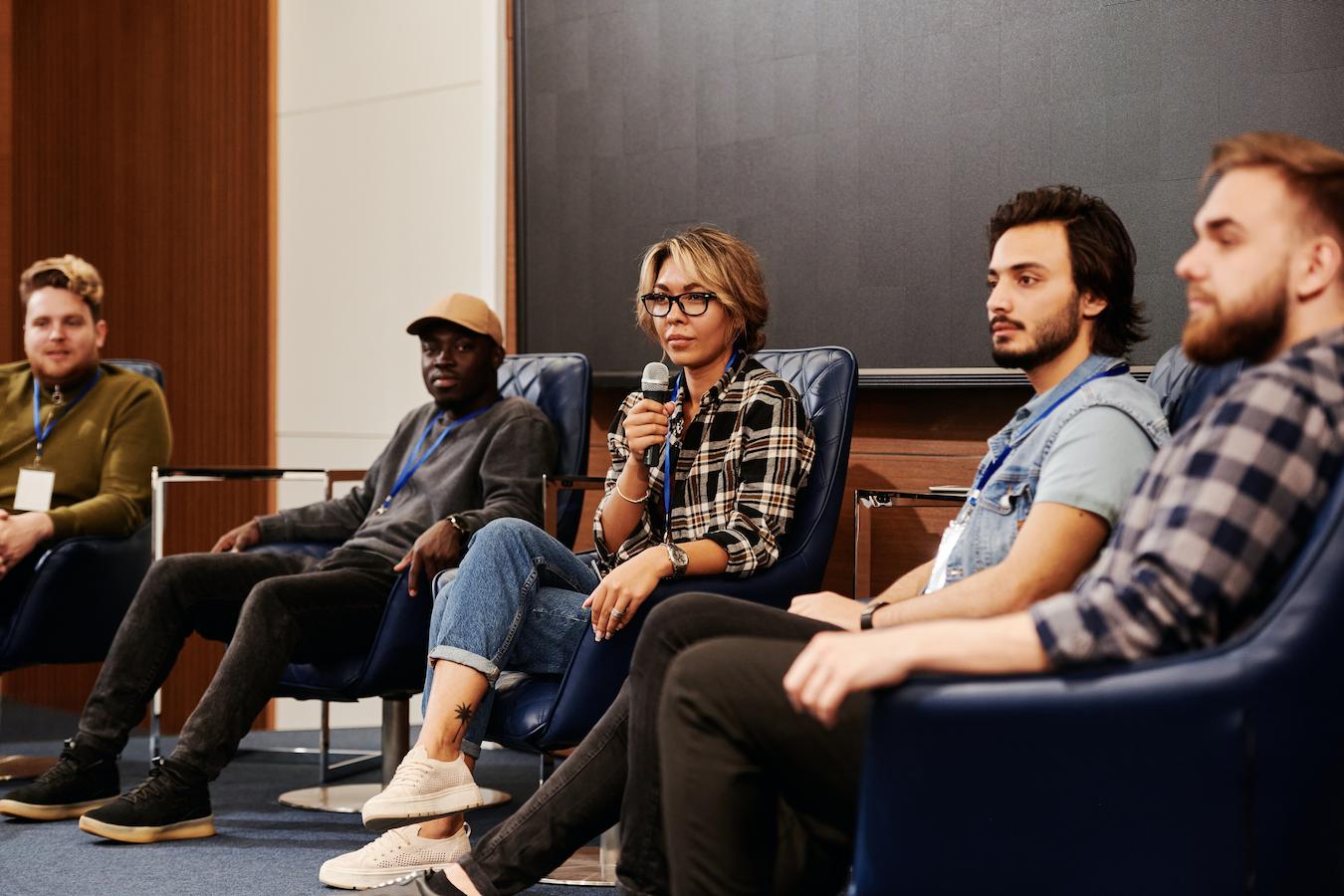 This is a helpful tip that a lot of aspiring emcees should learn early on. Yes, you are in charge of the entire tone of the event.

But serving as the Master of Ceremonies is all about making other people the stars. That means speakers, audience members, an award winner, and more. Really, whatever the event calls for.

So making this clear with the event organizers will help you understand who you should be highlighting. And odds are, they’ll appreciate your humility and professionalism.

#4. Gain any background knowledge in advance

Something not many people think about is how much research an MC has to do. Well, a good MC, that is.

In order to have an elaborate emcee opening ceremony, you’ll need to know the audience you’re talking to. And you’ll also be in charge of introducing and acknowledging speakers.

Even the previous speaker who introduced you. So before the event itself, it’s always good to do research.

Whether it’s learning a speaker’s bio, reaching out to other speakers booked for the event, or more. Any advance work you can do beforehand will make the daunting task of emceeing feel, well, less daunting.

#5. Create a script or event schedule

It’s perfectly normal for stage fright to poke its head out right before you’re set to go on stage delivering one segment. But you can’t let that fear control your entire corporate emcee experience.

That’s why creating a script and schedule of events is crucial. This will not only tell you when the event starts, but when the next speaker or next segment is set to go up.

This may seem like a small thing. But when you’re in the middle of a corporate event and find yourself a little lost, this script can help you get back on track.

Not to mention you’ll probably stay positive knowing you have a handle of things. There are plenty of other plates you’ve got to keep spinning in the air.

So do what you need to help you stay on track. You’ll need to keep a cool head especially when things don’t go as planned.

In order to connect with the audience effectively, you need to have a solid opening. Not only does a good emcee sound bright when they’re talking to the audience.

But the substance of what they’re talking about is what reaches the audience in the first place. This means reaching out to the audience individually to let them know that you care. 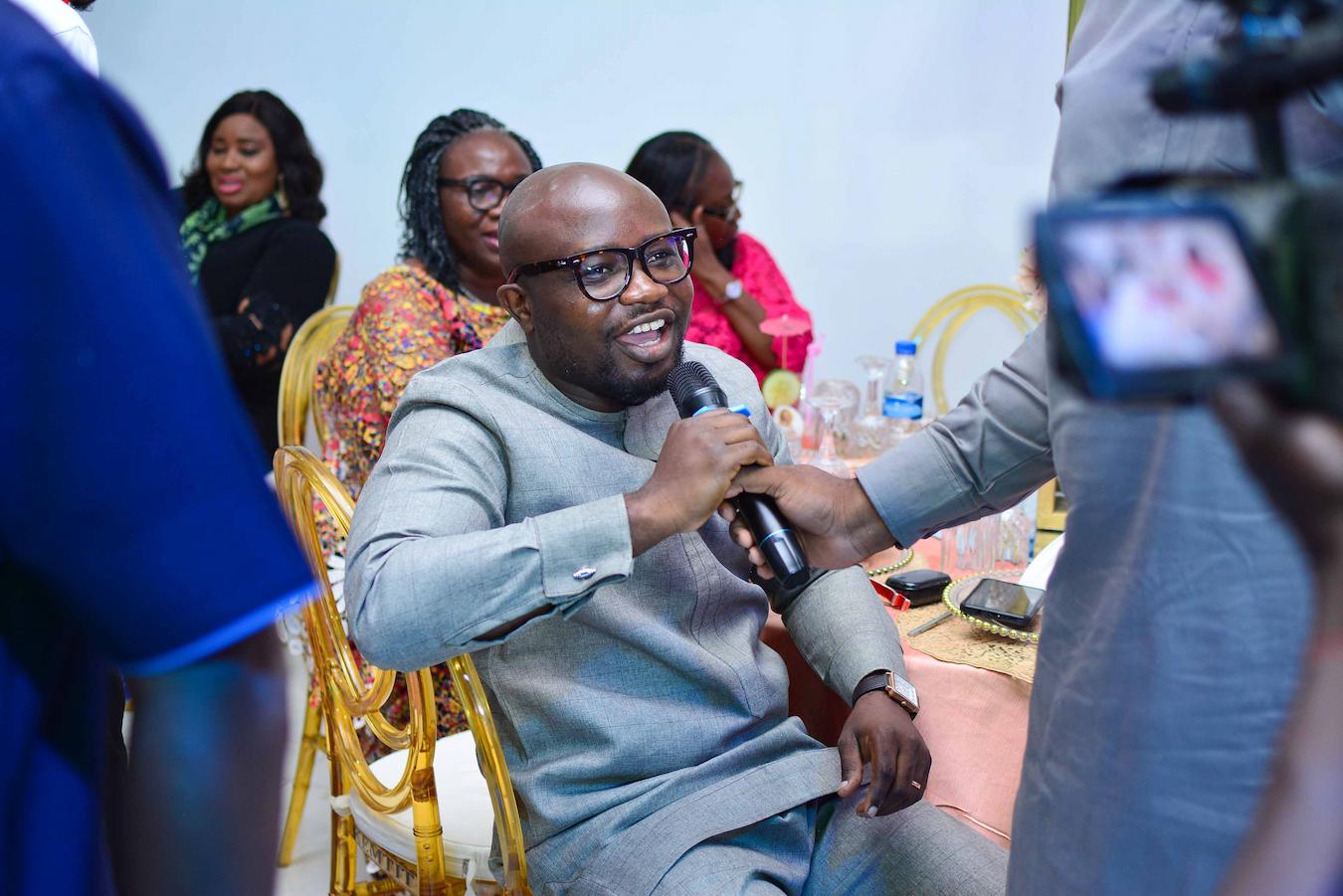 And like any professional comedian, a great way to win people over first is by making them laugh. Any low energy presentation is immediately going to make the audience distrust you. Or dislike you, at best.

So instead, make the opening such a magical experience that people don’t want to be anywhere else but there. It seems like a tall order but many emcees know the power of first impressions.

You might think that introducing speakers is an easy part of being a Master of Ceremonies. But don’t underestimate how you present the next speaker at a corporate event or meeting.

Not only do you want to have done research beforehand. You also want to make sure you discuss how you’ll introduce the speaker with the speaker themself.

They may have certain things they want to have highlighted within their career. Or maybe your introduction of them should act as the perfect segue for what they have to say.

Either way, it’s always a good idea to collaborate with the speaker before introducing them. And if that opportunity isn’t available, then doing your research is an absolute must.

#8. Keep the stage positive during transitions

The timing of events has to be handled well. Because any number of things could happen.

That’s what makes live events so much fun. The unexpected nature of what’s to come next. 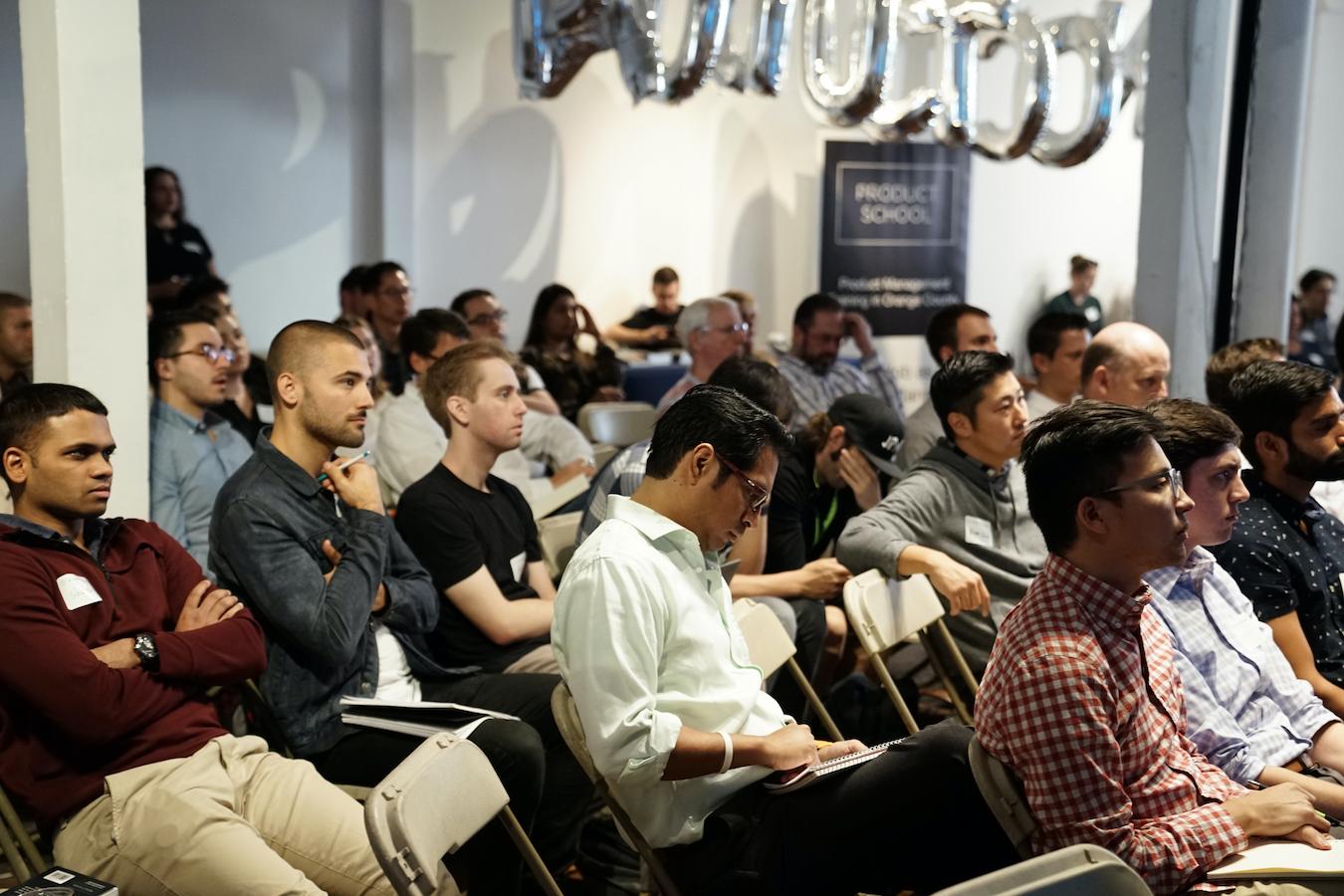 But if there’s a slight hiccup that requires an unexpected transition, then you’ll be tasked with entertaining the audience while problems get sorted out. Master of Ceremonies ought to be very well versed in the skill of improvisation.

Because any dead air on stage gives the audience permission to disengage. And that’s not what you want as an MC.

Instead, these unexpected moments are the time for you to speak up and interact with audience members. Of course, you’ll want to ensure minimal disruptions in general.

But in case there are some disruptions that can’t be avoided, you need to be ready to think on your feet. Literally.

#9. Convey enthusiasm throughout the entire event

So it’s your job to keep that enthusiasm high throughout the event. Especially when you feel the audience starting to tamp down their own energy.

Enthusiasm is the stuff of live events. Just like I said in the beginning.

And as Master of Ceremonies, you’re in charge of keeping that energy watered throughout. So even if that means making a few extra jokes.

Or speaking in an excited tone, you have to do whatever you need to keep the audience with you and engaged. But don’t mistake that to mean that you need to speak in a tone that’s fast and upbeat.

In fact, speaking in a slightly slower one can help the audience engage better as they’ll understand every word. What can I say? Emceeing really is an art form.

You might think that maintaining eye contact is an obvious note. But when we’re nervous, we tend to look anywhere else but in the other person’s eyes.

And emceeing an event is no different. Of course, you can’t maintain consistent contact with every individual in the audience at the same time. 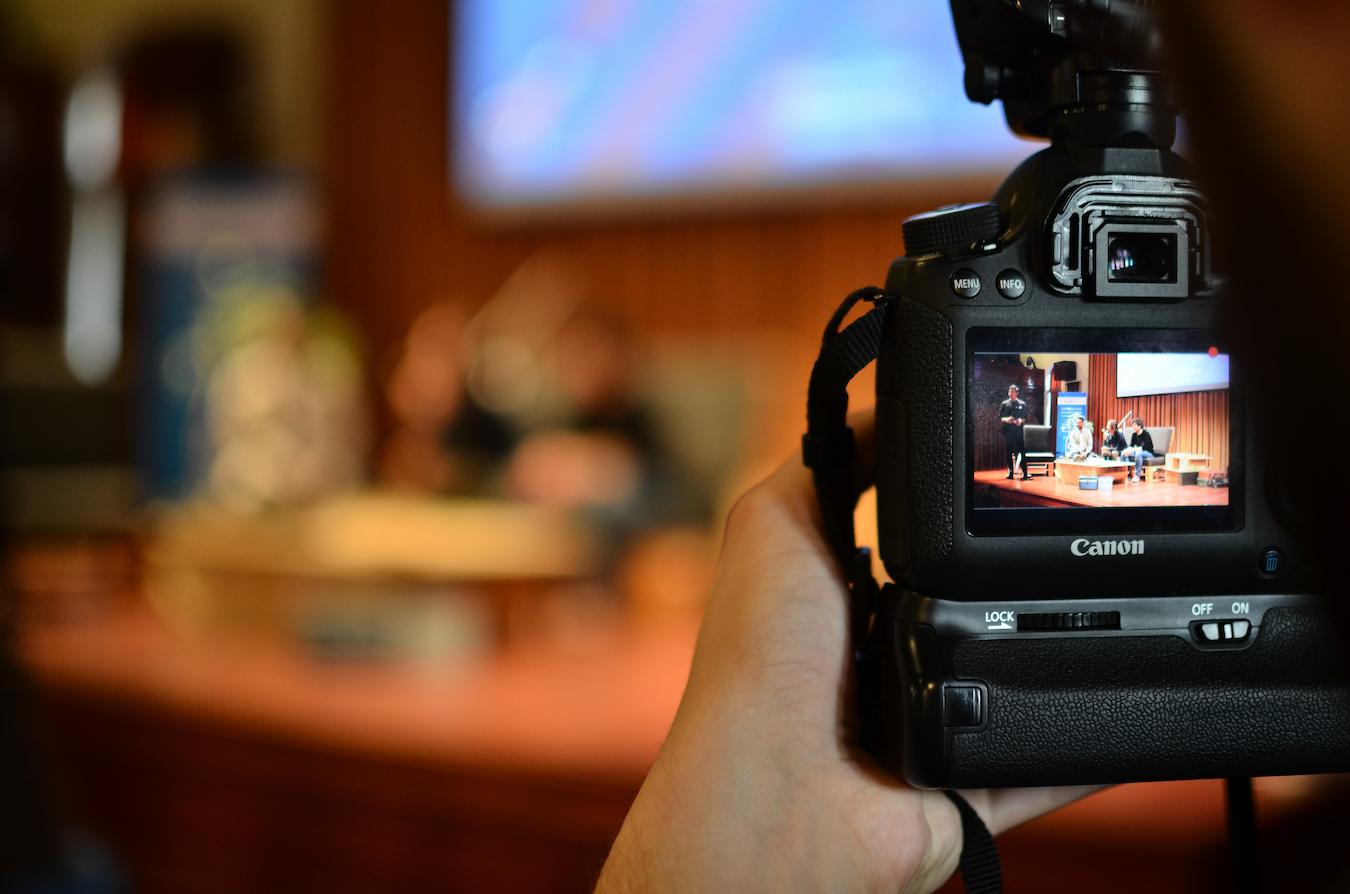 But it’s all about how you hold yourself on stage. Your presence must be commanding and confident, yet welcoming and nurturing.

And where you hold your gaze is an important part of how you communicate with the audience. It’s all about body language too.

So don’t forget to factor that in when you’re up on stage. You’re not just event hosting and announcing, you’re performing with your entire body.

#11. End the night with a closing story

Not every event will have its own closing ceremony. So it’s up to you to close out the event with an entertaining twist that leaves everyone in high spirits.

Oftentimes in comedy, comedians will save their absolute best joke for last. That way, they leave an impression on the audience as they shuffle out the theater doors.

Well, the same goes for being an event emcee. You’ll want to leave the audience on a high note.

Because even if the event didn’t go as perfectly planned, you’ll at least leave the audience with a lasting memory of a great closing. This is also the perfect chance to thank people for coming to the event.

And thank the people who organized the event overall. There are plenty of ways to make a gracious exit.

So pick your path and send everyone off with a smile on their face. They won’t be forgetting you anytime soon.

Keep Reading: How To Host An Event

How To Host An Event

How To Host An Event