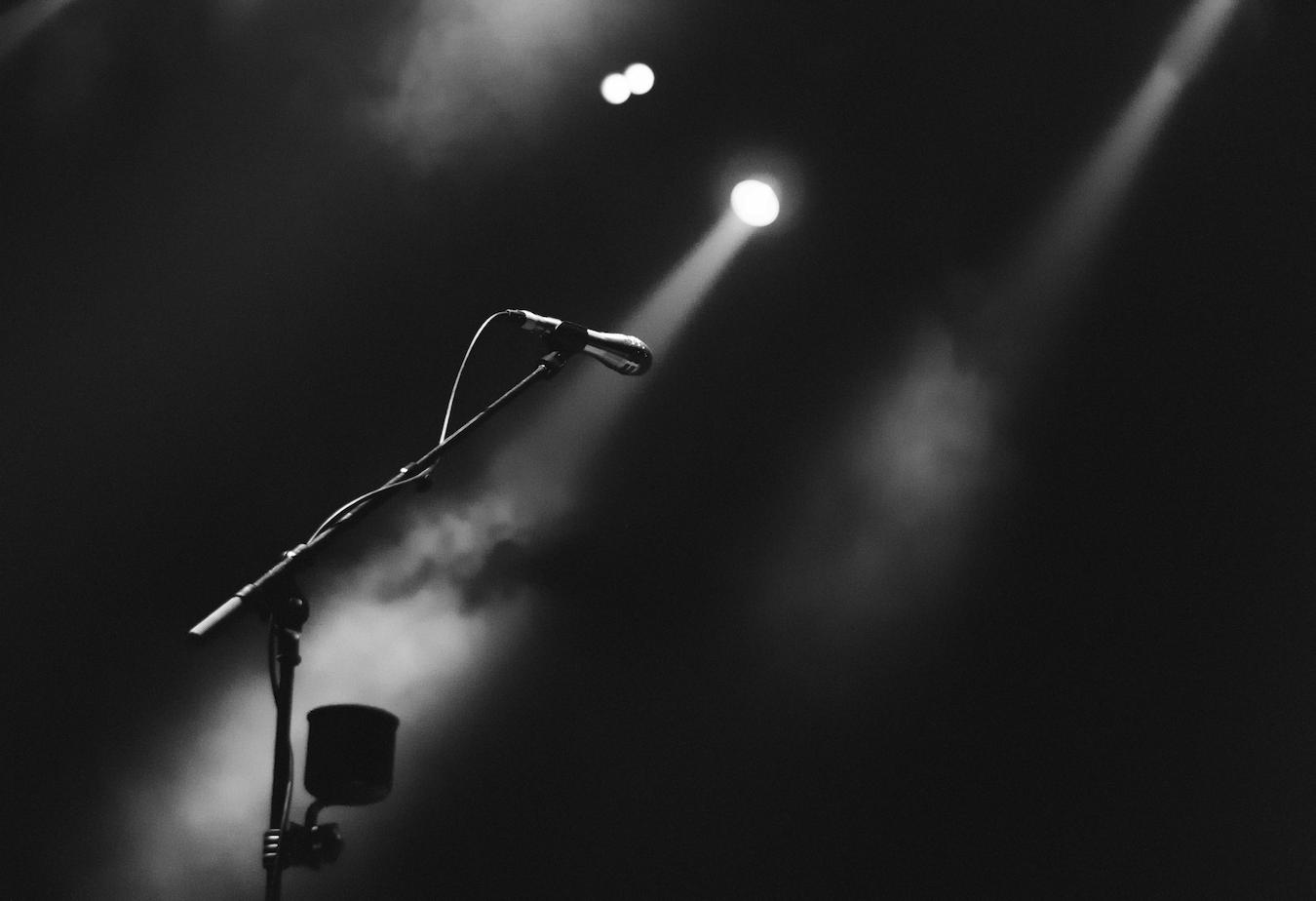 There are many arts that have taken shape throughout time. And one of the most powerful arts of them all is public speaking.

As an experienced corporate emcee, I know the true power of voice and what it means for both you and your audience. The art of public speaking is a mighty tool for shaping public opinion, inspiring action, and motivating change.

Over the years, there have been many iconic public speakers that have made a significant impact on the world. Keep reading, and I’ll let you know five of the most famous public speakers of all time and what made them great!

When we consider some of the most famous and iconic public speakers in history, none is perhaps more influential than Martin Luther King Jr.

Martin Luther King Jr. remains one of history’s most famous and prominent public speakers. He is remembered for his powerful and inspiring words that brought about meaningful social and political change.

Martin Luther King Jr. is hailed as one of the most renowned speakers of all time, and it’s clear to see why. An American Minister and civil rights activist, he used thought-provoking speeches and great spoken word to bring forth worldwide change.

But what exactly made him such a great public speaker?

What Lies Behind The Power Of PUBLIC Speaking

Not everyone has the ability to communicate effectively through the art of public speaking. But famous motivational speakers like Martin Luther King Jr. had iconic qualities that made PUBLIC speaking one of his greatest assets.

Great PUBLIC speakers have some core qualities that deliver them success through the spoken word. These characteristics can be broken down using the following acronym:

Famous speeches through time have all of these qualities and more. However, without aspects like confidence and authenticity, a speech can fall apart instantaneously.

If you want to command authority with your public speaking skills, you must focus on the entire picture. Practicing and rehearsing hand gestures and facial expressions will only get you so far (but you still should do that!)

You need to ensure your entire image is crafted in a specific way. Then, when you step in front of your audience, you need to ooze confidence, authenticity, and trustworthiness.

Get all the pieces right, and your speeches will be able to touch your audience in a way you never thought they could! 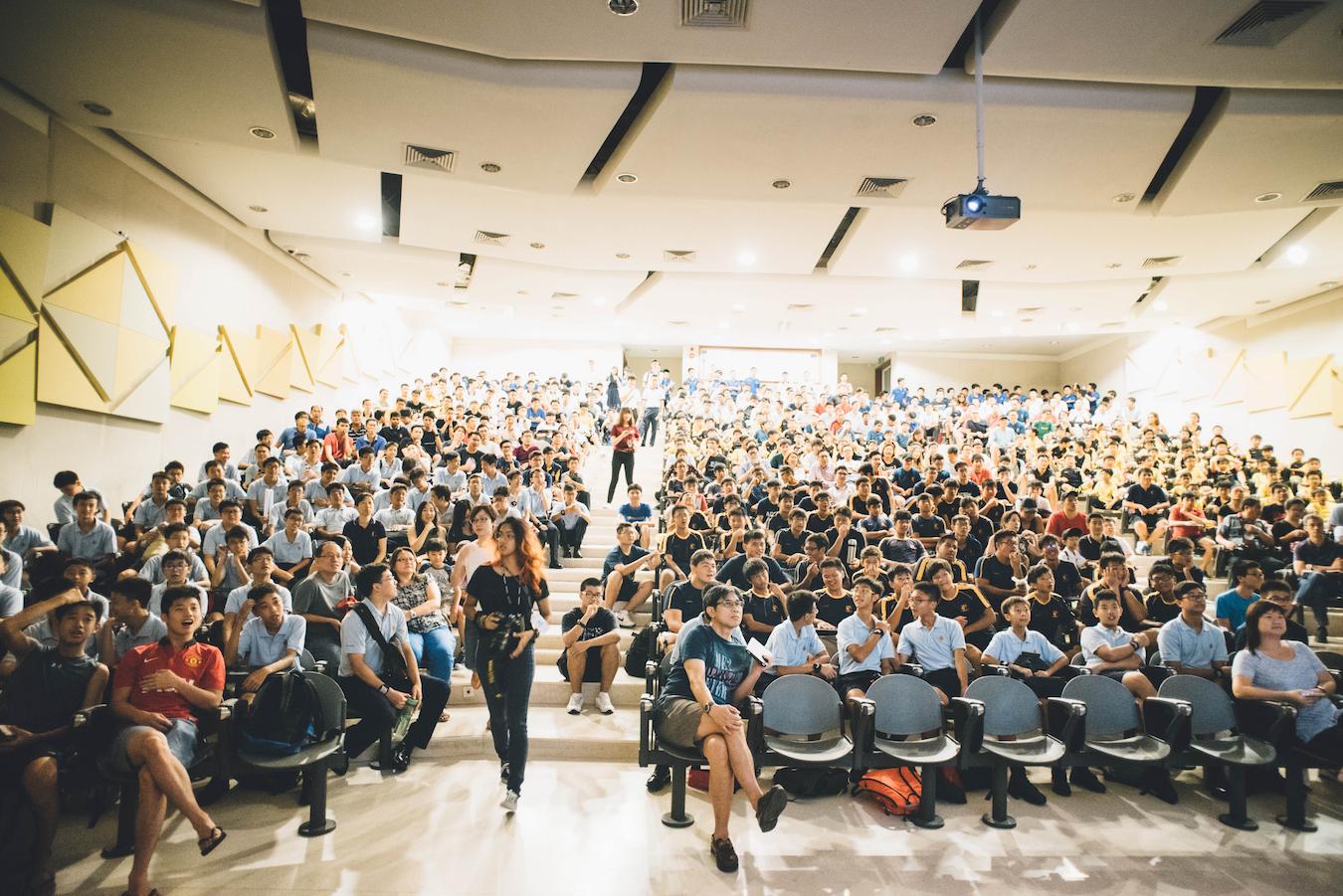 How MLK Used Inspiring Words To Bring About Positive Change

Martin Luther King Jr. used his incredibly powerful voice to bring about unprecedented change. As a great communicator, his most famous speeches like “I Have A Dream,” are still incredibly well-known today.

“I have a dream that my four little children will one day live in a nation where they will not be judged by the color of their skin, but by the content of their character.”

There are many reasons why MLK’s speeches were so influential. For starters, he used rhetorical devices like repetition and parallelism effectively.

He also used his own personal experiences and the experiences of others to illustrate the injustice and suffering that African Americans faced ten and continue to face today. In this way, he was able to master emotional appeals and stir up strong emotions in his listeners.

Many of the most influential and motivational speakers arose in the public eye during periods of adversity or hardship. When the world was at odds, their spoken word was able to unite people into something beneficial.

This is true for Winston Churchill, who was Prime Minister of the United Kingdom during World War II. However, his skills in public speaking didn’t come naturally. In fact, he initially spoke quite monotonously and had difficulties with speeches.

But later on, he mastered public speaking and could use his profound skills to become one of the greatest orators of all time. Winston Churchill delivered his iconic “Our Finest Hour” speech to Parliament in 1940 during the outset of WWII.

Churchill also was awarded the Nobel Prize in 1953 in Literature for his self-written speeches.

Here, perhaps, is one of the greatest lines spoken by Churchill:

“Of all the talents bestowed upon men, none is so precious as the gift of oratory.” 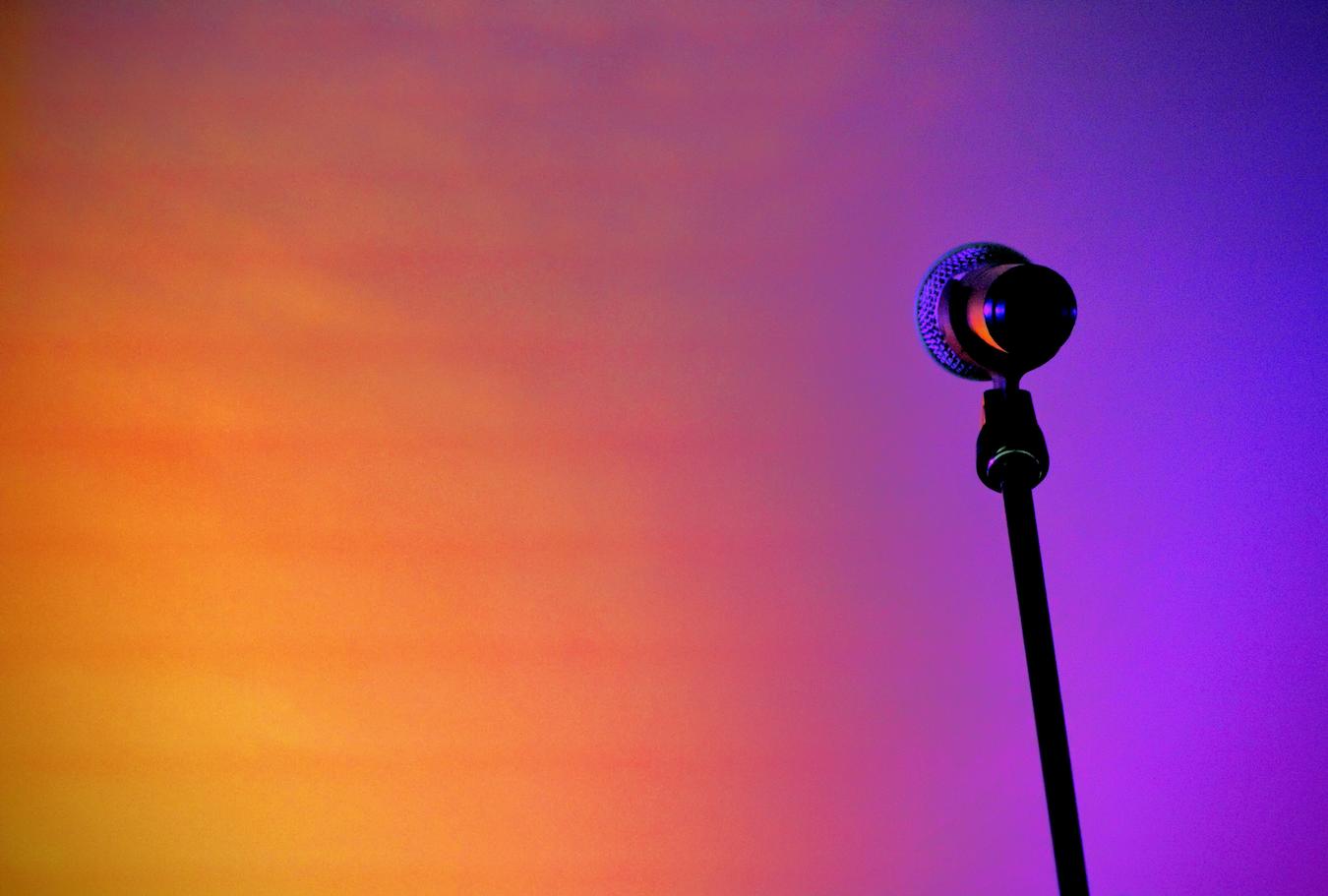 Like MLK, Mahatma Gandhi believed in peaceful protests, non-violence, and the spoken word to bring about positive change.

Mahatma Gandhi was passionate about Indian independence from the English occupation, and his message was always clear and focused. This is one of the many reasons he is well-established as one of the greatest speakers of all time.

He stood for social justice and equality, and his speeches were full of rhetorical devices that made his message impactful. For example, in his famous “Quit India” speech, he repeatedly used the phrase “quit India” to create a powerful refrain.

Gandhi was genuine and authentic as a speaker and believed deeply in what he was saying. This level of individuality and authenticity is the foundation of great public speech.

Public Speaking And How It Pertains To You

Public speaking skills are precious in today’s society, just as they always have been. But you don’t need to try to become a famous speaker to use words to influence people!

Especially in the workplace, speaking skills are the foundation of communication. With strong public speaking characteristics, it will be much easier for you to thrive and grow!

In today’s world, we often see motivational or keynote speakers during business seminars or company events. And this is a great chance to see firsthand the true power of effective public speech! 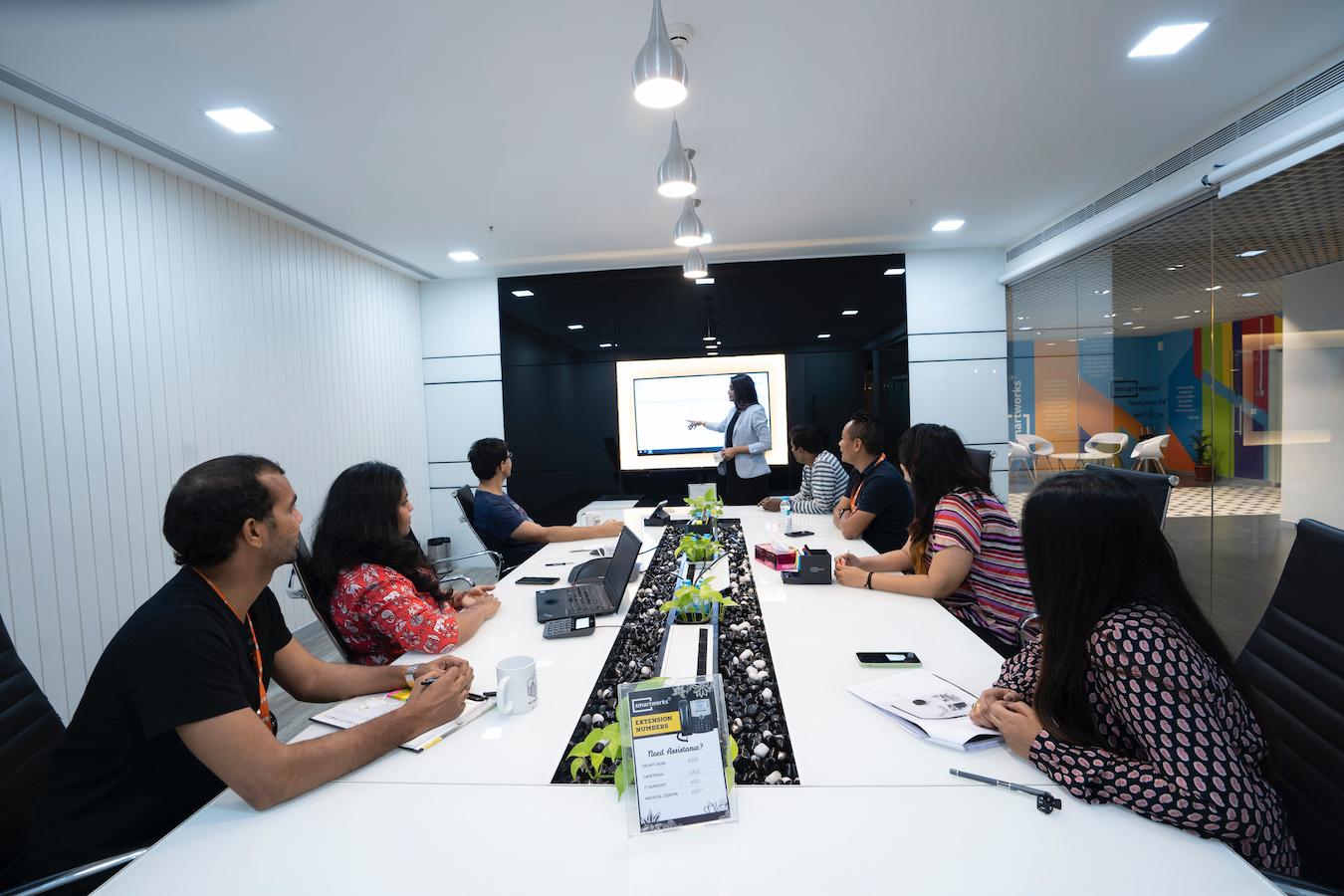 Bonus: 7 Ways To Improve Your Workplace Culture For 2023

John F. Kennedy, otherwise known as JFK, served as President of the United States and was a powerful and motivational speaker during this time. Take, for example, his inaugural address.

JFK used things like excellent timing with pauses and emphasis to drive his points home in his speeches. As a result, he crafted exceptionally memorable speeches that influenced people around the globe, but especially in the USA.

His commanding presence was full of confidence and conviction, which is the lifeblood of any public speaker. Without passion and enthusiasm, speeches often fall apart. Luckily for JFK, he knew exactly how to use his rhetoric to inspire and motivate those who listened to him.

Like many other influential speakers, JFK used abundant authenticity and genuine emotions to connect with his audience.

People can often tell when someone is being insincere. But JFK’s profoundly deep message resonated with so many people and established him as one of the most influential and powerful speakers of all time.

In one of his most famous speeches, JFK said the following to the American people;

Not many people are nearly as extraordinary as Nelson Mandela. A promoter of justice, equality, and human rights, Mandela was a true and powerful leader in the fight against apartheid in South Africa.

A master of words and influence, he quickly became established as an icon for freedom and equal treatment. As an impactful speaker, his speeches addressed the profound struggles of the South African people and illuminated hope.

Nelson Mandela became the first black head of state in South Africa and was a prominent political figure despite various challenges and threats. Even in 1962, when he was arrested and charged with capital crimes of sabotage and (essentially) treason, he still delivered a defiant speech. 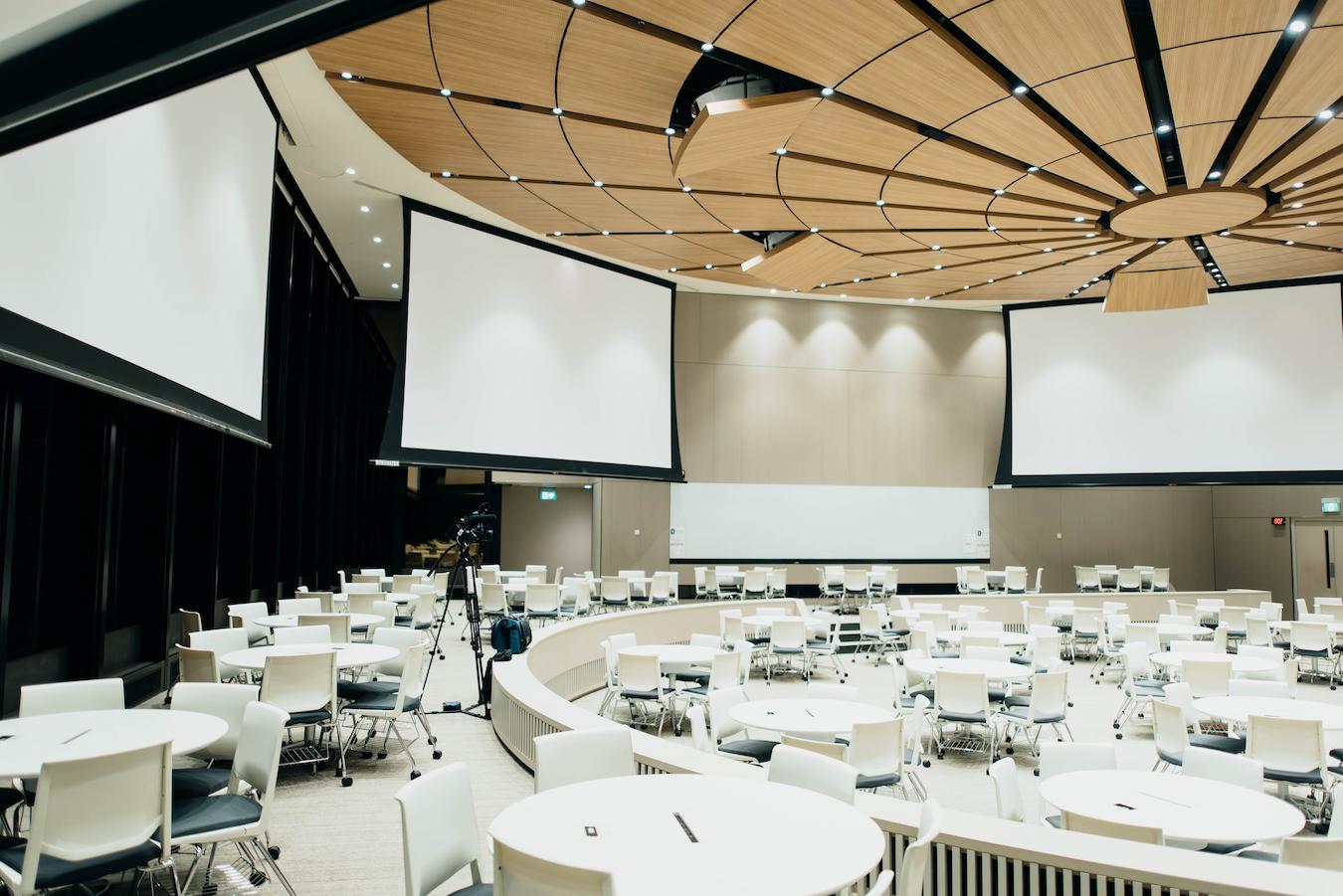 “I Have Cherished The Ideal Of A Democratic And Free Society…”

“…in which all persons live together in harmony and with equal opportunities. It is an ideal which I hope to live for and to achieve. But if needs be, it is an ideal for which I am prepared to die.”

Nelson Mandela then spent the next 27 years in prison. But his message still is very much alive to this day.

His speeches were incredibly effective and powerful for many reasons. For starters, Mandela’s excellent command of language allowed him to use a wide range of vocabulary effortlessly. In this way, his message was able to be effectively communicated.

His speeches were eloquent and compelling, quickly establishing him as a powerful and influential figure in politics. He also included in his speeches things like personal anecdotes, stories, and parallelism to drive his message home.

Our world’s history is sprinkled with powerful and influential speakers. And it’s because of public speaking that our globe still benefits from these messages today!

Keep Reading: 10 Reasons Why Leadership Is Important In The Workplace 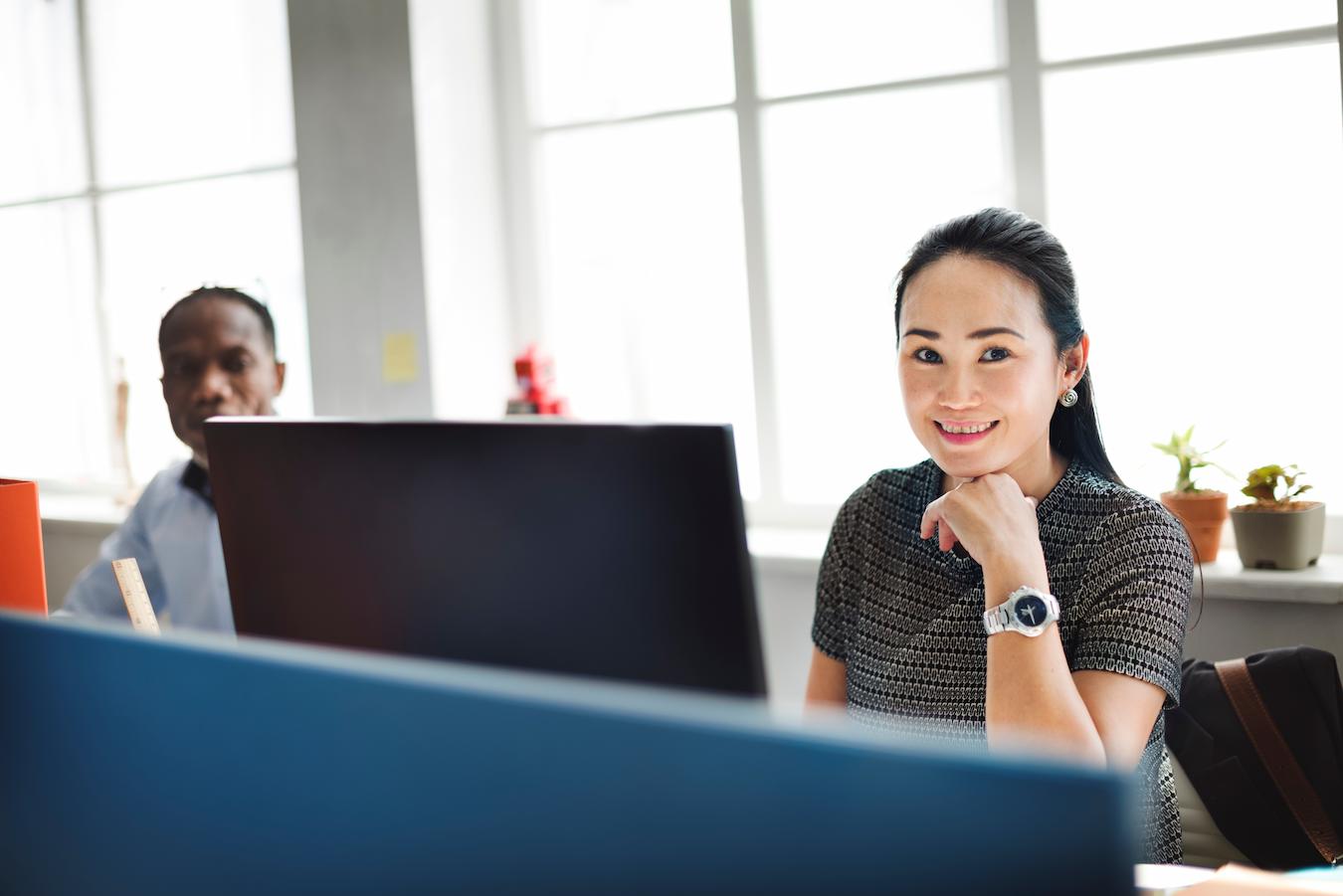 7 Tips For Managing Diversity In The Workplace

7 Tips For Managing Diversity In The Workplace