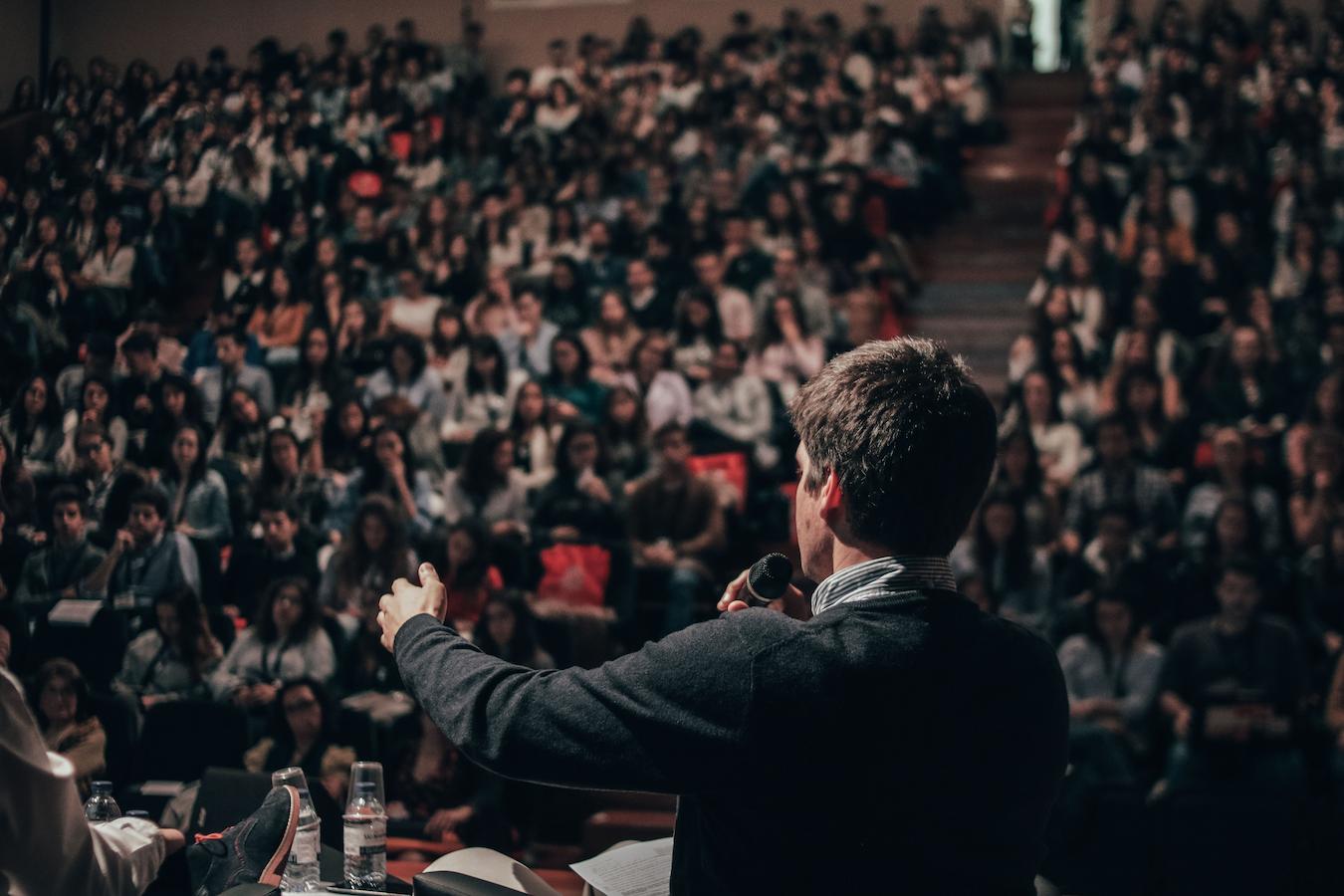 Public speaking is a potent fear for many people in this world. But to others, inspiring people through spoken words is their life purpose.

The best speakers are masters of their craft. Words are simply a medium for them to reach out and touch the minds of their audience. It’s truly a remarkable thing.

As a successful emcee, I know what constitutes a great public speaker. So here are six of the most extraordinary public speakers in the world!

See Related: How To Give The Best Speech During The Holiday Season

Motivational speakers have a unique talent that many of us don’t have. Most of us can’t speak confidently or comfortably in front of an audience.

After all, the fear of public speaking is the most common phobia in the world.

On the one hand, motivational speakers can successfully express their thoughts, emotions, and experiences to a large audience. And they can also formulate their message to carry a powerful message with it.

Communication is a powerful tool. And motivational speakers can harness this incredible potential to reach out and teach an audience valuable lessons about life.

Throughout my years as an emcee, I’ve learned how to harness this incredible power. And I know firsthand how motivational speakers can use this ability to spread an inspirational message.

Great speakers know how to change the lives and mindsets of their audience.

And that kind of superpower shouldn’t go unnoticed.

The Most Well-Known Motivational Speaker

Classifying the best public speakers in the world is a tall order. After all, each motivational speaker has a unique way of touching their audience.

Tony Robbins is one of the most well-established motivational speakers worldwide. It’s not hard to give him this label, either.

He’s accomplished many goals and has used his incredible influence to deliver inspirational and motivational speeches to his audiences.

A New York Times best-selling author, philanthropist, and entrepreneur, Tony Robbins knows how to deliver his profound message and insight. His six best-selling books have also helped his message be delivered worldwide.

Millions of people have heard his message and motivational words. Whether it’s a live seminar or virtual event, his audience always walks away holding new insight and inspiration for their own personal life.

Tony Robbins also has a non-profit foundation, which has been awarded numerous grants and has cultivated extensive access to human services organizations. His mission to help end hunger in the United States has provided more than 400 million meals to those in need over the last four years.

Not many thought leaders are as exceptional at helping and inspiring people as Tony Robbins. 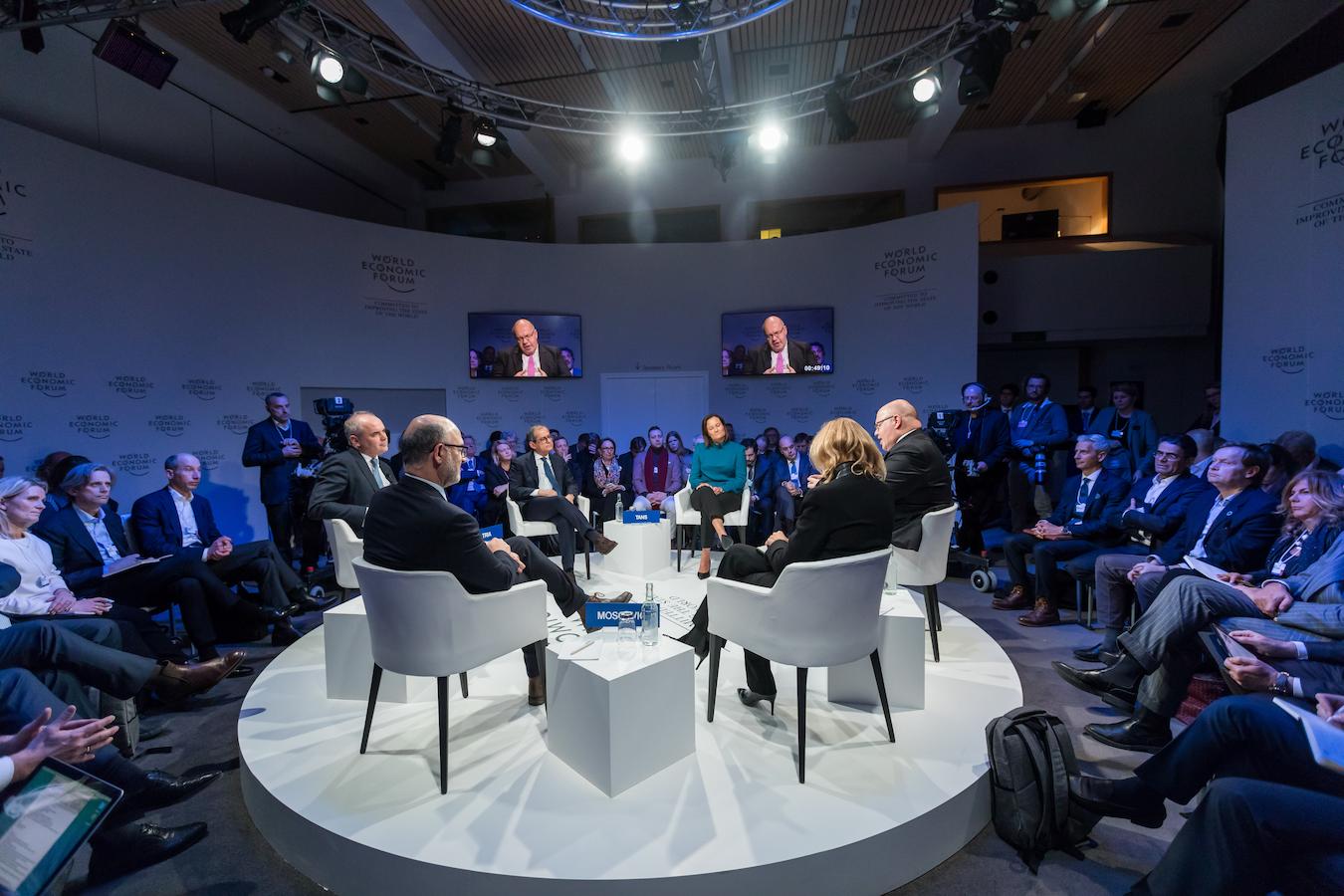 The best public speakers know how to take unfortunate odds and transform them into personal growth and outward motivation.

Nick Vujicic is one person who overcame extraordinary odds to come out on top as one of the most influential and well-known motivational speakers.

Due to an extremely rare disorder, he was rendered with no arms and no legs at birth. But his unique situation set him up to inspire those around him.

His message is of faith and inspiration, and many people have resonated with his powerful words.

What Makes The Best Public Speakers?

A great public speaker needs to have many qualities and skills. Though anyone can theoretically be a motivational speaker, not everyone has the profound abilities needed to stand out.

The best motivational speakers out there have excellent public speaking skills. In addition, they need to have the following qualities.

The best speakers can captivate an audience and deliver an outstanding message that lasts longer than the event.

Motivational speakers also know how to use their personal experiences and life lessons to relate to their audience. Being able to successfully overcome adversity and then use it to motivate and inspire people is a fantastic skill.

And Nick Vujicic is one of the best motivational speakers by these standards! 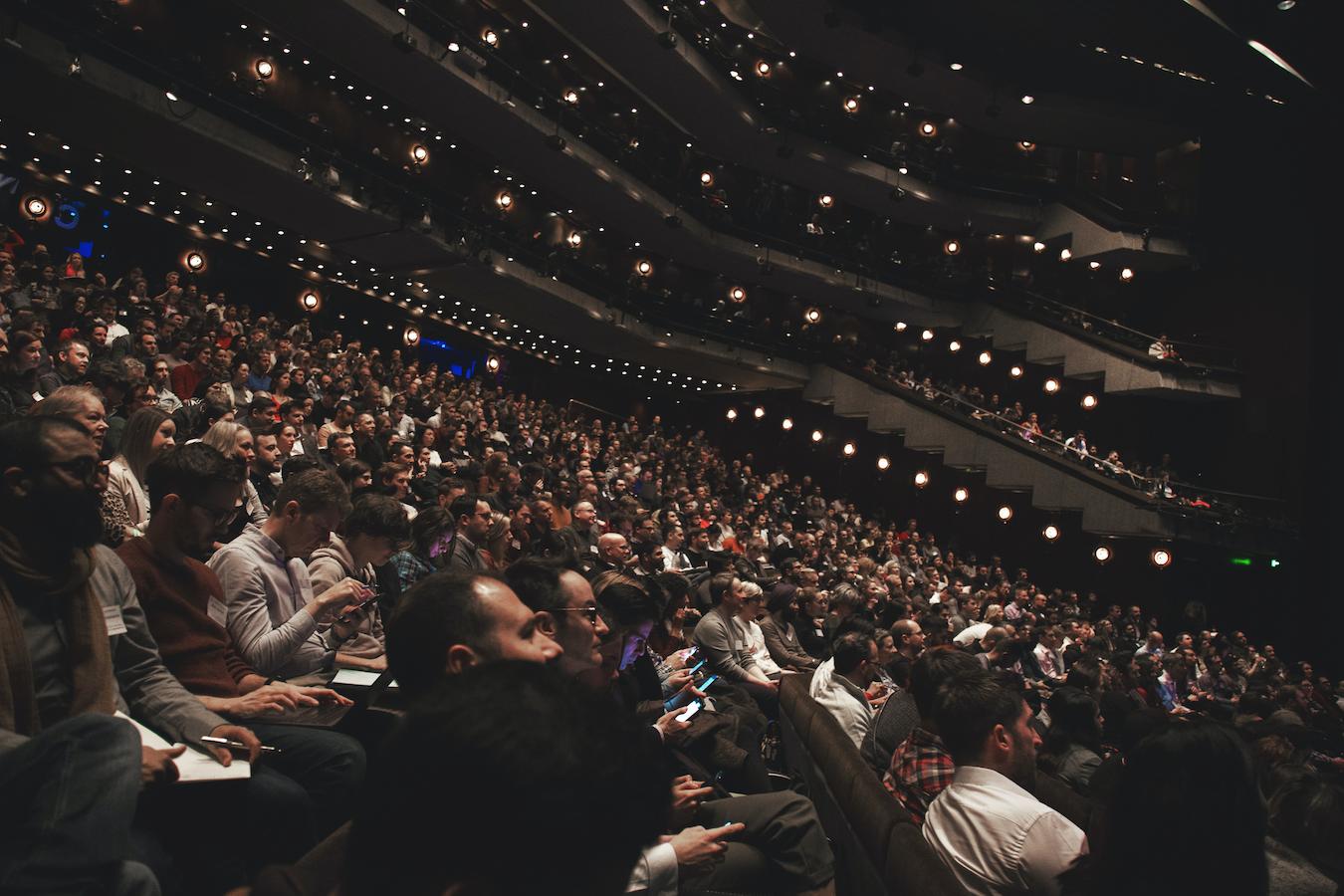 Often, motivational speaking is just one way that individuals seek to help and inspire those around them. But Brian Tracy does even more than that.

Don’t get me wrong. Brian Tracy is a well-known motivational speaker across the globe, and his achievements speak for themselves.

Brian Tracy International is a company whose mission is to help people, on an individual and an organizational level, grow and achieve their life goals. Brian Tracy is the CEO of this organization, and his entire brand is built on motivation and growth.

He is a well-established seminar leader, best-selling author, popular keynote speaker, and passionate researcher of various subjects. As a successful businessman, there’s not much he can’t do.

How MOTIVATIONAL Speakers Can Succeed At Public Speaking

Motivational speakers must use many tactics and fine-tune various skills to be considered “great.” That’s true for any profession or art.

So what are some key aspects of a great MOTIVATIONAL speaker?

#1. Makes the most of each day

Each day is precious, and finding purpose and passion in each passing moment is essential to living a fulfilling life.

Close-minded people don’t get far. Acculumating valuable life experiences give people the wisdom and courage to break down barriers.

It’s hard to reflect on yourself. However, people can develop new strengths and skills by properly responding to negative and positive criticism. 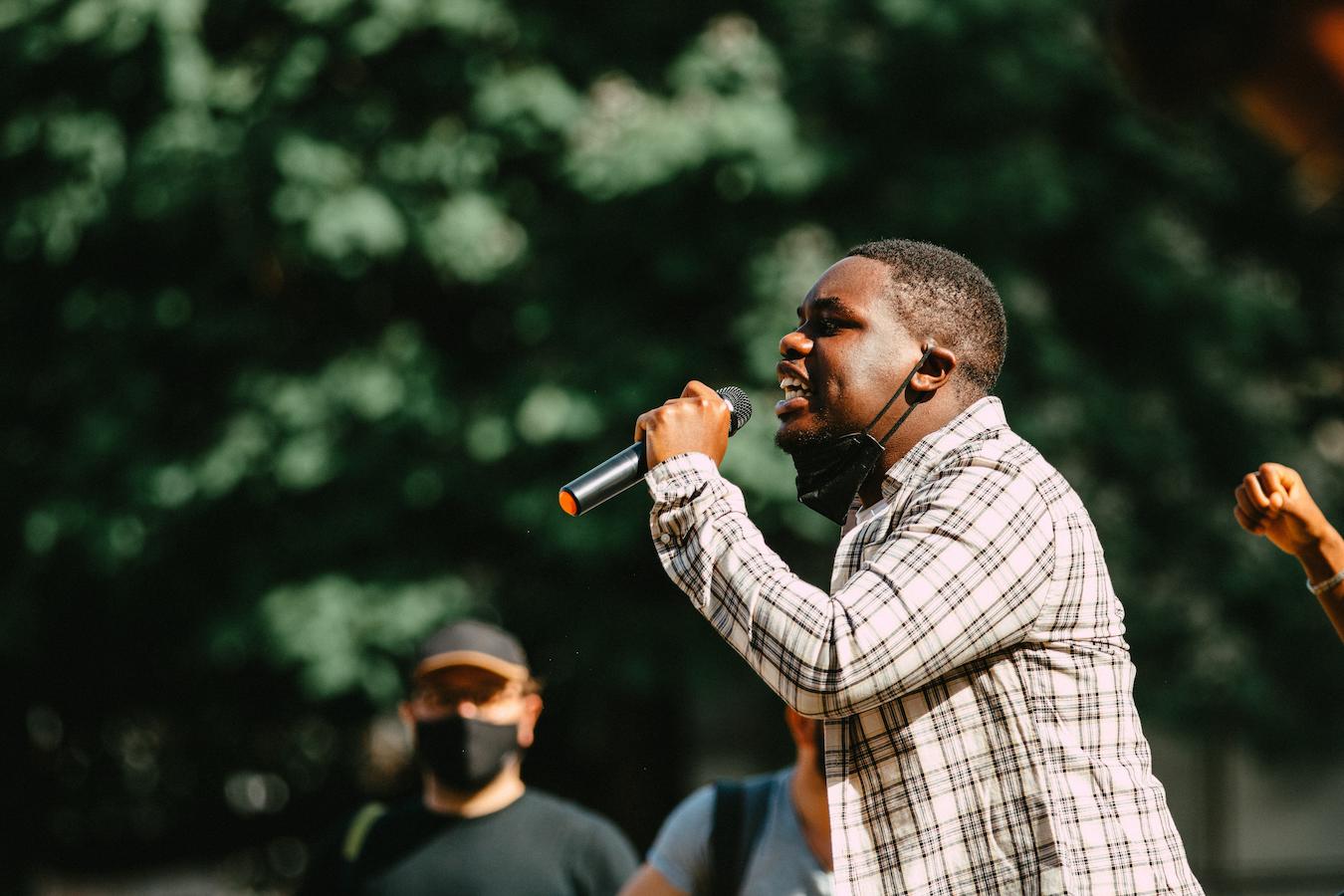 #4. Inspires people around them through actions, not just words

Motivational speakers can inspire people through persuasive speeches. But their message reaches new heights when their actions reflect the same motivational story.

#5. Views life in a new light, even after disheartening setbacks

It’s easy to feel your heart fill with bitter anger, especially after experiencing the unfairness of life. But the best motivational speakers take their setbacks and use them to positively inspire others.

#6. Attentive to what’s going on around them

Ignorance only serves to destroy knowledge and wisdom, while attentiveness and focus will accentuate it.

#7. They have a growth mindset, not a fixed one

The foundation of any great leader or motivational speaker starts with a growth mindset.

#8. Includes everyone in their message

#9. Operates with dignity and respect for others

The best public speakers treat everyone around them with respect.

#10. Navigates the emotions of those around them with ease

Emotional intelligence is one of the most powerful and incredible skills to have. And motivational speakers need to know how to touch the hearts of their audience to deliver their message properly. 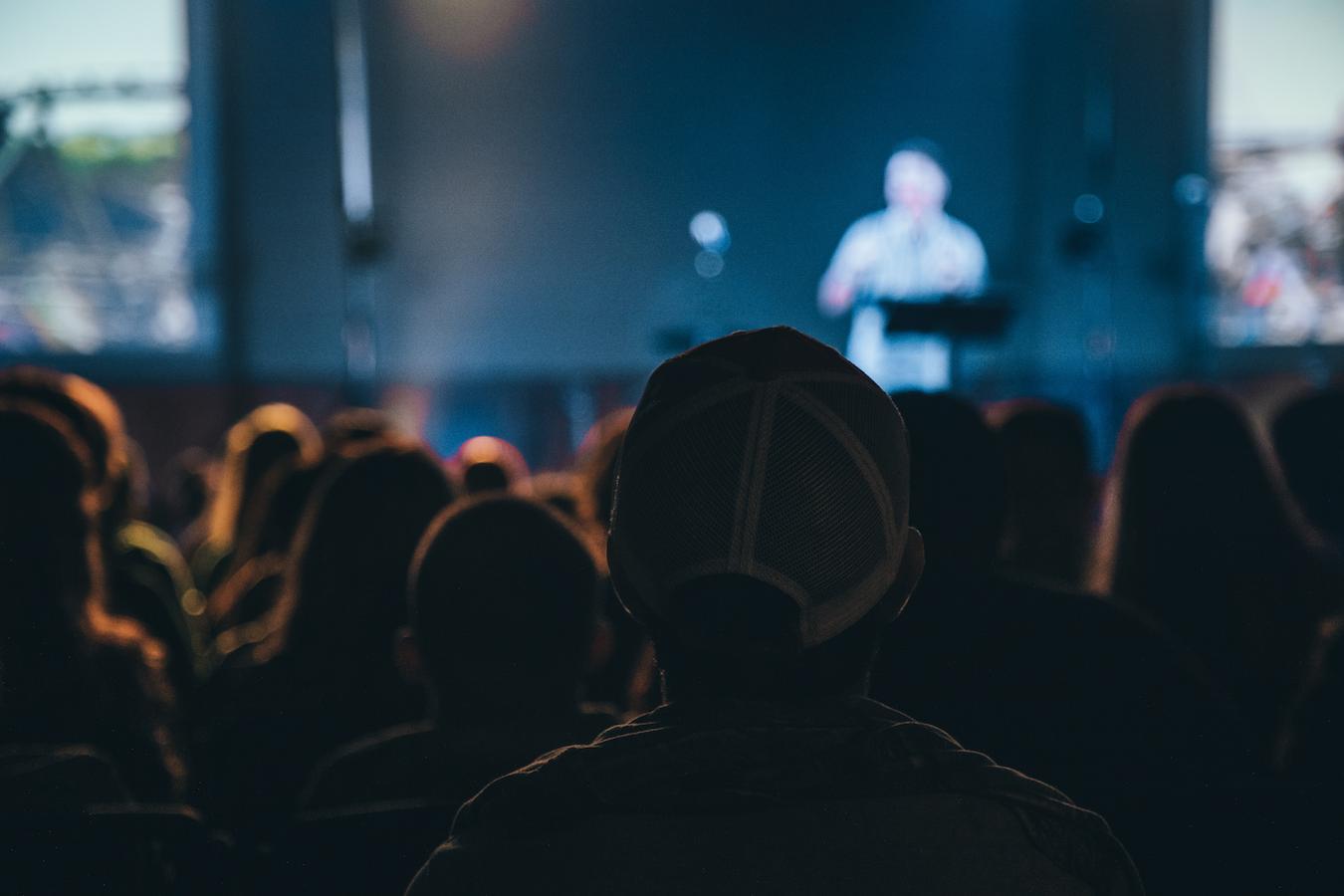 Bonus: 9 Tips For Being The Best Moderator

Dwayne Johnson is not only a profound and masterful motivational speaker, but he is also a popular household name.

Better known as “The Rock,” Dwayne Johnson gained a place in popular culture as a WWE wrestler in 1996. After that, he rose to fame as an actor and producer and starred in many popular films.

Twice, Dwayne Johnson made the list of Time’s 100 Most Influential People in the World. And he also founded the Dwayne Johnson Rock Foundation, a well-established charity that works with terminally ill and at-risk children.

That wasn’t The Rock’s only experience with charity, however. He’s also worked with charitable organizations such as the Make-A-Wish Foundation.

Not many celebrities spend considerable time and effort working to better the lives of others. That’s one of the many reasons why Dwayne Johnson is an incredible motivational speaker.

The Rock knows a thing or two about both acting and public speaking. His message is incredibly inspiring and has helped many people gain the passion and drive to meet their personal goals.

Not many motivational speakers have reached the same level of success as Eric Thomas. Eric Thomas is an exceptionally well-known leadership speaker across the globe.

Starting at 16 years old when he became homeless, Eric Thomas was always searching for a way to create a life he could be proud of. He never let his challenges beat him and used his incredible drive and passion for devising a better life for himself. 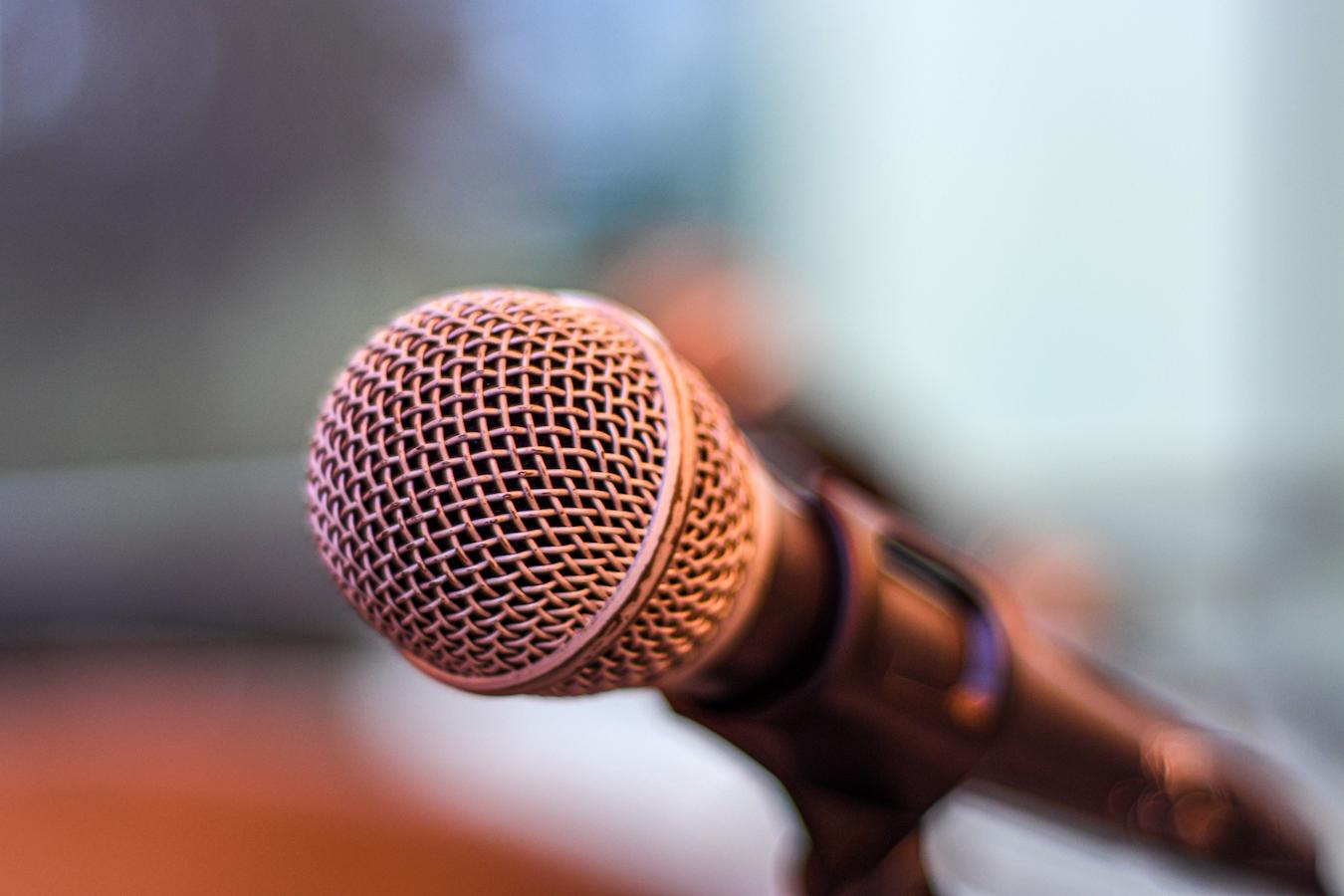 His YouTube series titled “Thank God It’s Monday” and his many best-selling books are just a couple of ways he spreads his inspirational message. His YouTube videos are also very motivational and extremely popular worldwide.

Eric Thomas also worked later to obtain the education he lost out on when he was homeless. He never stopped trying to learn and grow, and his profound actions only served to promote his message.

He also founded a company to provide education consulting, executive coaching for people and organizations, and athletic development. After the 2021 NBA championship, LeBron James even gave Eric Thomas credit for inspiring his win.

Eric Thomas is the man behind the famous quote, “When you want to succeed as bad as you want to breathe, then you’ll be successful.”

Les Brown is a popular and well-known motivational speaker for many reasons. He is able to use his charisma and contagious positivity to build rapport and cultivate beautiful connections with those around him.

Though Les Brown is now a successful resource for anyone from Fortune 500 CEOs to community leaders, he didn’t land there without some challenges.

His message is focused on achievement and reaching for your dreams, as that’s precisely what he did.

In fact, when Les Brown was growing up, he was labeled as a “slow learner” and was held back in school. But that didn’t stop him from overcoming it all and becoming the inspirational and influential man he is today.

Now, his catchphrase is “It’s possible!” and he spreads his message of optimism, possibility, and passion worldwide. His empowering message resonates with all who hear it.

Motivational speakers are some of the most powerful people in the world. Therefore, an inspirational message should never be underestimated!

Keep Reading: 8 Tips To Overcome Your Fear Of Public Speaking 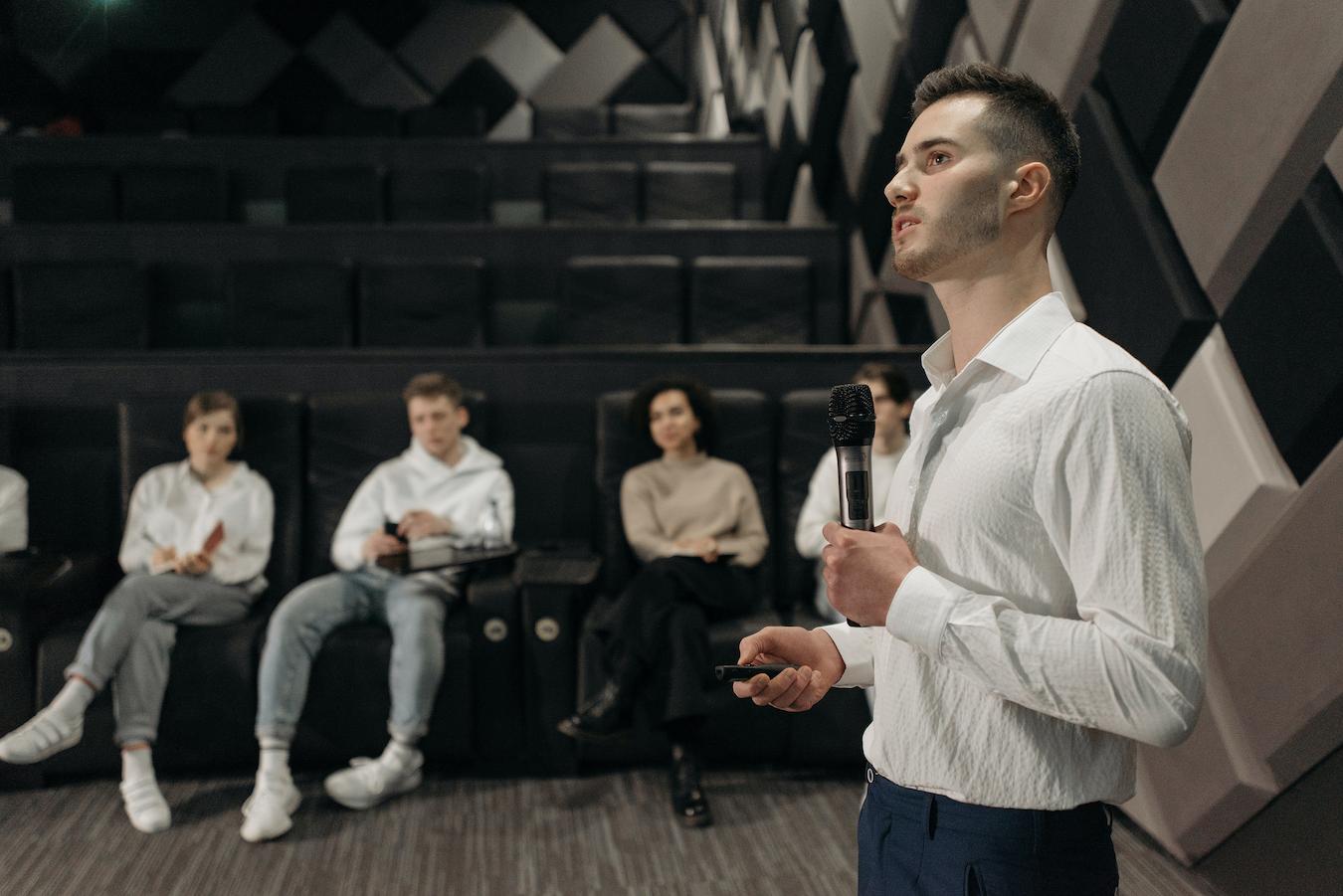 Speakers – How To Be A Great Emcee" />
Next Post

Speakers – How To Be A Great Emcee

Speakers – How To Be A Great Emcee