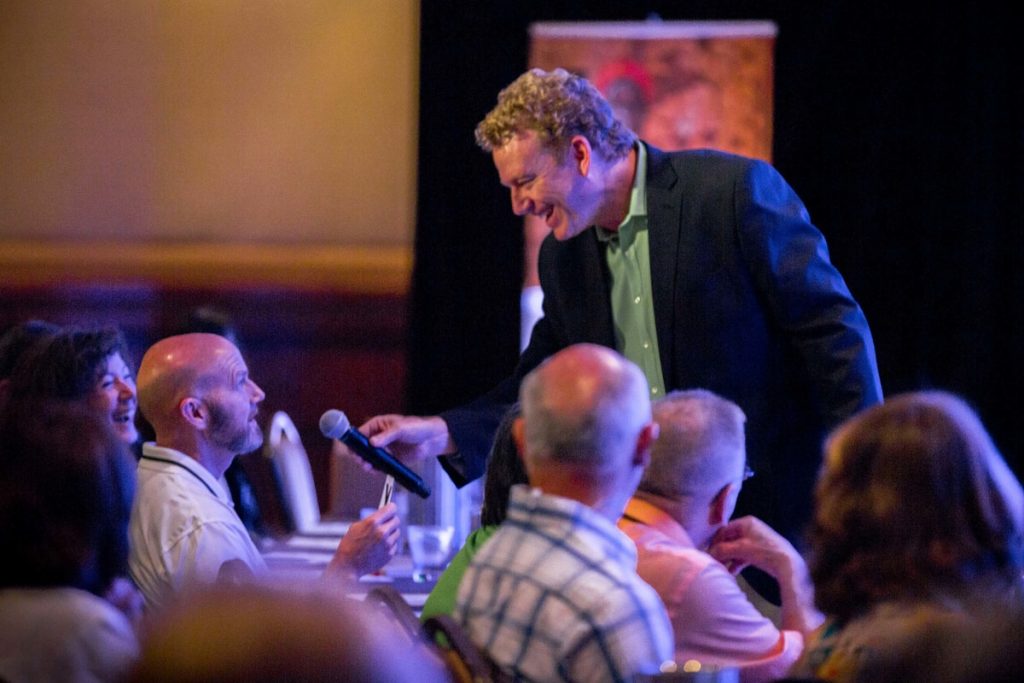 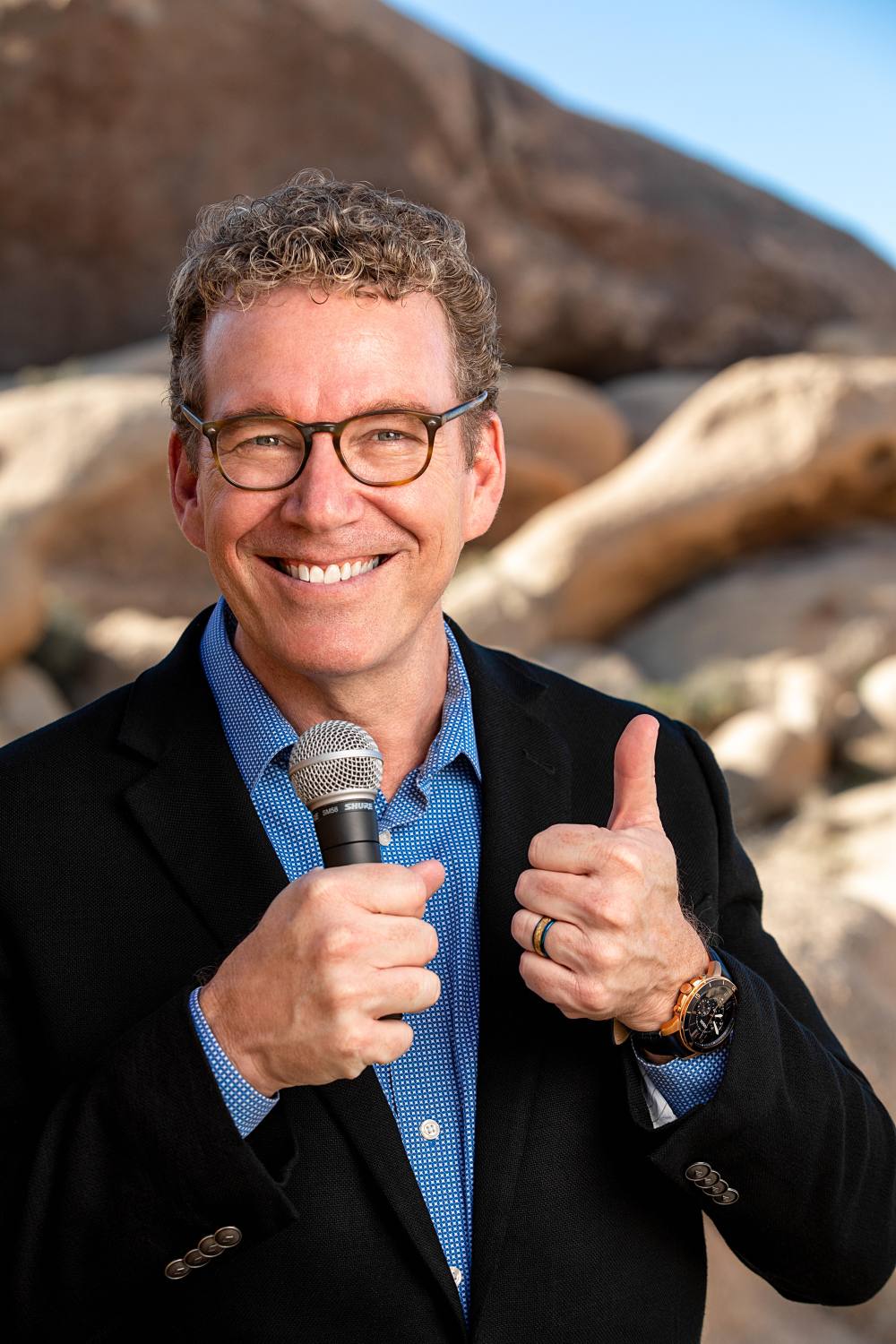 Adam works with organizations who want to experience how the magic of laughter can open doors and hearts in business and in life.

ExxonMobil executive Mark Green dubbed him the “Tom Brady of emcees.”
Media expert Michael Levine called him “one of the most engaging and entertaining presenters in America today.”

Adam Christing has delighted corporate, association, and non-profit audiences in 49 of the 50 U.S. states, Canada, Europe, and China with his unique blend of engagement, entertainment, and empowerment. In 2021, he received the “Best of Los Angeles Award” as the #1 Event Master of Ceremonies.

Hailed as a “meeting planner’s dream,” Adam is a favorite entertainer, emcee, and keynote speaker for hundreds of top organizations, including Toyota, COX, Coca-Cola, and Stanford University.

My goal is not to be the star of the event. I love being the “glue” that
joins all the pieces–the theme, the leadership, the attendees–together.
-Adam Christing

Adam earned a degree in Public Speaking from Biola University and has been named to the University’s “Alumni Hall of Fame.” He became a member of the world-famous Magic Castle in Hollywood at the age of 17. Since then, he has appeared on more than 100 radio and TV shows, including CNN, Fox News, Entertainment Tonight, and NBC Nightly News. He’s also been featured in national magazines and newspapers, including USA Today, FORTUNE, and The New York Times.

With a knack for “getting everybody laughing” together, Adam is the CEO of CleanComedians.com, and has been ranked among the top five after-dinner speakers in North America. He is the author of three personal growth and humor books published by Random House and Markin Books. His forthcoming book is called The Laughter Factor: The 5 Habits of Humorous People.

When he’s not on stage (in-person or virtually), Adam loves to play Disc Golf and teach his three-year-old grandson magic tricks.

Make Your Event A Hit With Adam As Your Master of Ceremonies, Interactive Comedian, or Keynote Speaker!

It was so good to meet you last week! You very quickly became one of us and supported and amplified the message we were attempting to share with our donors. Our team was very, very pleased with what you added to the event. Hopefully, we will see more of you in the future!

Adam, just wanted to drop you a note to say what an amazing job you did this last weekend at the RUF Summit. I may not have been to the RUF Summit before, but I have been to a ton of banquets/ seminars/ conventions etc., and you were exceptional. You were hilarious, engaging, and thoughtful a rare combination in that setting. The program moved and flowed in a timely yet not rushed manner, all difficult assignments!